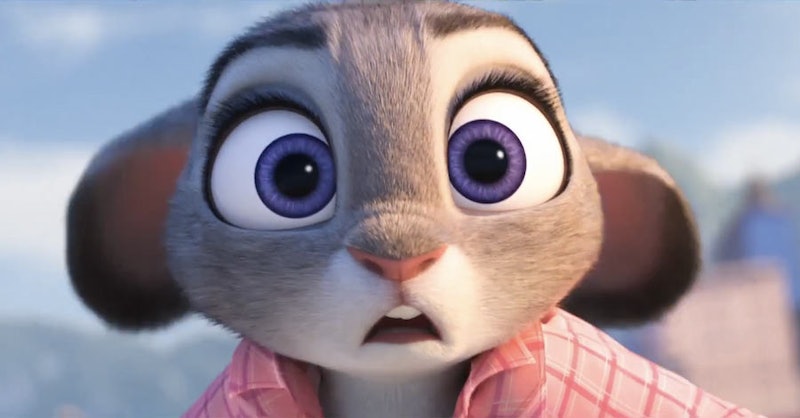 The most important movie of the year might just be a cartoon. Disney's Zootopia is cute and funny, yes, but surprisingly, the movie also features a strong message throughout —a message that, at this moment in time in the United States, is incredibly important for everyone to hear. In the current political climate where Donald Trump's strategy of scapegoating the "other" for the country's problems is inciting hate and and prejudice from millions of Americans, this little movie about a rabbit and a fox becoming best friends in spite of their historical and biological differences could not have come at a better time.

Zootopia is an exceedingly entertaining movie; one of Disney's best, in my opinion. It's laugh out loud hilarious, features a compelling, twisting plot that plays out like a classic whodunit, and has loads of memorable characters paired with breathtaking animation. But if you take all that away, the film is basically a parable about the dangers of racism. And while that topic has always been present in the world, it certainly seems to have come out of the shadows recently, with even the KKK openly endorsing the frontrunner for the GOP's presidential nomination. Yet Zootopia's take on it is why every kid — heck, every adult — should see this movie.

Some spoilers to follow. The film begins with some world-building exposition by way of a children's play. Young rabbit Judy Hopps and her classmates explain how thousands of years ago, predators and prey were natural enemies, but then they evolved and today live together in harmony in a manner that's essentially identical to American society today. But those underlying prejudices remain. When Judy wants to move to the big city of Zootopia to become the first rabbit cop, her carrot farmer parents oppose the idea, largely because they're worried about untrustworthy foxes out in the world.

When a crime spree threatens Zootopia, Judy sets aside her own unspoken prejudices against foxes when she teams up with Nick Wilde, a fox con artist. The two of them develop a friendship as they attempt to uncover what is causing predators of Zootopia to go savage, and in doing so, Judy has to face her own deep-seated mistrust of foxes. Without realizing it, her insinuation that predators may be biologically inclined to go after prey not only hurts Nick personally, but it has a disastrous effect on the harmonious society of Zootopia.

And the movie displays this effect in subtle, yet very poignant and all-too-realistic ways, like when a rabbit mother slyly moves her child closer to her when a tiger sits next to them on the subway, and when a friendly cheetah is forced to change jobs because he is now deemed too threatening of a presence to work the front desk at his police station. These reference the culture of fear that evolves in Zootopia because of predators turning savage, a process that was exacerbated because of Judy's implication that there was a biological reason for it.

And that's just the start. This movie should be viewed as a mirror to our own world — if people continue to make judgements based solely on the appearances of others and let their prejudices be their guide, then our society simply doesn't function. The film's message that people need to be nonjudgemental and work together is essential, especially right, now when certain presidential candidates are implying that the opposite is true. I am proud of Zootopia for addressing this issue, and am hopeful that other movies will soon follow suit.