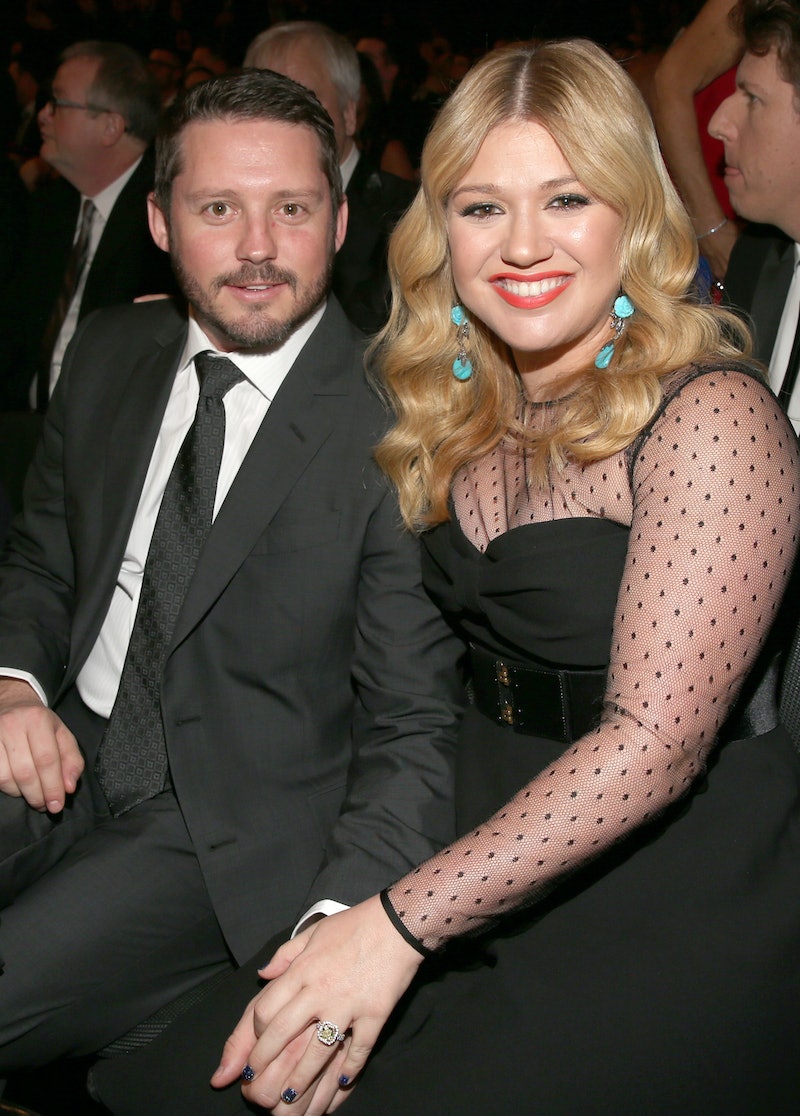 It's been a little less than a week since Kelly Clarkson's emotional performance of "Piece by Piece" on American Idol , and I cannot stop thinking about it. Though the inspirational track has been a standout ever since the release of her 2015 album of the same name, there was something about seeing Clarkson get so choked up (and taking Keith Urban right along with her) that made the tune even more real and raw than it already is. The song details Clarkson's childhood with an absent father and how her husband, Brandon Blackstock, made her realize what it means to be a caring dad and a loving man ("Piece by piece, he restored my faith, that a man could be kind and a father could stay," she sings.) So, how did Kelly Clarkson and Brandon Blackstock meet in the first place.

The happily-in-love couple have been married for almost three years, have a total of three children between them and one on the way (in addition to their daughter River Rose and the one that's cookin', Clarkson is step-mom to Blackstock's two children from his previous marriage). But let's take it back to the beginning, where the magic all started and Clarkson and Blackstock first fell in love.

Clarkson's manager is Narvel Blackstock, Brandon's father, and he kind of re-introduced the two at the 2012 Super Bowl, where the Idol alum performed the National Anthem. Though Clarkson had had ties with the Blackstock family for years (in addition to Narvel, Brandon's step-mom is Reba McEntire, with whom Clarkson duetted on several occasions), she didn't actually view her future husband in a romantic light until that fateful Super Bowl in 2012.

"Brandon is my manager's son. I've known him for six years but he was married for most of that time," she told the Daily Mail later that year. "Then, suddenly, there he was at the Super Bowl and he was single…"

So while Clarkson and Blackstock have known each other since 2006, they didn't start talking until they found themselves single at the same time, Clarkson told Cosmo in 2013.

However, things clearly blossomed (and quick!) from the Super Bowl, with Blackstock popping the question in December 2012, the two tying the knot in October 2013, and welcoming baby girl River Rose in June 2014. 2016 will bring with it the birth of their second child, a baby boy.

"I've never been truly loved like I am right now," Clarkson told Cosmo of finding romance with Blackstock.

The happiness just reverberates from every interview she does, even when describing the bittersweet feeling of watching her husband with their kids — something that she never had as a child.

"Watching my husband love on his daughter all the time, you know, go to her events and just be there and, like, be present is, like, hard to watch but beautiful to watch," the singer told Ryan Seacrest after her Idol performance of "Piece by Piece". "I know that my kids are going to have that." And to think, it all started with an introduction from Grandpa.