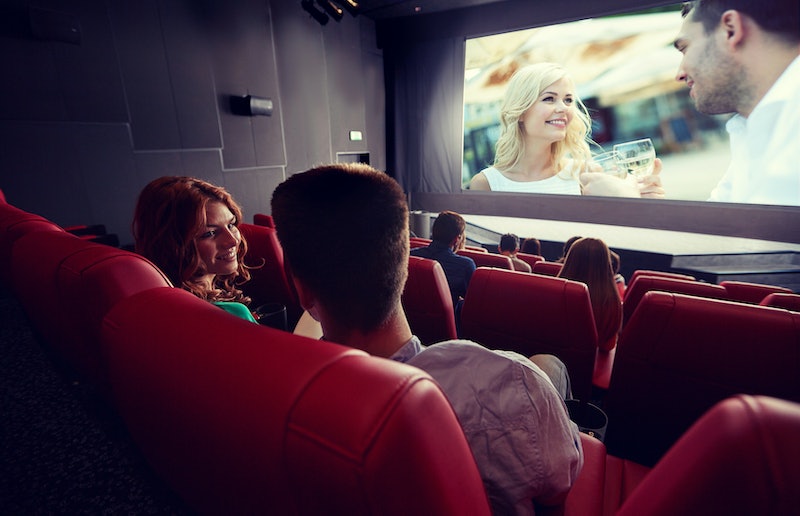 When it comes to first dates, I firmly believe going to the movies is a bad date idea. First, I want to make it clear that I’m not hating on the movies by any means; movies are great, but maybe they should be saved for dates further down the road. I’ve personally taken many of my dates to the movies. I’m just saying not many of them went as well as they could have had I taken them to do something a little more adventurous. So, I guess what I’m really saying here is that it’s one of the worst first date ideas.

First dates are important as they’re the commitment that let’s you get to know a potential mate better away from popular impersonal means, such as the phone and computer screen. It is the date that allows you to judge whether you want to go for a second one. But how are you going to do all this while seated in a reclining theatre chair next to dozens of other people, a serving of popcorn that could feed a family seated on your lap, and the surround sound from a massive speaker blaring throughout the room? Not to mention, on top of all this, you're stationed in a room that is essentially pitch black if it weren’t for the massive screen that’s somehow only as effective as a nightlight when you're looking for the exit to go to the bathroom.

So, here's why you may want to reconsider a movie date as your first one.

Aside from their opinion on the movie, what else do you know about your date after a trip to the movies? Nada. The movie date is generally spent in silence sitting next to each other. You could have texted with your date for another week and found out just as much, if not more, than you did physically sitting next to them.

You’ve just walked into the movie with your date and you’re already down over $20 for two tickets. You then head over to the concession stand for some “snacks” that, as you discover, cost more than an entree at a Michelin star restaurant. After paying, you enter the theater juggling an oil drum’s worth of popcorn, a bucket of soda, your movie ticket, and the 3-D glasses required for your film. Best of luck, pal.

A movie date is the quintessential date that singles have been going on for generations. We do it. Your parents did it. Even your grandparents did it. It’s not exactly creative or romantic. For anyone. Way to sweep them off their feet!

4. It Can Get Awkward

Sitting silently beside somebody you may have romantic feelings for is weird, and has been since sixth grade. Do you put your arm around them? Share an armrest? Offer them a drink of your beverage?

This situation is made even weirder when a sex scene suddenly pops up on screen, which almost matches the embarrassment that comes with watching a sex scene with your parents.

Which in turn could mean the date might suck by association. Going to a movie is a gamble, whether it’s a first date or not. But there you are, $40+ poorer, having just seen the horror equivalent to Gigli, sat beside somebody you still consider a complete stranger.

So then you have to decide on another movie to watch with your date, who still happens to be something of a stranger. And it’s probably a movie neither of you want to see all that bad.

That, or the movie may be nearly sold out, and you’re stuck watching the movie in the front row staring vertically at the screen. Enjoy that neck cramp for the next week!

Basically, you sat in a dark room beside a person who could have been anybody because you never really saw or spoke to them. Did you even get a chance to see what your date looked like? Did they look anything like their pictures? Have adorable facial expressions? Who knows!