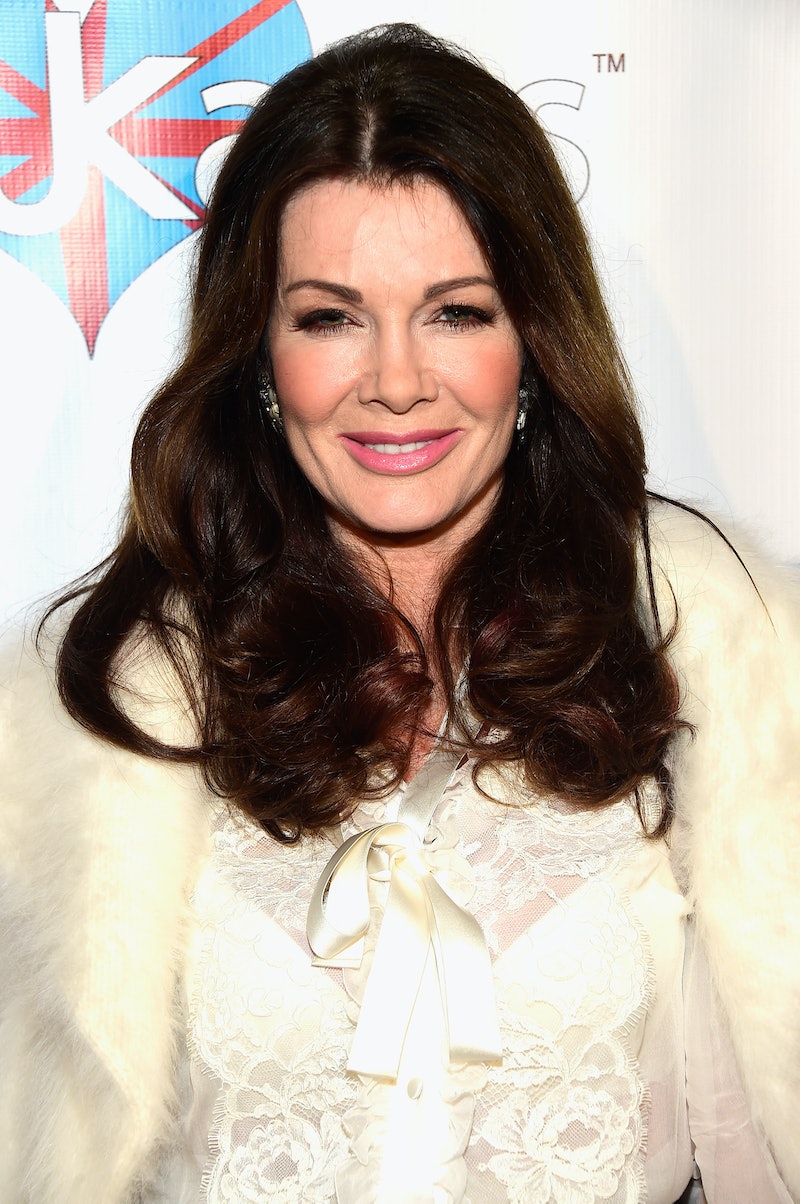 On the current season of Real Housewives of Beverly Hills, all of the ladies have been opening up about issues and sharing their personal secrets. Well, everyone except Lisa Vanderpump. And for some reason the other women are hating on her for that. They prodded her to open up about her problems and she basically said that she doesn't really have any right now. At first I wondered if that was even possible, but then I thought about it: Lisa is rich. Yes, they all have money, but Lisa is very well off. Maybe she can just buy her problems away? Perhaps a look at Lisa Vanderpump's net worth is in order. Of course, money doesn't buy happiness, but maybe Lisa is truly at peace with her multiple businesses and giant home complete with a swan moat.

Lisa has to be worth a lot of money. She owns several restaurants with her husband, Ken Todd, and stars in both Real Housewives of Beverly Hills and Vanderpump Rules . The palatial mansion that she lives is basically an animal shelter at this point with all of the pets that she is housing and taking care of. She is always dressed to the nines with designer clothing and accessories. And on top of that, it seems like she is always sharing her money and time to various charitable causes.

It turns out that my girl Lisa Vanderpump has a reported net worth of $65 million. The woman is indisputably loaded. But how did she get so rich? She is a very busy lady.

All Bravo watchers are familiar with Lisa's restaurants Villa Blanca, SUR, and Pump, but she actually owns even more than that. Lisa and Ken have 26 restaurants and bars, and I am sure that number is still growing. It seems like these two never stop working.

Her staring roles on Bravo reality TV shows Real Housewives of Beverly Hills and Vanderpump Rules have brought Lisa the most fame, but this is definitely not how she's made her most money. It is reported by Celebrity Net Worth that she earns $500,000 a season on Housewives. Plus, her dog Giggy even has his own Bravo contract.

Lisa's filmography is actually a little humorous. She appeared in a Baywatch spin-off series called Baywatch Nights. She also stared in a short-lived British TV series called Kids back in the 1970s. For the most part her acting credits are for roles in UK projects that didn't last very long, but once she became a Housewife she stared as herself for some cameo appearances. Lisa appeared in the Lady Gaga video for "G.U.Y." and guest starred on an episode of The Comeback playing the role she knows best: Lisa Vanderpump.

Lisa has partnered with Epione Beverly Hills to endorse a skincare line full of anti-aging and moisturizing products. If anyone knows the secret to staying youthful, it's Lisa Vanderpump, so this is a perfect pairing.

Lisa has her own line of sangria called LVP Sangria. She sells it in her restaurants and is working on expanding the line's distribution in stores, online, and in other establishments.

It was only logical for Lisa to have her own line of home products — the woman has impeccable taste. She has a collection for Joss & Main aptly titled VANDERPUMP Beverly Hills full of products like champagne flutes, service trays, and napkin rings.

Lisa always has the best things to say on both RHOBH and Vanderpump Rules, so it makes sense that someone has capitalized on her witty words. She is a regular contributor to Beverly Hills Lifestyle Magazine as a writer.

Lisa loves all animals and is always super fashionable so it was only a matter of time before she started designing pet products. Lisa has a line called Vanderpump Pets full of toys, outfits, collars, carriers, and other accessories.

It's no secret that Lisa loves her diamonds and now you can accessorize like the queen by rocking pieces from her Lisa Vanderpump Evine jewelry line. And believe it or not, the line is pretty affordable too with prices ranging from about $10 to a little under $60. Not a bad price at all for that Lisa Vanderpump essence!

Just like every other reality TV star out there, Lisa does shameless product plugs on Instagram. You hate to see it, but even Lisa has succumbed to this pressure.

It's crazy to think that us normal people have the same amount of hours in a day as Lisa Vanderpump, yet she gets way more done than most humans could ever imagine. And this is exactly why her net worth is more than mine could ever be!