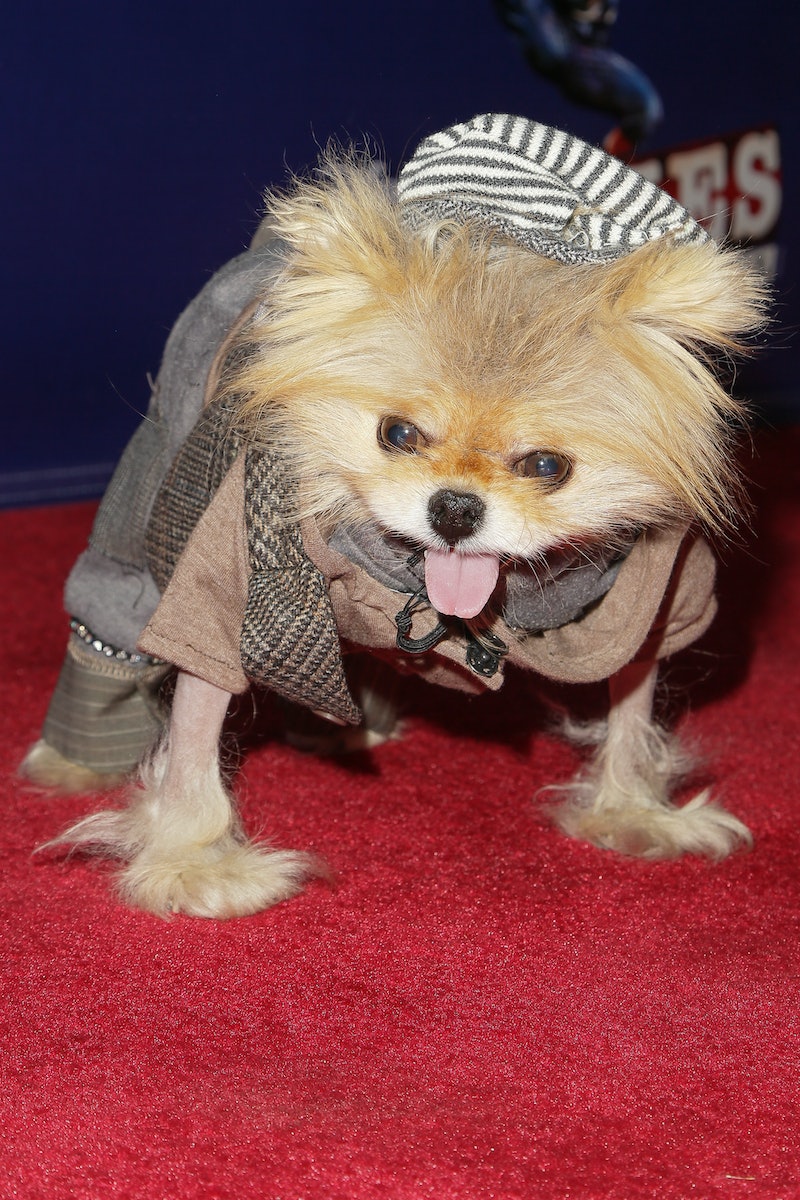 The cast of Real Housewives of Beverly has changed quite a bit over the years, but one constant presence has been Giggy, Lisa Vanderpump's dog and adorable sidekick. He has been on the show since the very beginning, stealing the spotlight with his cute personality and even cuter outfits. But there is a lot more to Giggy than being one of the Real Pets of Beverly Hills. He is a star in his own right. In fact, there are probably a lot of interesting facts that you never knew about Giggy. He might even be the most fascinating creature in the cast — no shade to the humans.

Even though he's a dog, Giggy leads a pretty glamorous life, one that most people would be jealous of. He has the most stylish wardrobe, hangs out with famous celebrities, goes on the best vacations, and now he has fame and notoriety. Giggy is really living the life.

At first glance, it seemed like Giggy could have been a glorified accessory to Lisa Vanderpump, but there's a lot more to this dog. Yes, I just said that. I know it sounds ridiculous, and yes, it sort of is, but there really are a lot of interesting facts about the little pup.

1. He Has Kicked It With Drake

I wish I knew the story behind this, but the only information I have is that Drake is listed as one of Giggy's "Celebrity Friends" on his official website. Yes, Giggy has an official website. And I guess the two stars were hanging out at Sur.

2. He Has Had Dinner With Jennifer Lawrence

We all know that Jennifer Lawrence is a Bravo super fan, so it's safe to say that Giggy and J. Law were equally excited to see each other.

3. He Has A Contract With Bravo

When Lisa was working out her initial deal to star on RHOBH, she made sure that Giggy had his own contract with Bravo. I am not at all shocked. The dog is a real star.

4. He Has A Bond With Lady Gaga

Along with the ladies of RHOBH, Giggy was invited to be in Lady Gaga's music video for her song "G.U.Y." The two have stayed in touch since then and have been spotting hanging out at SUR several times.

Giggy has his own contract with Bravo and a pretty relevant celebrity presence, so it's not at all shocking that he has become signed talent. Giggy signed with Creative Artists Agency in 2011. To put this into perspective, CAA is the same agency that reps Brad Pitt, Julia Roberts, and Reese Witherspoon. Pretty impressive stuff for a dog.

6. He Has His Own Social Media Accounts

It's only logical for Giggy to have his own social media presence. He has his own Twitter and Instagram accounts that he uses to show off his wardrobe and promote the projects he and his "mistress" Lisa Vanderpump are involved with.

At this point, Giggy is a glorified style icon, but his wardrobe actually has more of a purpose than fashion. Giggy has a disease called Alopecia which causes him to lose his hair. He dresses up to shield his skin from the elements and prevent sunburn.

8. His Given Name Is Gigolo

Giggy is actually a nickname for Gigolo. This is explained on the dog's official website: "My name is Gigolo, but many call me Giggy. My owner decided on the name as she saw me to be possibly the sexiest, cutest, most attractive little dog on this planet." Makes sense to me.

9. He's The Spokesdog For Vanderpump Pets

This is not some spoiled dog — he contributes to the Vanderpump fortune. In fact, he models and serves as the spokesdog for Lisa's Vanderpump Pets line of clothing and accessories.

RHOBH viewers got a behind-the-scenes look at Lisa receiving a star on the Palm Springs Walk of Fame, but she wasn't the only one to be acknowledged that day. Giggy actually received an honorary star!

Yes, Giggy really fits in well with the Beverly Hills lifestyle, but he is not a California native. As a matter of fact, Giggy moved from West Virginia to California when he was a birthday gift for Lisa Vanderpump in 2009.

We all know that Giggy is Lisa and Ken's baby, but he still had a relationship with his biological father. Lisa and Ken adopted Giggy's father Daddio and the whole family lived together in Beverly Hills up until recently when Daddio sadly passed away.

I never thought that I could feel inferior to a dog, but I actually kind of do. Giggy has seen and done a lot of cool things. You can even say that he's one of the biggest stars on Real Housewives of Beverly Hills. All he needs is a tag line on the next season's introduction to make things more official.