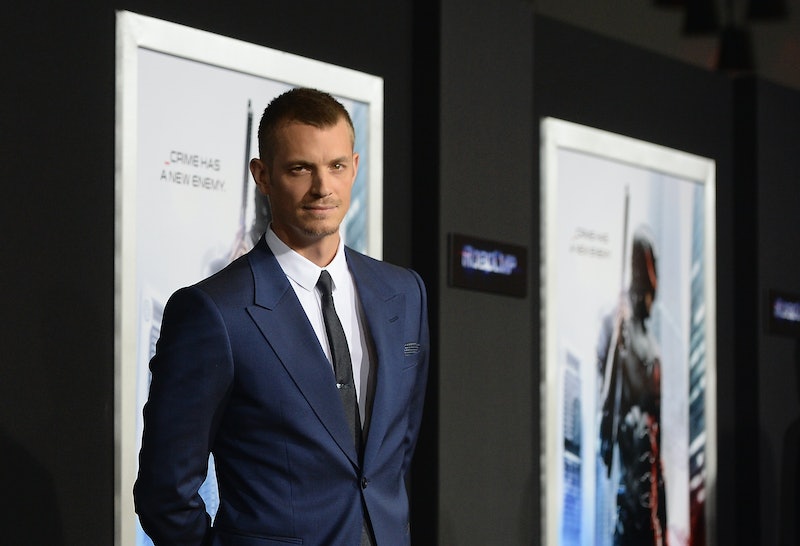 One of the best things about a new season of television is getting to meet the exciting new characters the writers have in store for us. Obviously it's great getting to catch up with all of our old favorites again after months off the air — but any long-running TV series needs an injection of new blood every year to keep it chugging along without losing steam. And Netflix's House Of Cards is no different; Season 4 of the show, which premiered Friday, is packed to the gills with new characters, played by the likes of Neve Campbell (Scream), Ellen Burstyn (Requiem For A Dream), Cicely Tyson (How To Get Away With Murder), and Joel Kinnaman (The Killing). But Netflix has kept quite a tight lid on who exactly these newcomers are playing until now. In Episode 1, fans learned Joel Kinnaman plays Will Conway on House Of Cards, the Republican nominee for President, which puts Conway in direct opposition to Frank. That's a dangerous place to be.

By the time Netflix got around to unveiling Kinnaman's involvement in the fourth season of their award-winning political thriller, the actor was already knee-deep in production — made apparent when the streaming service's announcement of his casting consisted of a promotional still of Kinnaman in character, facing off against Kevin Spacey's President Frank Underwood. The tweet bore the caption, "Welcome to Washington, Joel Kinnaman," although it did little to disclose the identity of Kinnaman's role beyond the fact that he would meet Frank face to face.

Now that we know he's Frank's opponent, I can only say that I sure hope that Kinnaman's character knows exactly what he's gotten himself into… Since Frank has a habit of chewing up and spitting out anything and anyone who gets in his way, I wouldn't start taking bets on the longevity of Kinnaman's time on the show. Then again, maybe — just maybe — he could finally be the opponent that does the President in for good? The inevitable collapse of Frank's precarious house of cards has to start sometime, after all.

And, while Kinnaman's character doesn't have a direct corollary in the original British House Of Cards (Netflix's series is more *inspired* by that version than a strict adaptation of it), he could be a variation on Tom Makepeace, Prime Minister Francis Urquhart's foreign secretary-turned-main adversary… and a man who's instrumental in bringing about the corrupt politician's downfall. He even becomes Prime Minister in Francis' stead at the end of the series after (spoiler alert!) Urquhart is shot down in an assassination arranged by his own wife.

So, will Kinnaman's character be merely another disposal opponent-of-the-season? Or will he somehow miraculously be the only one left standing when Frank's reign of terror finally comes to an end? Now that all 13 episodes of Cards' fourth season have debuted, marathon away and you can answer all those questions and more.