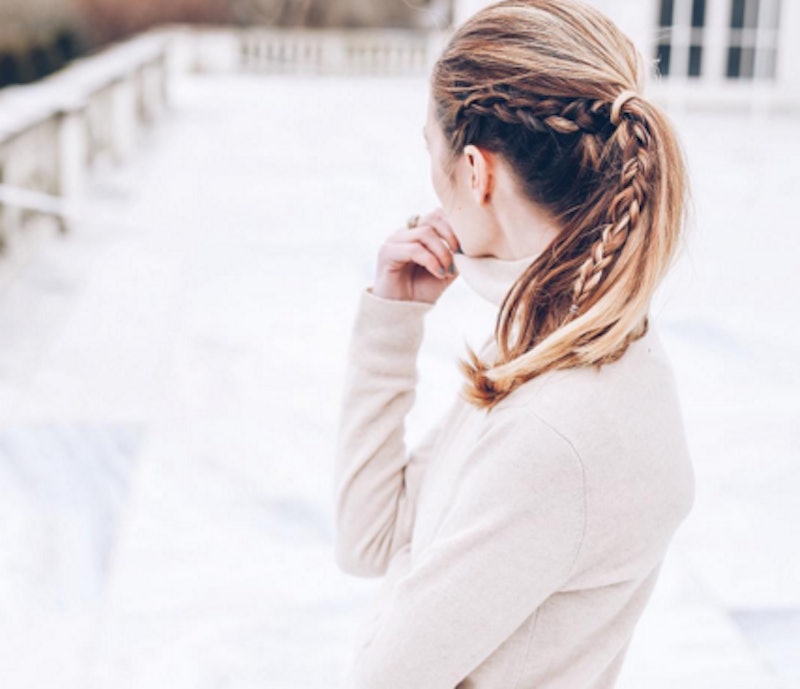 It seems like an impossible concept — a loophole in the fabric of the universe — but you really can learn how to cancel plans politely where you don't end up looking like an asshat. I mean, it happens to the best of us: All week long you were looking forward to beers/gelato store openings/book club meetings, and just as the plans begin to approach... you're suddenly not interested. Fully, completely, done with it. And so it's time to do the cringe-worthy: Call up your friends and bail on them fully, with a pained smile and a promise for a rain-check.

Sometimes they'll be miffed, sometimes they won't, but nine out of 10 times you'll have to wrestle with guilt until the deed is done. But even though you bailing on evening plans is totally inconvenient, you can still do it in a way that won't have your friends building voodoo dolls out of you. With a couple of moves, you can approach the situation with tact, etiquette, and just enough amount of groveling. Trust me, it's not as impossible as it sounds. All you need is the right apology, and a couple of alternatives to what you were originally supposed to do that night. Below are seven tips on how to cancel plans without ruffling any feathers.

Hey, you never know, they might not be into meeting up, either. So to save yourself the guilt trip, text them gauging their mood for the plans for tonight. Etiquette blogger Victoria Pratt offered, "Give the other person an out...Call the person to gauge their mood, say something like, 'I am still in if you are, but how are you still feeling about seeing that movie tonight?' And perhaps they will be just as happy as you to cancel." In an ideal world, ya'll.

2. Apologize For What You're About To Do

Whether it's because you have a valid excuse (you've contracted the Black Plague) or because you don't feel like leaving your sweatpants and know you'll be crap company (both are valid — it's your life, after all), you need to apologize for throwing someone's schedule into a loop. Chances are the person you're flaking on bowed out of other plans to hang out with you, and now they'll have a big gap in their evening that isn't ideal.

It's disappointing, and you should apologize for letting them down. Lifestyle writer Thorin Klosowski from Lifehack said, "Apologize honestly and they'll be much more likely to take your side." You've got to bite the bullet

If the reason you're flaking is because you're not in the mood to do said activity (or were never keen on the idea to begin with,) then suggest a new plan! Klosowski mentioned, "Offer up a new idea for something to do that fits better with what you and your friend like to do. If that doesn't work, see if you can meet up with your friend afterwards."

If you're in a lazy mood and can't be bothered to put on mascara, suggest you skip the trendy whisky bar and go to a movie instead. Or if you're in the mood to take advantage of the first warm day you've had in months, propose you take your dinner plans to somewhere with a patio. That way you don't have to leave them high and dry. And if that doesn't float, then just like Klosowski suggested, offer to meet up afterwards.

Even if the reason is "I just want to eat Tostitos and watch Emperor's New Groove," tell your friends the truth. We've all had those lazy days and — even if they might be annoyed with you — they'll understand and appreciate you being honest. There's nothing worse than being handed an obvious excuse, or having to keep up with a web of lies. Lifestyle writer Julie Gerstein from lifestyle site The Frisky shared, "I did this for years because I felt so guilty anytime I couldn’t make it to something but I’ve realized it just makes it worse." No matter how dumb your reason, just stick to the truth.

Ugh, that word. We've all been on the receiving end of that word at least once, so you know the mental eye roll that accompanies hearing it. But if you're bailing on your pal, a fast way to smooth down their feathers is to promise to do it again, and soon. Lifestyle site Hello Beautiful explained, "By keeping the communication open and making it clear that you do want to take a rain-check, the other person doesn’t feel as slighted."

But on top of that, offer to make it up to them with a small bribe — ya know we all like bribes. Promise that you'll get them a fancy cocktail next time you go, or the first round of finger foods are on you. And here's the important part: actually do it. What's worse than the words "rain check" is fake courtesy. Don't be that guy.

6. Invite Them Into The Reason You're Bailing

Feeling way too lazy to go outside? Text your friend you'll bring the bar to her if she comes over, and go and buy the fixins for a fancy cocktail. Is there something more interesting happening that night than getting dim sum with your pal? That's totally fine — but invite them with!

Lifestyle writer Krista Burton from Rookie gave this advice when dealing with a flaky friend, "Don’t kick this friend to the curb. Be patient with her, and try working yourself into plans she already has. For her, setting aside a specific time to leisurely hang out is a no-can-do right now, so running errands with her or studying with her is your best bet." Whether you're busy, a sloth, or found something more cool to do, weave your jilted pal into the plan.

7. And If Their Feathers Do Get Ruffled, Explain The Root Of Your Flakiness

Sometimes you'll get push-back which, depending on the plans, should be sort of expected. But if your friend calls you out on bailing, be honest and explain the root of your decision. Psychologist Dr. Andrea Bonior, Ph.D. from Psychology Today advised, "Often, flaking out on plans is a clue that something else is going on: You've overbooked your life, or you're not really into certain friends but just hanging on as a sense of obligation. Ask yourself if there is something you're hiding from or not admitting to yourself."

If all you want to do is Netflix marathon, explain why you're so tired. If you feel socially exhausted, let them into why that's so. Letting someone into the root of a problem is so much stronger than a simple excuse, so lay your cards on the table.

Now that you have these maneuvers in your tool kit, try to use them for good and not evil. Don't go jilting everyone in your phone book... but if you do, at least I can sleep easy knowing they won't be mad.