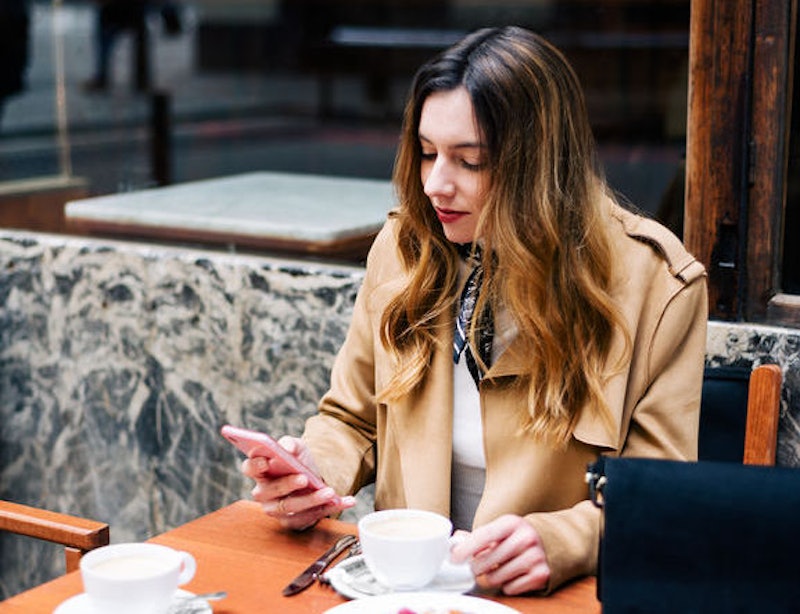 Today is National Grammar Day, a day writers and editors appreciate very, very much. Correct grammar and spelling has decidedly been thrown into the metaphorical trash bin, thanks to the subsequent popularity in shorthand, text speak, emojis memes, etc. — basically, a lot of things that have become popular because of the Internet. But do singles care about grammar as much as editors do? The answer, you may be surprised to find, is a resounding yes.

While other professions may not feel as passionately about this holiday (which I’m not quite sure how it should be celebrated respectfully, to be honest) it would appear that singles can greatly profit from the proper use of grammar – at least that’s what dating website Zoosk discovered after surveying over 9,400 respondents regarding the effectiveness of proper grammar when chatting with potential dates on their website. Essentially, the research found that this kind of intelligence is sexy, which is great! In contrast, this lack of knowledge proved that people view those who don’t use proper grammar as “unintelligent” or even “lazy”.

The take-home from all of this? Proof-read your messages between a potential partner because it can greatly increase your chances of getting a response. How much will this help? Here's what the survey discovered:

I guess I shouldn’t be surprised, but it would appear I’m in the minority. Sixty-five percent of women consider poor grammar a dealbreaker in potential relationships while 60 percent of men wouldn’t let poor grammar get in the way of a potential date.

Do you hate blatant spelling errors, like when someone uses “alot” rather than “a lot”? Well you’re not alone. Nearly three in four women (72 percent) are most turned off by a potential partner who can’t spell, decreasing their chances of receiving a response by as much as 12 percent.

3. But These Errors Are The Worst Of The Worst

According to those surveyed, blatant spelling errors on words we should all know to spell were the worst among daters (64 percent!). Coming in second were discrepancies between “there”, “their”, and “they’re” (15 percent), followed by “your” and “you’re”, the inappropriate use of apostrophes or commas (seven percent), and finally, the mixing up of “its” and “it’s”.

5. Exclamation Marks In Place Of Periods Are Appreciated

Zoosk users who included an exclamation mark instead of a period in their first message were 10 percent more likely to receive a response.

6. But The Use Of Some Millennial Shorthand Is Much Less Appreciated