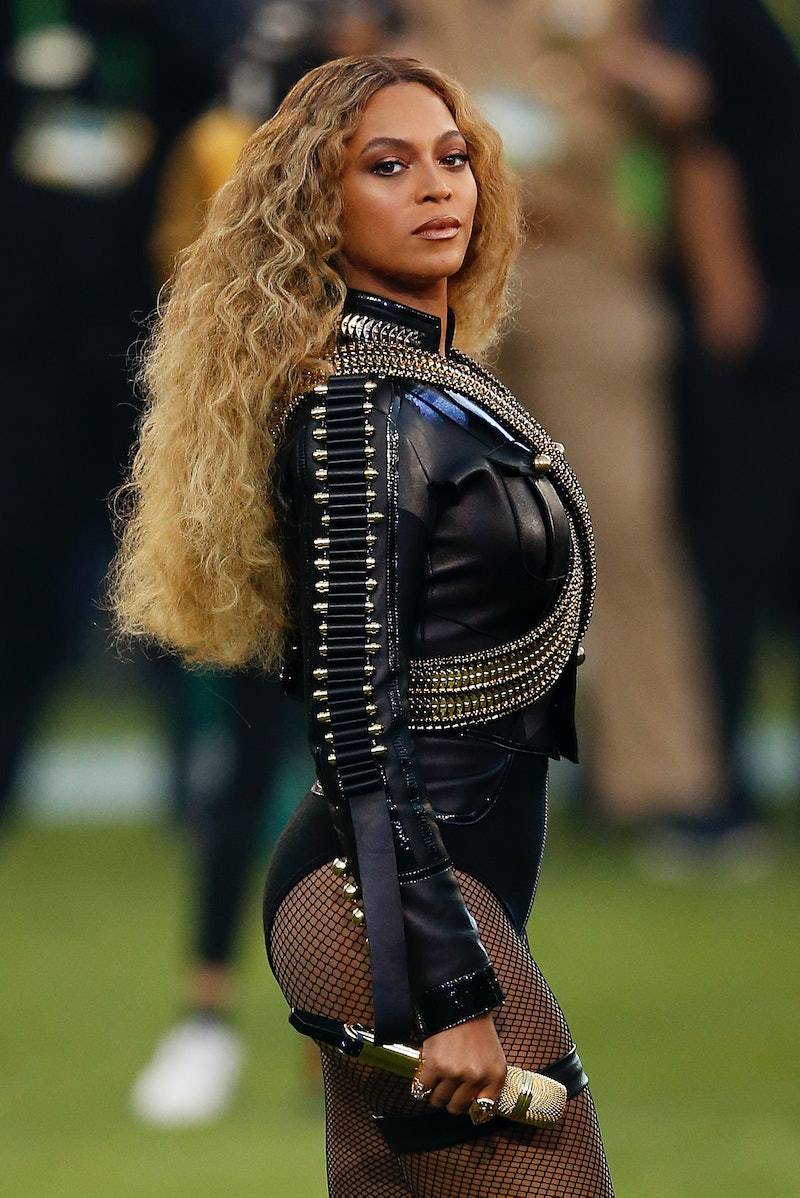 One of the latest pieces of gossip about Beyoncé's new album is also one of the strangest pieces of gossip about Beyoncé's new album: Apparently, some people think Beyoncé and Mariah Carey are collaborating on new music. Wait, really? Really. According to Idolator, the buzz began after the two divas posed for a picture together at the Heartview Global Foundation's "Give For The Heart" dinner on Feb. 11 (yes, that's all it takes for fans to start speculating these days). Now, Idolator reports that a Feb. 18 Instagram post made by choreographer Anthony Burrell — who's worked with both Beyoncé and Carey in the past — is adding credence to the rumor. Who saw that coming?

In a caption accompanying a photo of Bey and Mimi from the aforementioned "Give For The Heart" event, Burrell writes: "thankful for these amazing beauties for respecting my craft and allowing me to be apart [sic] of their project. At time I'm a bit tired from running from rehearsal to rehearsal, set to the stage, and traveling from La to Vegas... But I'm def living and enjoying every moment being on your teams."

Sounds a little suspicious, right? Check out the post below.

However, if you take a close look at the hashtags Burrell uses at the end of the caption, you'll notice "#workwiththemseparately," which, if you ask me, pretty much squashes this rumor entirely. At this point, it's unclear if Burrell's caption originally included the "#workwiththemseparately" hashtag, or if it was added later for clarification (Instagram captions can be edited). Regardless, I'm declaring the Beyoncé/Carey collab gossip "probably false." There was never much evidence to begin, and the two stars are at such different places in their careers, I honestly don't think it would've worked.

But, as we all know, there are few things Beyoncé loves more than keeping her fans guessing. I'll be sure to keep an eye out for further developments.