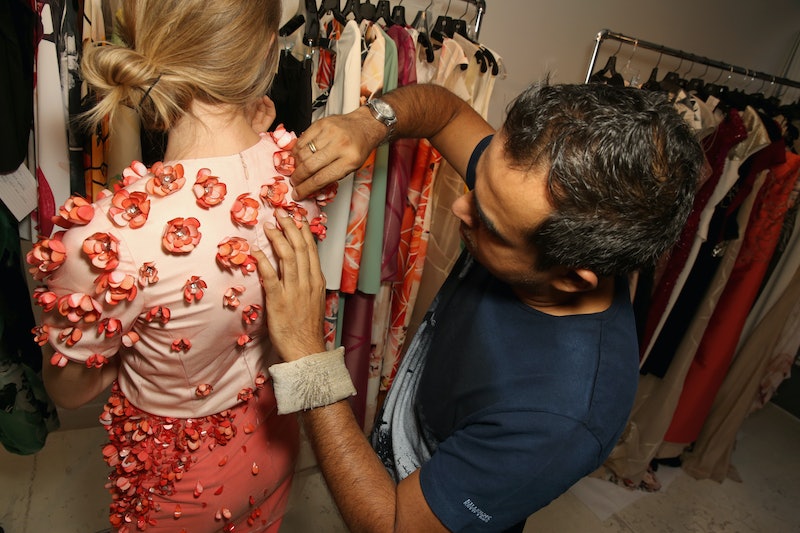 Last fall, New York passed a law classifying models under the age of 18 as "child performers" and giving them protection under the state's Department of Labor, rather than the Department of Education. The law went into effect on November 20, but it hasn't truly been tested — until now, with Fashion Week just around the corner.

Want a 17-year-old walking in your show? You are now legally obligated to cut them some slack. Models under 18 must be given 12-hour breaks between work, cannot work past midnight on school nights, and in certain cases are required to have chaperones, tutors, and special bank accounts set up to receive 15 percent of their earnings (so they can't spend all their brand-new money on extra Candy Crush lives). The fines for violating the law are enough to hurt a small designer, but would constitute a mere drop in the bucket for mega-designers like Marc Jacobs, who love casting underage models in their runway shows. You can expect to pay $1,000 for your first offense, $2,000 for your second, and $3,000 for your third.

That's all well and good, but now that New York Fashion Week approacheth — it officially starts on Thursday, in case you need to mark your iCal — the question of enforcement becomes a significant one, as Fashionista points out. After all, it's one thing to say, "Don't keep underage models out past midnight!" It's another thing entirely to make sure every single designer and model is abiding by the rules.

Fashionista spoke to model Coco Rocha, who seemed optimistic about the law's effects:

The point is that if you are underage, you will have a great experience as a model now. As long as we’re protecting children, [designers] can continue to be artistic, [designers] can still be creative, and they can still work with younger models if that’s what they want to do — they’re just going to have to do it the right way.

The worrisome element, however, lies in the very competitive nature of the industry. Despite an uptick in body diversity and older models, designers still want youthful, thin, prepubescent-looking bodies on their runways. Models want gigs, and must beat out other models for those gigs. If one 17-year-old protests her unfairly long hours or inadequate compensation, citing the law that's now on her side, who's to say the designer won't shell out the $1,000 and turn to the next 17-year-old waiting in the wings, mouth shut because she so desperately wants the work?

More like this
Everything You Need To Know About NYFW’s Spring/Summer 2023 Schedule
By Bella Gerard
Most Comfortable Underwear For Big Butts
By Audrey Williams
42 Black Owned Fashion & Beauty Brands To Support Today & Always
By Mekita Rivas, Shea Simmons, Kui Mwai and Dominique Norman
11 Graduation Guest Outfit Ideas To Wear To Someone Else’s Ceremony
By Phoebe Avison and Claire Fox
Get Even More From Bustle — Sign Up For The Newsletter