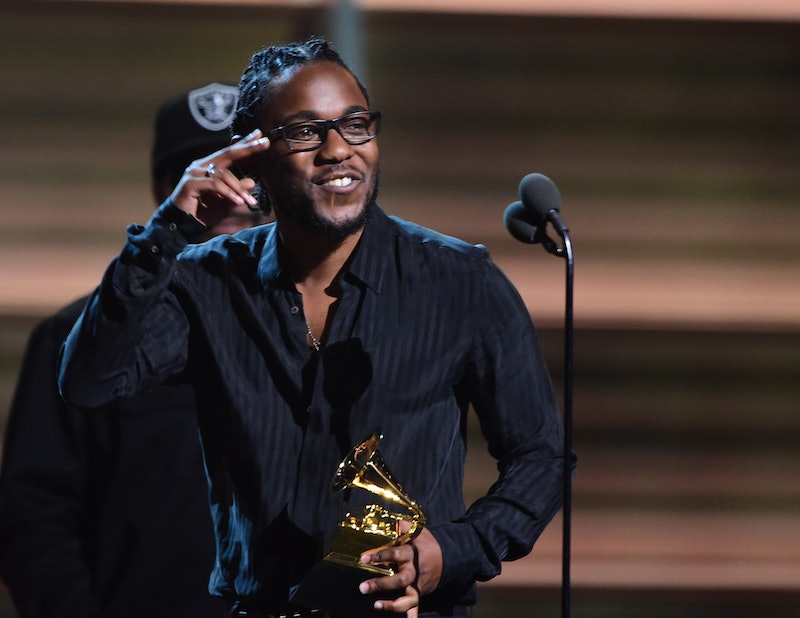 Fans of awesome music woke up to a surprise album from Kendrick Lamar Friday, making this the actual best week ever. Titled untitled unmastered., it features eight untitled tracks — each titled some variation of "untitled" along with a number and a date — that didn't make the cut for his Grammy Award-winning album, To Pimp A Butterfly. But, with the release of this album, I have to wonder: will Lamar give his untitled unmastered. songs titles? And, furthermore — do they even need titles? The answer to the first question is still elusive, but the answer to the second is a resounding no.

On Spotify, Lamar chose to use nothing but a series of numbers and unexplained dates to distinguish between his songs. While these tracks are important to Lamar, according to the BBC, it doesn't sound like he had any intentions on releasing them — until basketball star LeBron James tweeted Lamar's record company urging them to release the cut tracks. For his part, Lamar had already played several of the songs on the American late night TV circuit, so he obviously has a special place in his heart for these powerful tracks, even though they didn't fit on To Pimp A Butterfly . But it doesn't seem like these songs were meant to be released, hence their lack of title. (Lamar's team did not immediately respond to a request for comment in response to whether Lamar would eventually title the songs.)

The lack of titles for Lamar's new songs — most of which have strong political themes — only adds to the raw vibe of the impromptu album. The title of the record itself showcases the freeing nature of not being bound by the typical restraints of a tracklist. This is Lamar freestyling, and the relaxed nature shows itself in songs like "untitled 07 | 2014 - 2016," where Lamar riffs for eight minutes. It seems unlikely that Lamar would go back and give titles to these songs when what makes the album unique is its lack of studio mandated structure.

Would titles for the tracks make things easier for the 2017 award season, during which time Lamar is sure to rack up with these amazing songs? Absolutely — but Lamar has always been more about the sound than has been about convention. The artist has given no indication that he will title any of these songs — in fact, the songs on the album that he previously performed have never had titles that he has shared — and he really doesn't need to. These tracks speak for themselves. Giving them names won't make them any more or less amazing than they already are, but there is something cool about leaving them nameless. Lamar is a one of a kind artist, so it only makes sense he would drop an album as raw and free as untitled unmastered.

More like this
"Lavender Haze" Star Laith Ashley Breaks Down Filming With Taylor Swift
By Jake Viswanath
Twitter Is In Awe Of Taylor Swift’s “Lavender Haze” Music Video
By Jake Viswanath
Twitter Wants To Dance With Anne Hathaway At Paris Fashion Week
By Alyssa Lapid
Hailee Kaleem Wright's Topsy-Turvy Path From MTV To Broadway
By Samantha Leach
Get Even More From Bustle — Sign Up For The Newsletter
From hair trends to relationship advice, our daily newsletter has everything you need to sound like a person who’s on TikTok, even if you aren’t.