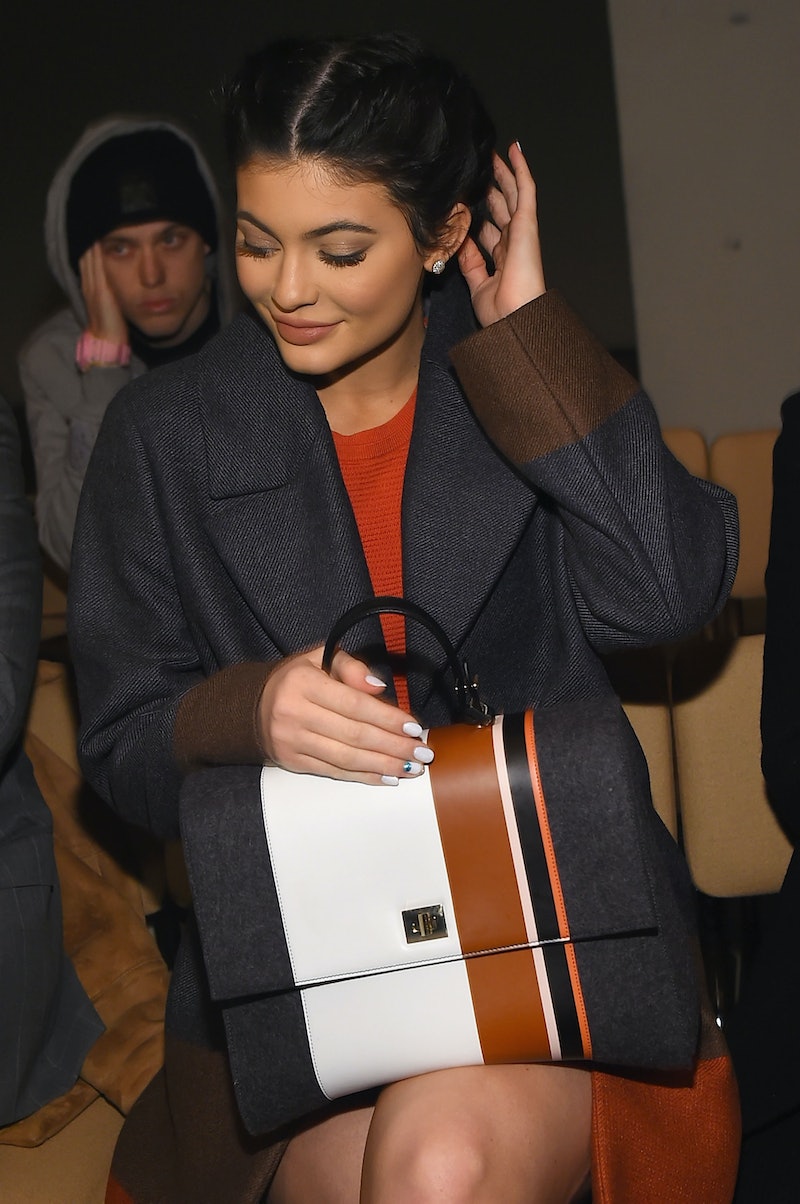 When I first found out the newest orange Lip Kit was going to be called “22,” I couldn’t get the Taylor Swift lyrics out of my head long enough to come up with an actual reason why the shade would bare this name. But, Kylie Jenner recently announced on her website why the orange Lip Kit is called 22, and it makes a lot of sense. The color’s named after her lucky number, and I’m over here slapping my forehead and wondering why I didn’t think of that. I had no idea what Jenner’s “lucky number” was, but that would have been a good guess to make, right? Like I said, too much T. Swift on the brain.

Anyways, now that Jenner’s confirmed the name of the Lip Kit, it’s very clear that she’s sticking with the theme of naming her lipsticks after people/things which are important to her. For instance, Mary Jo K is named after her grandmother and Dolce K is named after one of her childhood pets. Given that she’s taken so much time to craft a product that people love to wear, it’s clear that these lippies really mean a lot. But, if you ask me, the thoughtful names are what really prove just how special they are to her.

Find out the meaning behind the names of each of the shades, and get excited for the next launch date. Hopefully, when that day comes, you can become the proud owner of at least one of these life-changing lippies.

Knowing that this hue is named after her lucky number makes this lippie even more fun. Bring the good luck my way, 22, because I want this color slathered on my lips!

Jenner's fans are obviously a huge part of her life, so of course she had to get them in on the naming action.

Her sisters inspire her, so naturally, one of the shades would get devoted to them. This nude color's named after none other than the fearless "KoKo."

This tiny little puppy inspired the name of this mauve-colored lippie.

In a video on her website, Jenner explains that "Candy" was her childhood nickname. What a cute name for such an amazing pink-y color, huh?

In the same video, she says that her makeup artist, Joyce Bonelli, inspired her to create a dark brown lipstick. And I'm so glad that she did.

Each of these seven shades are great in their own different ways, which is why I'd like to add all of them to my personal collection. When it comes to lippies, King Kylie's killing the game.