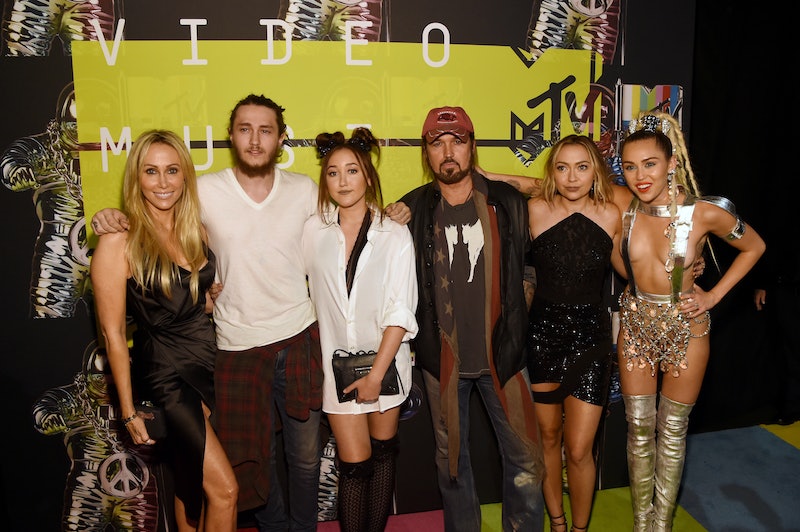 Typically, when you talk about celebrity families with lots of children, you go for the classics: (Jon and) Kate Plus Eight, the Duggar family's 19 Kids and Counting, Keeping Up With The Kardashians, etc. Yet more Hollywood families than you'd think count a surprising amount of children amongst them. For instance, Mia Farrow, who tops this list, raised 14 children, beginning with her marriage to conductor and composer Andre Previn in 1970, which resulted in three biological children and three adopted children. She had three children with future husband Woody Allen — two adopted and one biological — and five more adopted on her own. (Today, Farrow is an empty-nester, having adopted her last child over 20 years ago.)

In addition to the Kardashians and Previn-Farrows of the world, there are plenty of other celebs you wouldn't think were parents enough times over to start their own soccer team. The average size of a family in the United States last year consisted of just 3.14 people, according to Statista, but here are 19 Hollywood families who double that... in several cases more than three times over.

The goings-on of Farrow's large family have been well-documented over the years, thanks in part to her controversial ex, Woody Allen.

The rapper has 12 children, four with his ex-wife Tashera Simmons, and the rest are the result of extramarital affairs.

Duane Chapman has a dozen children and stepchildren as a result of his five marriages.

Marley's many kids might have something to do with his reported stance on birth control.

The boxer has nine children: four with his first wife, two with his second, one with his third, and two children from extramarital affairs.

The actor has seven kids with his ex-wife Robyn Moore, and one with ex-girlfriend Oksana Grigorieva.

The singer has three biological children with her two ex-husbands, and five who are adopted.

The boxer has eight children with seven women.

The comedian's child-rearing has been well-recorded in the press since he became embroiled in a custody battle with ex-Spice Girl Mel B.

The Dances with Wolves actor has four kids with his first wife and three with his second.

The singer has seven children from his four marriages.

The actor-turned-director has seven kids, two of whom are 28 years apart.

Spielberg and his wife Kate Capshaw combined their families to make three, then doubled that together, then adopted a seventh.

The rapper has six kids from three relationships. And yes, their Christmas card is as amazing as you think it would be.

The most surprising fact about Miley's five siblings? Her half-brother Christopher was born the same year she was.

The actor welcomed his youngest child at age 68.

Fun fact: Rohan Marley, son of Bob Marley, is the father of five of the six.

The singer had two kids with first wife Frances Tomelty and four with current wife Trudie.

Who knew the Kardashians weren't the only stars to have massive broods?