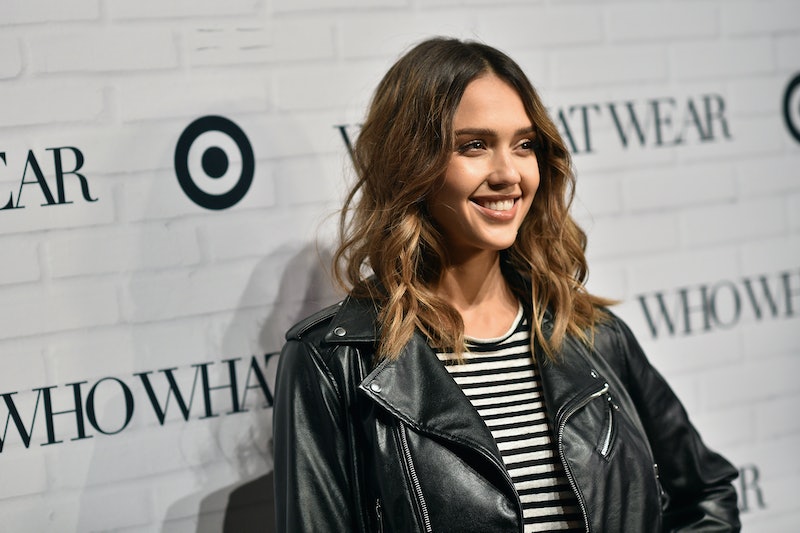 There are plenty of celebrities who venture out into businesses that have nothing to do with what made them famous in the first place. After all, the list of actors and musicians with clothing lines, beauty lines, and lifestyle brands is so endless that it's almost unusual now for a celebrity not to have their name attached to something other than their initial craft. But, for every well-known brand, like Gwyneth Paltrow's Goop and Jay-Z's Roc Nation, there are some celebrity side businesses we completely forgot about. Though less well-known, these side businesses are bringing in crazy bank for our favorite famous faces.

It makes sense why so many celebrities end up becoming entrepreneurs, having their hand in several different projects at a time. When you've got a famous name and face, and are well-liked and respected, it truly only makes sense to capitalize on that success and parlay it into other areas. If you had the ability to make a ton of money on a product or project you really believed in, all thanks to your well-liked persona or reputation, wouldn't you? Some of these are surprising, and others make perfect sense, but, either way, they're leading to big bucks for these celebrities.

Sure, everybody knows Ms. Banks as the queen of Top Model fame, having been one of the most popular supermodels of the '90s herself, but few seem to know about all the other seriously lucrative business ventures Banks has her hand in. She's the CEO of The Tyra Banks Company, which includes her production company, Bankable Productions (home of her TV and film projects, including ANTM, and the recently canceled FABLife ), as well as TYRA Beauty, her popular and affordable beauty line. She's also got her Tyra Banks TZONE Foundation, which "invests in girls and young women to help them realize their ambitions, discover new possibilities within themselves, and approach life’s challenges with ﬁerce determination." To put it simply: Banks is making bank and doing good.

Witherspoon is definitely an A-list actor in Hollywood, and, though she's one of the most well-known actors by way of her iconic film roles (Tracy Flick, Elle Woods, and June Carter Cash come to mind), she saw a gender divide in Hollywood for the lack of good roles available to women. Instead of simply complaining about it, she started a production company to shift the tide for female actors. Called Pacific Standard, Witherspoon's company produced Gone Girl and Wild (which Witherspoon also starred in) as its first two projects, and have plenty more in the pipeline. Witherspoon explained her reasoning behind creating the company, saying: "the films we make aren’t just for women. Women make up 50 percent of our population, they should make up 50 percent of the movies that we see." Aside from being one of the most bankable actors in Hollywood, she also has her own clothing line, the Southern-tinged Draper James, which she started "to honor her Southern heritage." All of this leads to sweet success for Witherspoon.

Lots of people know about Alba's baby product line called The Honest Company thanks to its chief mission to market "not only effective, but unquestionably safe, eco-friendly, beautiful, convenient, and affordable" baby products. But what's most impressive about the startup is how incredibly successful it's been: it's now reportedly worth upwards of $1.7 billion. Yes, that's billion with a B. Which means that B is for BABY, and also, apparently, for big bucks.

These days, Hilton has been trumped in fame by her former BFF Kim Kardashian when it comes to overall star power, but that doesn't mean she's crying in a corner over it. Hilton herself was one of the early examples of a celebrity branding themselves to market all kinds of products from handbags to perfumes, and she's done incredibly well for it: her handbag and accessories line has 27 brick and mortar stores across the globe, and it was reported in 2014 that her fragrance empire was worth an estimated $2 billion. Hilton may not be the last name splashed across gossip sites each day anymore, but her hustle is nothing to sneeze at.

De Niro is a hugely beloved and well-respected actor, but that's not where his talents start or end: he's the co-founder of the Nobu restaurant group, which has 29 restaurants around the world. On top of his steady acting career and successful restaurants, he's also part of several real estate ventures and co-founded TriBeCa Productions, which also started the yearly Tribeca Film Festival in New York City. He's estimated to be worth $200 million. Good to be Bobby D, indeed.

Coppola is undoubtedly most well-known for his contributions to film, but few know about his hugely successful winery in Sonoma, California. The Francis Ford Coppola Winery is, in his own words, "like a resort, basically a wine wonderland, a park of pleasure where people of all ages can enjoy the best things in life – food, wine, music, dancing, games, swimming and performances of all types. A place to celebrate the love of life." According to Vanity Fair , back in 2007, his net worth thanks to his ventures was $3.6 billion... and we're talking almost 10 years ago. Bottoms up.

They may not be heading back to their Full House roots anytime soon, but the most famous twins in the world are hardly struggling: they are now known for their fashion empire, which is widely estimated to be worth over $1 billion. Their success famously started as a direct result of their time on Full House, and they captured the tween market with product lines from furniture to makeup and video games. They've since created several high-end fashion lines, proving that they don't need to be on camera to be crazy powerful.

Kutcher's career began with a stint in the male modeling world, followed by a slew of TV shows and movies, which skyrocketed him to mega-fame. But few know about his other business ventures that have made him much more than a goofball sitcom star. According to Business Insider , "Since 2010, Kutcher has been an investor through his venture capital firm A-Grade Investments, which he founded with the entrepreneurs and investors Guy Oseary and Ronald Burke. He was an angel investor before that. He also connected with Marc Andreessen, one of the Valley's premier investors, and Andreessen wisely persuaded him to invest in Skype in 2009. He has invested in seed and Series-A rounds for companies including Uber, Airbnb, Spotify, and Casper." Kutcher also co-founded A+, "a social-driven technology platform," which Kutcher described as his way of "[luring] in audiences with content that resonates. People who browse the Internet want to consume things quickly but also want to look at content with depth." How very millennial of him.

These celebrities prove that they're using their star power to take over the business world in varied ventures from wine making to digital content, and it's truly awe-inspiring. Well done, indeed.

More like this
Which RHODubai Housewife Has The Biggest Net Worth?
By Hugh McIntyre
Drake’s Net Worth Will Have Critics Saying “Honestly, Nevermind”
By Hugh McIntyre
Charlotte Tilbury Muse Phoebe Dynevor Triples Her Income In One Year
By Catharina Cheung
J.Lo Calls Ben Affleck “The Most Consistent & Selfless” Dad On Father's Day
By Jake Viswanath
Get Even More From Bustle — Sign Up For The Newsletter