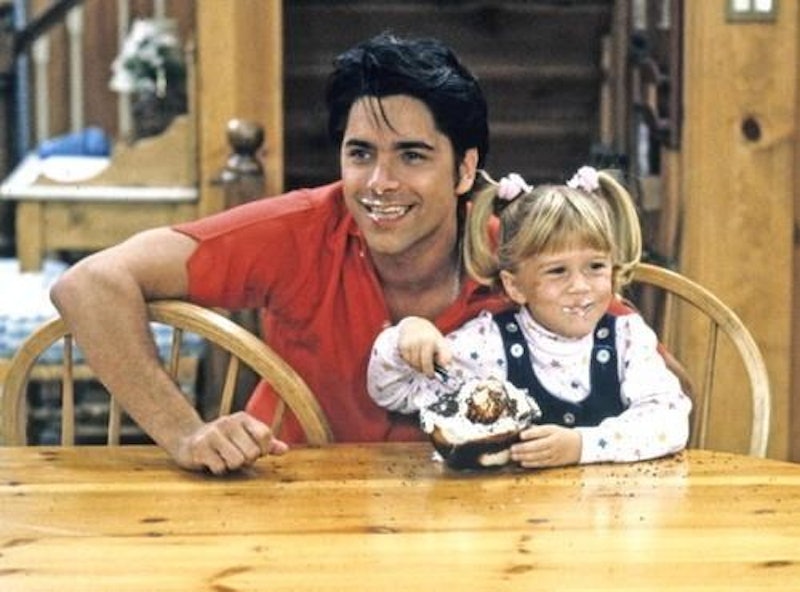 Before it hit Netflix, I only had one reservation about Fuller House, Michelle Tanner wouldn't be a part of it. Hearing Mary-Kate and Ashley Olsen had opted out of joining the reboot of one of my favorite '90s sitcoms was a little disheartening, but after watching the actual episodes, I realized that her absence wasn't as noticeable as I'd thought it would be. Plus, it paved the way for those times that the show called her out for being MIA in such a funny and direct way. But no matter how good Fuller House was, it still would have been better to see the Tanners back together as a complete family again, and that's just not possible without Michelle on Fuller House.

But fortunately, the response to the show was so good that it's not just a one time thing. Last week, Netflix announced Fuller House has been renewed for a second season, which means there's still a possibility that the cast members who weren't a part of season one could have another opportunity to get in on all the nostalgic fun. And in the incredibly unlikely event that the Olsens decide they do want to be a part of the show, there are still plenty of ways that Michelle could join Fuller House Season 2.

This leaves room for Michelle to just appear in an episode or two, so really, it gives the Olsens the space to dedicate as much time as they want to the show. This obviously seems like the easiest option, and having them pop in for an episode would be similar to what the rest of the non-central cast has already been doing.

If a cameo is all they can get out of the Olsens, this is another way the show could do it, even just to bring Michelle in for a scene or two. I have only one stipulation: If Fuller House goes this route, please film on location. NYC sets never look realistic.

She Wants To Adopt One Of Comet Jr. Jr.'s Babies

Really, this is just an excuse to give those puppies more screen time. They're so adorable!

Her Clothing Line Tanks & She Has To Move In With D.J.

It's rough out there in the world of fashion! If an Olsen or two decided she wanted to join the show full time, though, this is the best option.

Kimmy Plans One Of Her Runway Shows

Gibbler Style isn't half bad... for a woman who runs her business out of her friend's attic, anyway. Plus, Stephanie could handle the music. It would be such a cute reunion!

She & Teddy Are Getting Married

But honestly, however Fuller House chooses to do it, I am on board for Michelle in Season 2. The show isn't missing anything without her, but it would be awesome to see her character these days, especially since the last time we saw her she was just getting over a case of seriously unrealistic amnesia. Give this girl another chance to redeem herself!