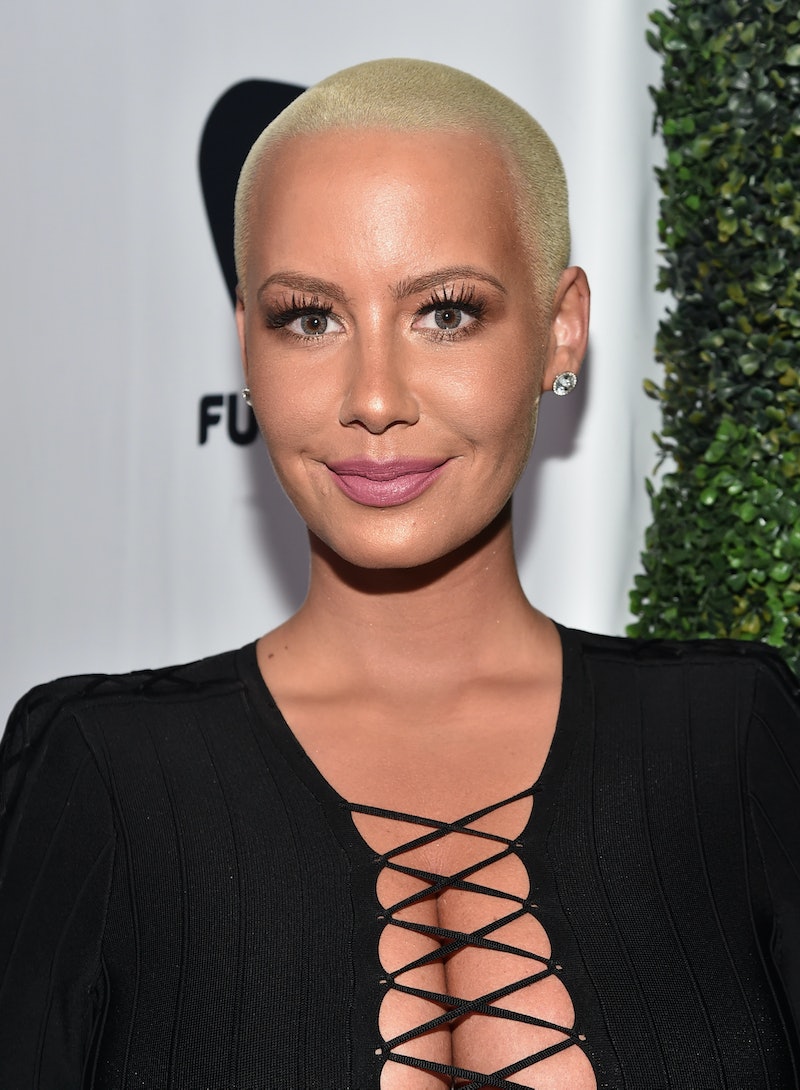 Two days after posting a nude photo that set the Internet ablaze, Kim Kardashian is receiving support from Amber Rose, an unlikely source to say the least. Kardashian, who penned a powerful essay condemning slut-shaming in the wake of criticism from Chloë Grace Moretz and Bette Midler, has a tumultuous history with Rose. (In addition to the fact that Rose previously dated Kardashian's husband Kanye West, the model has been involved in feuds with Khloé Kardashian, Kylie Jenner, and, most recently, with West himself.) So when Rose invited Kardashian to speak at her SlutWalk 2016, it was a move that intertwined both stars for the sake of the greater good: to help empower women.

Sharing a stunning photo of a nude Kardashian, Rose wrote on Instagram,

Last year at my Slutwalk I told my Slut shaming story. This year I would love for u to come and tell urs. This is an open invite from me to u and ur sisters are welcomed too. Let's let the naysayers know u are so much more then a sex tape (13 years ago) f*ck it own it. Ur a mom and a business woman, a wife, sister and daughter. Hope we can make this happen #AmberRoseSlutWalk2016.

Rose held her first SlutWalk in 2015, an empowering march to raise awareness about slut-shaming, with her own mother proudly holding a sign that declared, "F*ck yo 30 showers!" — an obvious reference to West's comments about how he had to take "30 showers" to get clean for Kardashian after dating Rose.

Ironically, West is pretty much the king of slut-shaming, most recently going after Rose and repeatedly referring to her stripper past while feuding with her ex-husband Wiz Khalifa earlier this year. While shots were fired and the drama was plentiful, the feud died down after Kardashian posted a selfie with Rose — an obvious sign that things were now copacetic. (As for West's derogatory comments towards women, hopefully he'll cease with the slut-shaming after reading his wife's essay.)

The most important takeaway here is that Rose and Kardashian are now intertwined — not because they both dated the same man, not because they're embroiled in a feud — but because they are both speaking out about female empowerment, the derogatory nature of slut-shaming, and knowing (and owning) your worth as a woman. And all of these causes are so much more important than the fact that they slept with the same guy.

"@kimkardashian I don't know u well but I saw u speak about slut shaming and as u know I'm an activist feminist so it spoke to me," Rose said in her post to Kardashian. "Being Slut shamed and ridiculed is not fun it's hurtful and mean. Us women deal with it everyday and I'm happy u can speak openly on this now because if anyone knows what it's like to be Slut Shamed it's u! Live it Kim! Make a difference and speak on it! Not only when it's convenient for u but when u can help others."

Whether or not Kardashian takes Rose up on her offer — the reality star has yet to respond — Rose's outreach is still significant. In a "scandal" that has caused numerous female stars to speak out against Kardashian's nude photo, it's refreshing to see celebrities offer support and encouragement, particularly ones who put aside any other past drama in order to stand by Kardashian's words.