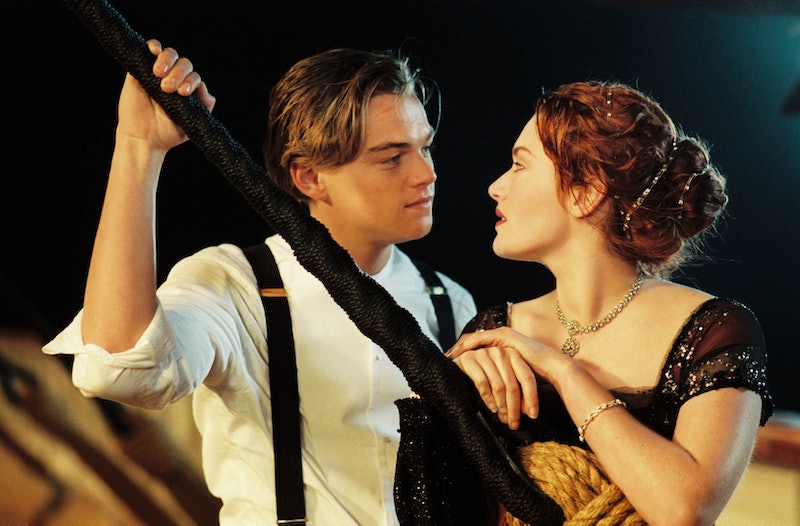 Now, you can judge me if you want, but I've never said that the reason I love ‘90s movies is because they make unimpeachable sense. I love them because they’re basically my lifeblood — a cinematic time capsule of my childhood. I fully accept that many of them are ridiculous. Anyway, love is blind. I’m not here to point out these strange details from some of the most ‘90s films to come out of the ‘90s in order to ruin them for you. Far from it. These 11 strange moments from iconic ‘90s movies scenes might encourage you to look at them in a different way. And in many cases, it’s the absurdity of these now-dated movies that should be embraced.

Some of these details are Easter eggs, included by the filmmakers on purpose as a wink to the audience. But some of them are unintentionally peculiar or troubling. This list covers a few of the very best trends of that decade in movies: thinly veiled Disney sex jokes; teen slasher craziness; and even Jared Leto references. Keep on reading to see if you had noticed any of these strange ‘90s movie moments on your own. But be warned that you may never watch these movies the same way ever again.

While the scene where Mikey spectacularly flames out in his bid to "get back out there" after a break-up was logically spot-on when the movie came out, modern audiences can rest easy knowing that cellular answering time spans are much more forgiving now. And in 2016, Mikey would just text her anyway.

2. The Dancing Guy In Clueless

The frat party band in Clueless is played by actual ska group, The Mighty Mighty Bosstones. The Bosstones' line-up included a guy named Ben Carr, whose only duty as a member was to dance his heart out onstage. You can see him getting lit in the background of the movie's dance scene, and it's just such a wonderfully '90s detail that a real band would employ and tour with a full-time dancer.

3. Nedry's Work Station & All The Smoking In Jurassic Park

Dennis Nedry's work station in the Jurassic Park control room says a lot about him as a person; I absolutely see the point in it. What I don't understand is how all the equipment in that room functioned (until the manual shutdown, at least) without Dennis's sodas or Ray's cigar smoke mucking up the works.

Disney saw their opportunity to mash-up a Greek mythology reference with a self-love joke, and they took it.

Most of the action of Kevin Smith's ode to consumerist slackers took place within a day, so why all the costume changes for Brodie's frustrated girlfriend Rene? IMDB claims in the movie's trivia section that part of Shannen Doherty's contract outlined that she would get to keep all the clothes she wore in the film, which may have had something to do with all her shopping spree looks.

6. Robin Tunney's Wig In The Craft

I adore the witchy thriller The Craft, but in almost every scene, I'm in danger of being severely distracted of Robin Tunney's terrible wig. At least there's a good reason for it: Tunney had shaved her head for her role as the suicidal Deb in another teen classic, Empire Records.

Despite Kat's disinterest in any of the boys at her high school, her sister is fairly convinced of her heterosexuality because of the Jared Leto photo she found in her room. Jared Leto will play the Joker in the heavily hyped Suicide Squad. Kat's eventual love interest Patrick is Heath Ledger, who won a posthumous Oscar for his take on the same role in The Dark Knight. Kat's got a thing for the Clown Prince Of Crime, apparently.

If only you'd paid enough attention in Latin class, you could have easily guessed the identity of the killer in Urban Legend. According to IMDB, the school's Latin motto, which appears throughout the film, translates to "the best friend did it."

9. The Dance In She's All That

I long ago accepted that somewhere in California, there was a high school where every graduating senior knew a long and challenging choreographed dance routine by heart. What bothered me when I was watching this movie later is that most of the main characters drop out of the choreography once it gets really hard. Why is Zack Siler the king of the school and not one of these dancing hotties?

"She broke my heart, so I broke her jaw," Scott Caan's character Tweeter sings at a post-game party. And then the scene shifts into a childishly funny crotch shot bit, with no further comment. It's distressing.

11. The Foggy Car In Titanic

I doubt that the hangar where the passengers' cars hung out was heated for the voyage, so how do Rose and Jack steam it up so fast? I know it was a sexy scene, but come on. Were they packing space heaters under those period costumes?

There are many more weird details where these came from. Keep an eye out the next time you're having a nostalgic movie night.