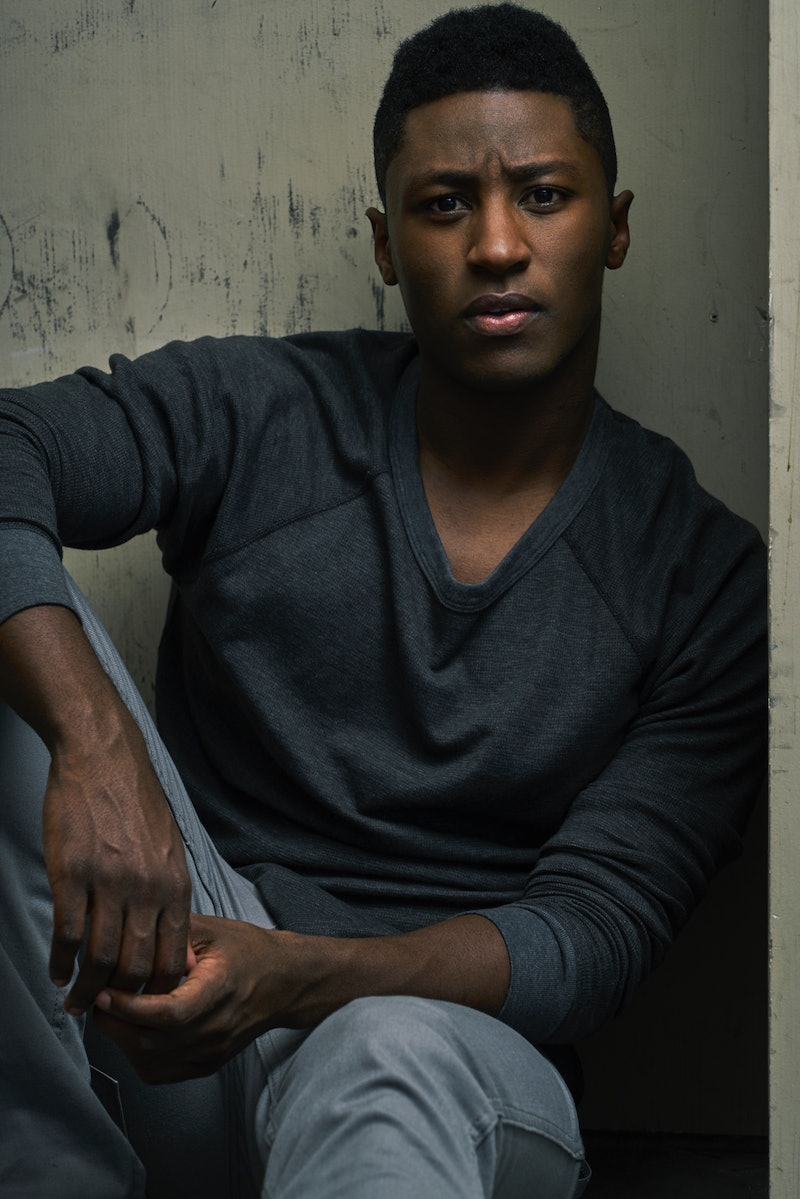 Do you hear that? That's the sound of Divergent fans eagerly awaiting the premiere of Allegiant , the first installment of the franchise's two-part finale. Picking up right where Insurgent left off, Tris & co. will finally venture outside of their dystopian world and discover what waits for them on the other side of the wall. But if you think this will be the answer to all their problems, then you're sorely mistaken. In fact, during a recent chat with Allegiant newcomer Joseph David-Jones, the actor opened up to Bustle about a few juicy Allegiant spoilers and revealed that more major character deaths are on the horizon — some of which he will even be responsible for.

"I'm a general in Evelyn's army," David-Jones explains about his character, Hollis, who was a member of the Factionless society before Jeanine's downfall. His job is to basically make sure that everyone abides by the new regime as well as prevent anyone from escaping over the wall — by any means necessary. "He is not a nice guy at all," David-Jones says, admitting that his character will resort to violence in order to stop the Allegiant group from rising up and reinstating the faction system. So, naturally, this eventually escalates into another full-out war.

"[The Allegiant] want to uphold what our society was, which was the faction system," the actor explains. "And since we're Factionless, this system told us basically that we don't belong, so a huge war breaks out because of this." Just like with any battle, there are bound to be casualties in Allegiant's, which means not everyone is making it out of this film alive. "I can't tell you who, but there's a couple [deaths] that I'm involved with," David-Jones teases. You may want to bring a box of tissues with you to the theater, because the actor could be referring to just about anyone.

However, what Allegiant may lack in the happiness department, it more than makes up for in non-stop action sequences. In fact, David-Jones claims it's the most action-packed installment of the franchise so far. "The other movies kind of had dark stuff in there," he says. "But this [Allegiant] I think really does a good job of raising the stakes and making things a little bit darker than they have been." This probably has something to do with the "superior technology" that David-Jones says the outside world possesses in the film. "Whatever we thought we could do to them is dwarfed by what they're capable of," he says.

But just because he's playing Tris' enemy in the film doesn't mean that David-Jones and co-star Shailene Woodley don't get along in real life. In fact, it's quite the opposite, since the actor had nothing but nice things to say about the franchise's star. "Oh man, Shailene was so awesome. She's such a free spirit and she baked cookies for everybody," he says. "She's like the coolest person ever." It's too bad his character won't be singing a similar tune about Tris — who knows how many lives could have been saved because of it.