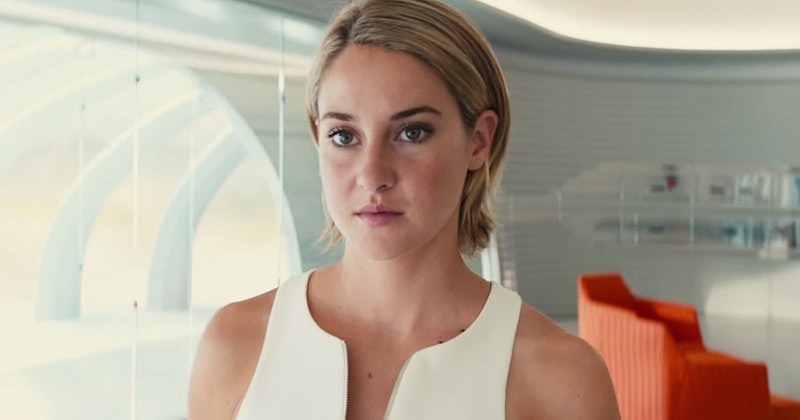 Even though the Divergent series hasn't been around as long as many other trilogies, the books and movies — as well as all the memes and gifs of Tris Prior and the other characters — have taken the world by storm. The first book was published in 2011, and by 2014 the first film was being released. The movies have been produced pretty quickly for major blockbusters, yet fans are feeling antsy for the next one. This probably has something to do with the fact that Insurgent had a major cliffhanger of an ending, leaving audiences wanting more. Allegiant promises to continue the story where Insurgent ended, and it looks like it's going to be a wild ride as Tris continues on her journey through dystopia.

Tris has been through a lot by this point in the series, and viewers have watched her come out of her shell and grow as a person. Tris is a remarkable woman, but she also has many flaws, making her a very human character who is easy to fall in love with. The Internet has responded by producing a huge number of Tris memes and gifs that pay tribute to her witty nature and sick combat skills. And of course, there are some that simply poke fun at the various precarious situations in which she often finds herself. Here are some of the most memorable.

That awkward moment when your crush throws a knife at your head and nicks your ear.

Apparently, the test says more about a person than just what faction they belong in.

3. Tris Being The First To Jump

Being Dauntless means overcoming your fear of heights. Or, at least, suppressing it really well (ahem, Four).

4. Christina And Tris Leaping Off The Train

This scene gives new meaning to the phrase "mind the gap".

5. Tris Being Confused About Which Movie She's In

Sometimes it can be a little hard to keep your love interests straight.

6. More Comparisons To The Fault In Our Stars

8. Comparing Tris To Other YA Heros

Being Divergent means never having to apologize for being different.

9. Tris Is Having A Hard Time

Very few people can pull off that kind of ink, but Tobias is one of the few. Hot damn.

11. Tris Showing Off Her Fighting Skills

I mean, it's about damn time.

Allegiant will undoubtedly reveal even more layers of Tris, but in the meantime, you can appreciate all her trials and triumphs thus far. And you can stare with jealousy at all the gifs of Tris making out with Four. It's OK, no one will hold it against you.