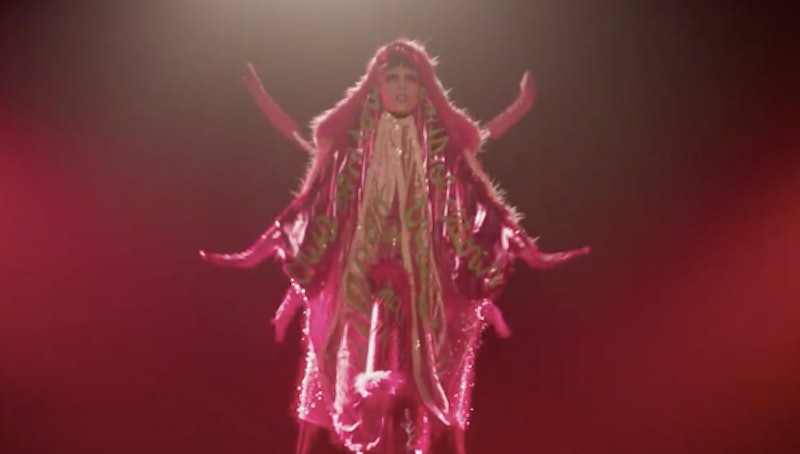 The clitoris is one of the most overlooked organs there are, so this song about the clitoris is the perfect celebration of them. Refinery29 created the song and accompanying video, which goes to great lengths to de-stigmatize the most marginalized piece of the cisgender female biology, called "Our Musical Ode To The Clitoris". The song addresses the part the clitoris has played in history, which is not only often disregarded entirely, but even demonized. Even worse, a lot of people aren't even aware that female genital mutilation is a practice that still exists today. The clitoris, despite being the ultimate pleasure giver, has had a fairly rough go of things in both historical and popular culture.

Refinery29, and hopefully most people, would like that to change. We should learn to embrace, love, and cherish the clitoris, and the clitorises of those we love. Refinery29's caption on the video simply reads, "We proudly present a musical ode to the MOST fun part of the female body", and I have to agree, wholeheartedly, in ALL CAPS, that the clitoris is BY FAR the MOST fun part of my body. You might have a more fun part, I don't know your life. But I tend to agree with R29: the clitoris rules. Here are some of the most magnificent, angry, defiant moments from "Our Musical Ode To The Clitoris":

1. There Are Lots Of Clitorises

The video's star "Dorian Electra" has a lot of clitoris shaped accessories, from a perspex (decorative?) clitoris being held in a glass hand, to her clitoris shaped earrings, to the tiny clitoris encouraging us along with the lyrics.

2. It Goes Back To Ancient Times

The song addresses how in ancient times man's form was revered, whereas women were taught "not to feel", a reference to the age-old stigma attached to the female orgasm.

When burning witches were all the rage, sexually promiscuous women, or women who derived pleasure from sex, were easy targets.

4. Even Science Couldn't Save The Clitoris

Science started taking over and studying biology was considered enlightened (or creepy, if you take the depiction of the lab in the video as historical fact), the clitoris was still seen as something mythological and problematic.

The ultimate mansplainer, Freud, came along with theories about penis envy and vaginal stimulation. (Because what women need is a man to tell them how to derive pleasure, obviously.)

If you've watched Masters Of Sex this one will resonate with you, as modern scientists went about trying to find out what caused the female orgasm, for realsies this time...

7. The Clitoris Is Actually Really Big

Not quite human sized, despite the human clitoris dancing around at the end of the song, but ten times its presumed size!

Watch the entire marvelous video below:

More like this
Please Respect Mia Khalifa’s Rebrand
By Charlotte Shane
Here’s What Sarah Jessica Parker’s Canned Cosmo *Actually* Tastes Like
By Emma Garza
What Is “Night Luxe?” Breaking Down TikTok’s New Aesthetic
By Courtney Young
Here's The Spiritual Meaning Of The May 2022 New Moon
By Nina Kahn
Get Even More From Bustle — Sign Up For The Newsletter