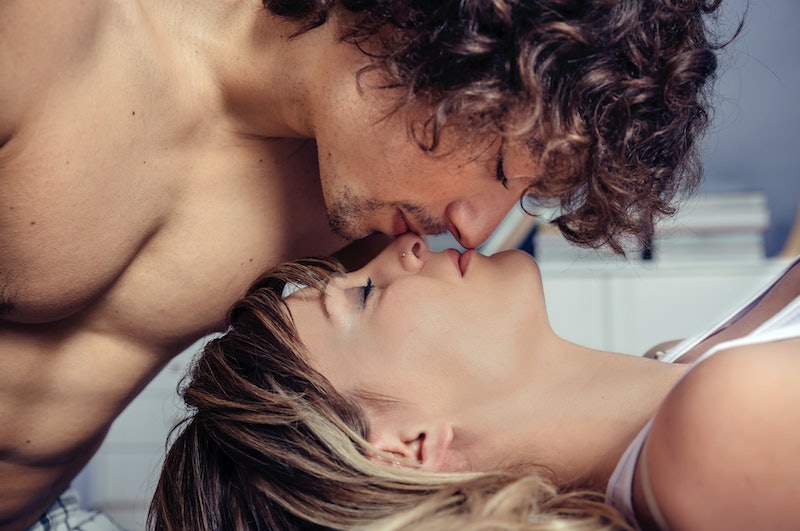 Marijuana and sex are amazing partners. Firstly, plenty of people find that weed is an aphrodisiac. Research by SKYNN condoms found that millennials who smoke weed also have more sex. Secondly, it just makes it incredible because you so many feels. All the feels. So it's no surprise that new research shows that weed is being used specifically for sex improvement by some smokers and that they're having a great ol' time.

A new survey from HelloMD is giving some insight into how weed can be used to improve your sex life — whether it's for giving you stronger orgasms, helping your body relax, or just gets you in the mood. Fusion they surveyed 1,400 legal marijuana patients over the course of seven days in January 2016 to find out who’s using weed for what, and one of those things was most definitely sex.

1. 14 Percent Of Smokers Say They Use Weed For Better Sex

According to Fusion, 14 percent of users used marijuana specifically to "increase their libido and enhance their sex lives." An additional 47 percent said it was used to improve mood and another 84 percent saying it helped to lower anxiety, stress, and pain.

2. But The Number Could Actually Be Much Higher

So that was the amount said they used it for specifically sex-related activities. But HelloMD also told Fusions that "the top two reasons people reported for using cannabis—anxiety and pain—also extended to sex-related issues, a link that wasn’t overtly apparent in the numbers." In other words, it's improving sex lives way beyond those who use it specifically for sex.

3. Women Are More Likely To Use It Than Men

There has been (very limited) research into weed and sex before this. Fusion reports on a study from 1971 that found that, despite there being more male marijuana users than female users, that "the ladies were more likely than men to report using cannabis specifically for its libido- and sex-enhancing properties". Now that I think about it, I've have more female friends who enjoy stoned sex than male friends. But considering it also helps with period pain, it's maybe not surprising women are finding other uses.

4. It Can Bring You Closer To Your Partner

5. It Can Make Orgasms Easier To Reach

Here's an awesome way that weed can improve on your sex life. As Cheri Sicard, author of Mary Jane: The Complete Marijuana Handbook For Women explains, "Marijuana does dilate blood vessels and increase blood flow ... [which] can also heighten sensations for women... It can even make orgasm easier to achieve". It also just relaxes you, so if you have trouble letting go during sex it makes sense that it'll make it easier to orgasm. I'm convinced.