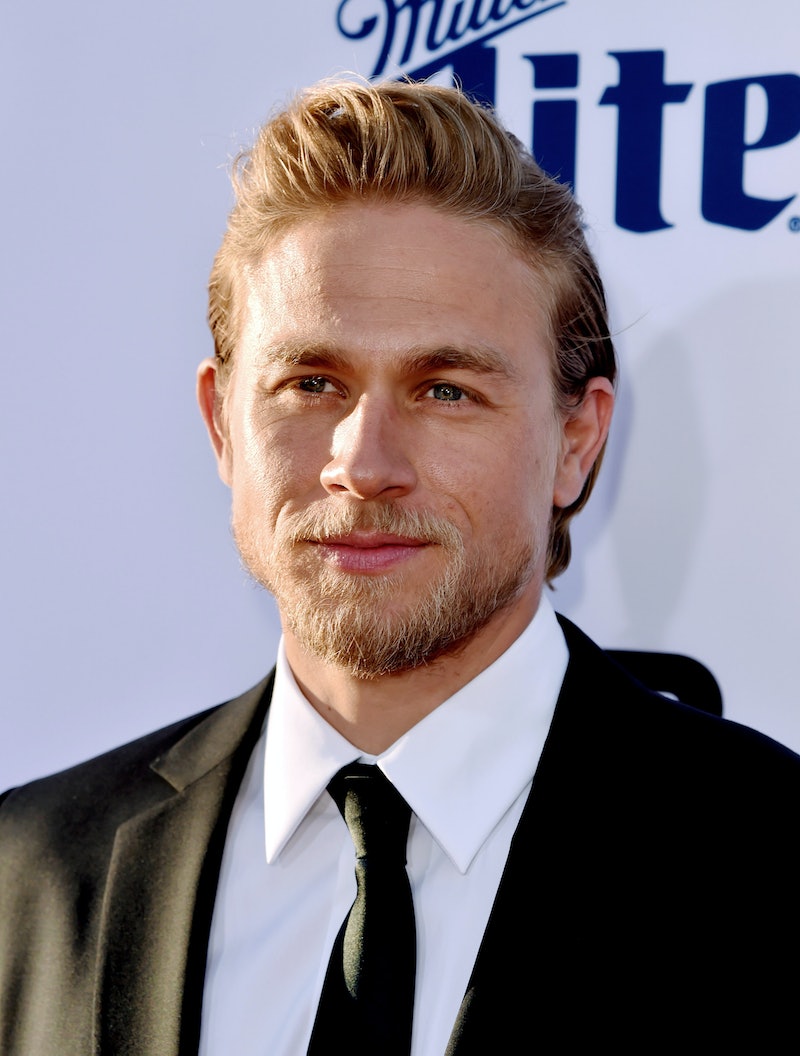 Moving him to the top of the list of the best boyfriends in Hollywood, Charlie Hunnam recently defended girlfriend Morgana McNelis against Internet trolls. After people bullied the Sons of Anarchy star's longtime GF online, he decided enough was enough. Standing up for McNelis, who he deemed "a girl I love very much," he told everyone to back off, writing, "If you want to talk sh*t, talk sh*t about me, leave her out of it." Is that selfless or what? You may be wondering, how did Hunnam and McNelis meet anyway? The answer actually isn't so clear.

That's because McNelis tends to stay out of the spotlight. She's a jewelry designer, who Hunnam describes as "an intelligent, beautiful, kind person who just tried to live a simple life and has nothing to do with the entertainment industry." Proving just how simple a life, the two bought a ranch together in 2013, which was filled with chickens, donkeys, and a giant garden. While it's been widely reported that the pair has been dating since 2007, in his open letter defending her, Hunnam said,

This is a girl I love very much and have spent the last 11 years of my life with and hope to spend the next 60 years. She has been my loyal and supportive partner long before I had any success or money.

If they've spent 11 years together, that means they would have began dating in 2005, not 2007. That's two years earlier than anyone expected — either he means they've known each other for 11 years, or they've really been keeping their love life underwraps. Despite their confusing relationship timeline, here are my best guesses at how these two were first introduced.

Think about it — they're both into sustainable living and gardens. Their hands could have brushed while picking strawberries out of a basket at their local farmer's market. Maybe they argued over who would get the last batch of fresh eggs. Wouldn't that be an adorable meet-cute?

2. On His Way To A Movie Audition

In 2005, Hunnam starred in Green Street Hooligans . It's entirely possible that on his way to audition for the flick, he happened to run into McNelis on the streets of Los Angeles. In a major city, anything is possible.

3. Through A Mutual Friend

McNelis has reportedly designed jewelry for Hunnam's SOA co-stars, which means she must have other clients in Hollywood. Perhaps another celebrity decided to play matchmaker and set the jewelry designer up with the actor.

Back when Hunnam was considered for the lead role in 50 Shades of Grey , he said in an interview that his girlfriend had real all of the books. Since they prefer to not go out partying, perhaps these two first locked eyes in the middle of a library or used book store.

Regardless of how exactly it happened, what matters is how happy they are together now. And whatever way it was, Cupid's arrow surely stuck.