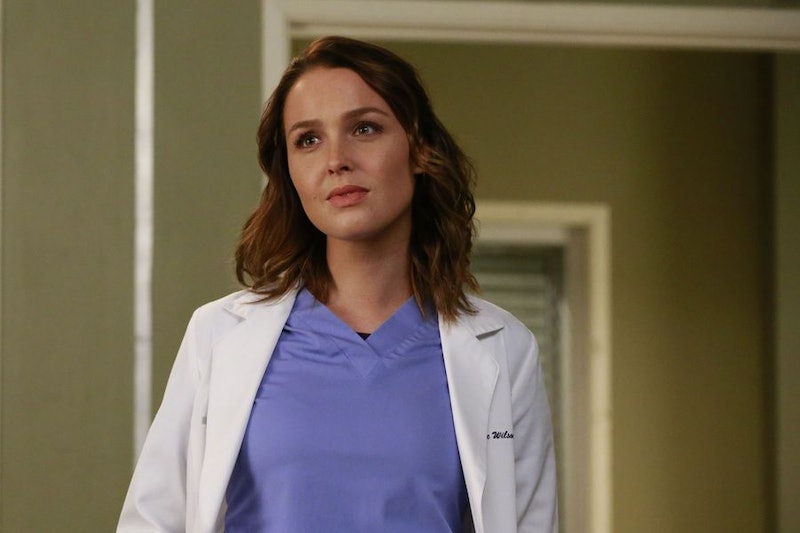 Alex and Jo are definitely my favorite couple on Grey’s Anatomy. When they’re up, they’re really up, but damn, when they are down, they are down. Since Cristina Yang left Seattle, Alex has been Meredith’s new “person,” and suffice it to say that it’s caused quite the number of problems between Jo and Alex. I get it — I wouldn’t want another woman in my relationship, either. In next week’s promo, it seems like things really come to a head between Meredith and Jo — Will Jo and Alex break up because of it?

In the mid-season finale of Grey's Anatomy , Alex proposed to Jo, and, as we learned when things picked up again, Jo never really gave an answer. Jo and Alex are sort of living together…. But they’re not engaged. It’s the worst kind of relationship purgatory. Jo has always resented the fact that Meredith needs to go to Alex with her life problems, and Meredith has always had a problem with boundaries. Both women need to lighten up, but they are both never going to back down — hence the blowout that’s coming up. In the clip, Jo says some awful things to Meredith, including, “Why don’t you get a boyfriend of your own?” Um, her husband died, Jo, so that’s not really cool.

But do Alex and Jo break up between all of this? I’m going to venture to say yes. If Jo gives Alex the ultimatum to choose between her and Meredith, I think he would have to choose Meredith. He’s not only known Meredith for longer, he’s been through more with Meredith than he has with Jo. I don’t think that Alex and Meredith will ever get romantically involved, but their relationship is so intimate and strong that it will be hard for any girlfriend (especially a dare I say jealous one like Jo) to handle that. Alex and Jo may be done-zo, but Alex and Meredith will never die.