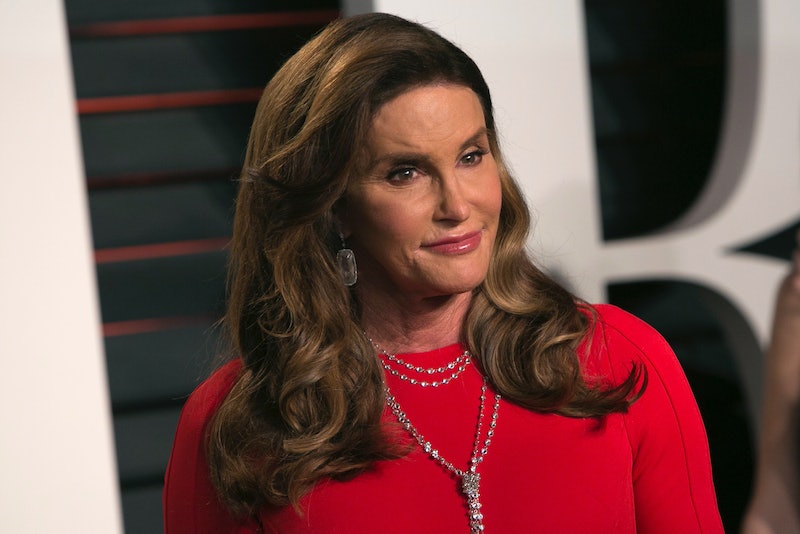 Caitlyn Jenner is having more than a moment. This brave activist may have had critics chomping at her heels, but the world has seemed to embrace her overall, and that's been a beautiful thing. Now, she's hitting the critics where it hurts because Caitlyn Jenner is the face of H&M's sports campaign, proving that not only is she not going anywhere but she's getting her message of acceptance and self-love to the masses.

Ever since Caitlyn Jenner appeared on the cover of Vanity Fair back in the summer of 2015, she's been the talk of the town. Whether it's been criticism or celebration depends on your circles, but there's little doubt that she's now in a position that will allow her to speak out on trans issues, and she's doing just that. Through her docu-series on E! , I Am Cait , Jenner has been able not to simply focus on her own struggle with gender identity but introduce a multitude of trans men and women with diverse narratives of their own. While Jenner openly admits that she's dealing with a learning curve when it comes to trans identity, she's doing so with candidness and a bit of fun.

Maybe it's that bit of fun that we all see on I Am Cait that landed her the gig as face of H&M Sport.

That's right! It's not all lipsticks and MAC for Jenner. She's joining one of the most widespread retailers in the country, and based on the photo she tweeted, there's little doubt she's going to slay the activewear game.

In the photo Jenner tweeted, she's seen rocking all black — a staple among the Jenners. It's a classic activewear look with a black zip front jacket and black leggings. Who knows, maybe she's rocking her MAC "Finally Free" lipstick, and we just don't know yet.

Jenner's place as the face of H&M Sport makes her the center of a brand that's not only nationwide but insanely popular. While it's obviously hard to overlook her work with MAC, the company has always been known for it's incredible, progressive stance. While H&M hasn't shied away from progress, their expansive reach and popularity make Jenner's campaign more readily visible, and as a result, makes a trans woman not only a visible figure in a campaign but the key figure. Basically, it's a mark of how far she's come and how incredible her platform can be.