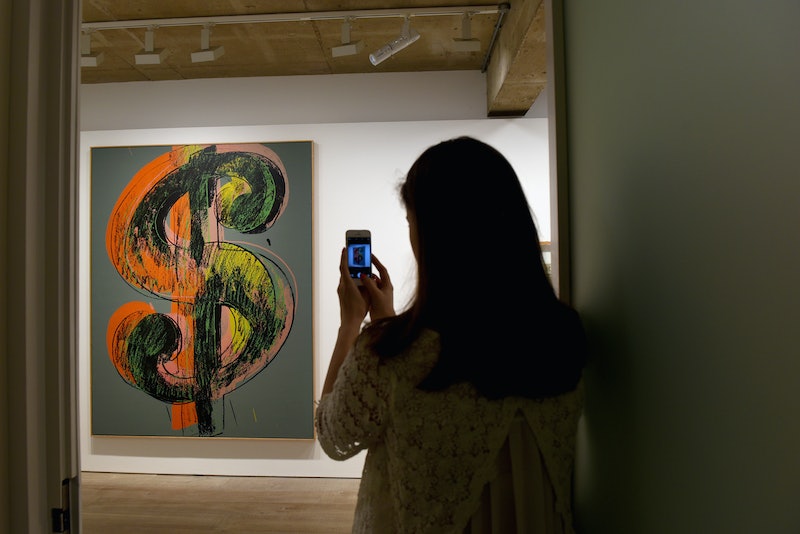 Hillary Clinton is getting a boost from a trio of organizations encouraging young female voters to cast their ballots in favor of the Democratic front-runner. The American Federation of Teachers, EMILY's List Women Vote, and Priorities USA are rallying behind the candidate with their latest political video, which asks viewers, "Got student loan debt? Give 'em Hill." Released on Friday morning, the video contains footage from a campaign stop that Clinton had made in Fairfax, Virginia, in which she tackled the subject of making college more affordable.

The 15-second ad begins with a voiceover, then cuts away to a clip of the rally. "I want you to be able to go to any public college or university, debt-free," Clinton exclaims. What the video merely hints at is the candidate's detailed plan to not only make college more affordable for new students, but the many ways in which she's looking to alleviate those with crippling student loans who may have gotten the education of a lifetime but feel weighed down by the money that they owe.

Clinton polled her audience in Fairfax, asking what their interest rates were, then promised to "get the interest rates down as low as they are for everything else in the economy." She admonished the high costs while providing an alternative. Clinton said:

We're going to move people into income repayment plans like I had and my husband had. We graduated with debt from law school, but we were in a plan where we paid it back as a percentage of our income. I want every young person to have that same option and if you do public service, national service, we will cut it, discount it, and even forget it after a certain period of time. And we're going to put a deadline: If you pay your debt back every month faithfully, at the end of 20 years, it doesn't matter how much is left, you're done. We are not going to have you carry that debt around.

The speech itself and the Give 'Em Hill ad had college-educated voters cheering for a candidate they see as a sensible choice to help lead the country out of an ineffective loan system that has turned a college education into a potentially financially unattainable goal. The subject of affordable education is an issue many young female voters consider a high priority. Getting that message to more voters in that key demographic is exactly what the trio of organizations behind Give 'Em Hill are aiming to do as Clinton supporters eye what appears to be an all-but-certain Democratic presidential nomination.

Though much has been said about the candidate's potential problem with young female voters, women appear to be showing up to more and more primaries and caucuses in favor of the former secretary of state. It's that impressive turnout that helped Clinton nab the South Carolina primary and may very well gain her even more states leading up to the Democratic National Convention.