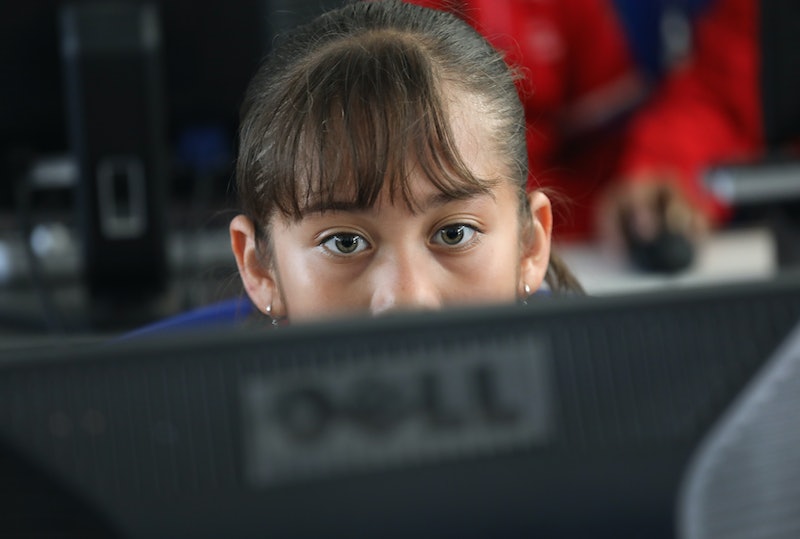 I know we think of social media as being a new millennium thing — but the truth of the matter is that the seeds of what would become the social networks we know, love, and sometimes hate today have been around for a heck of a lot longer than the mid-2000s. And these ‘90s social media sites from before social media was a thing? They’re proof.

Most of the sites on this list were originally founded in the late ‘90s, so I suppose we might also be able to consider them social networks from the early 2000s; after all, that’s probably when a lot of us actually started using them. (Early adopters are few and far between.) They also weren’t quite the same thing as what we think of as “social networks” today; “online communities” is probably a more accurate phrase, with less happening in real time, but a connection existing all the same.

People have been building communities online pretty much since the beginning of the Internet; after all, that’s ultimately what the point of the Internet is: To connect people from all over the world at the click of a button. BBSes, web forums, and (of course) Usenet, which was originally dreamed up in 1979 and realized in 1980 — these were all the forerunners to Facebook, Twitter, Tumblr, Snapchat, and more. They’re all variations on a theme, a place for people to share their thoughts and for other people to comment on them.

Remember these seven proto-social media sites? I sure do.

Open Diary was notable for a lot of reasons, but the biggest one was probably this: It was one of the first — if not the first — blogging platforms to allow other users to comment on diary entries. First launched in the fall of 1998, it created the template for a lot of what the online world is like today, particularly with regards to communities. The best part? As relatively low-tech as it was — it was an early creation, remember, when the technology was a lot less advanced than it is now — it had a long and very healthy life, lasting for over 15 years. It officially shut down on Feb. 7, 2015 at 12:04 a.m. EST… but at least we can always visit it on the Wayback Machine (this is what it looked like on Nov. 28, 1999). Thanks for the memories, Open Diary.

Romper’s Suzanne Samin recently linked me to a BuzzFeed community post about Purple Moon, and hoo boy, did I get bowled over by a huge wave of nostalgia. Although Purple Moon’s main draw was a series of computer games designed for girls (which is a rather loaded subject in and of itself, but I’ll point you here and here to read more about why), I don’t think I actually owned any of them; I did, however, spend a ton of time on the corresponding website, Purple Moon Place. Like many early websites for kids, it had a few game-like elements featuring characters and locations from Rockett’s New School and Secret Paths of the Forest; however, it also had an online community called Share Central, which allowed you to create a profile page and meet and exchange digital postcards with other kids. Man, do I wish I could remember my screenname.

As a young and enthusiastic nerd, I spent so. Much. Time. On SciFiSites in the mid-to-late ‘90s. One of many online communities created by CyberSites, Inc., SciFiSites let you register as a “citizen,” claim a corner of the universe as your own, join groups, and make a ton of friends, all in a fantastic sci fi setting. I was a citizen of BetaCentauri, and I chose vampire hunter as my profession. (Yes, I was — and remain — a Buffy fan). I also can’t believe I actually forgot about this one — that's how much time I spent here. This screenshot, courtesy of the Wayback Machine, is what the main screen looked like in June of 1998 (except that the images probably weren’t broken the way they are here. The Wayback Machine can’t do everything, after all).

Alas, I just discovered that CyberSites, which was originally founded in 1994, closed its doors in 2001. Thanks for the good times, CyberSites.

I didn’t actually use Bolt, so alas, I have no personal anecdotes to share about it; however, from what I’ve gathered, it was quite a popular place for the mid-‘90s teen set. Launched in 1996, it’s credited as being one of the first social networking sites (as we know them now, that is — obviously Usenet was around long beforehand) to appear on the Internet. It didn’t stay that way, though, and it underwent a huge number of changes in the ensuing years; ultimately I’m not entirely sure where it ended up, although it closed for good in 2008. I guess the lesson here is, if it ain’t broke, don’t fix it.

Another CyberSites community, Ancient Sites was for people who were super into ancient history. Admittedly I spent less time here than I did at SciFiSites; I was interested enough in ancient history to eventually decide that I wanted to learn Latin (which I did), but not so much that I wanted to be an archaeologist when I grew up. However, I still remember having the same amount of fun running around a virtual world full of all sorts of amazing things — the only difference is that they were inspired by the past, rather than looking forward to the future.

Boy, was researching this one an adventure: Despite remembering spending a fair amount of time on T Room in my tweens, I was able to find virtually no record of its existence pretty much anywhere on the Internet. Run by Tampax, it was meant to be a place for girls and teens to go to get answers about all of the things about growing up that might otherwise be hard to come by — things with weird and unnecessary taboos surrounding them, like (of course) periods. I’m not sure when exactly it was launched; the Wayback Machine’s earliest record of it dates back to Jan. 8, 1997, so it must have been sometime around then, but that’s the best I’ve got.

In addition to information, T Room also had a BBS that let you connect with people across the Internet. It wasn’t terribly well moderated, and I’m sure there were tons of people who were definitely not tween or teen girls on it — but the fact that the space existed for us was nice.

Hard to believe that Classmates is over 20 years old, isn’t it? First launched in 1995, its goal was to help people reconnect with old high school classmates — something that the Internet made possible in a way that nothing else had before. Of course, the caveat was that the classmate you wanted to find also had to be on Classmates… but that’s OK. The point is that we were entering an age in which falling out of touch with someone for years didn’t necessarily mean you’d never speak to them again.

And hey, guess what? This one is still around! It doesn’t look like the image seen here anymore — that snapshot was taken on Dec. 22, 1996 — but the basic idea is still the same.