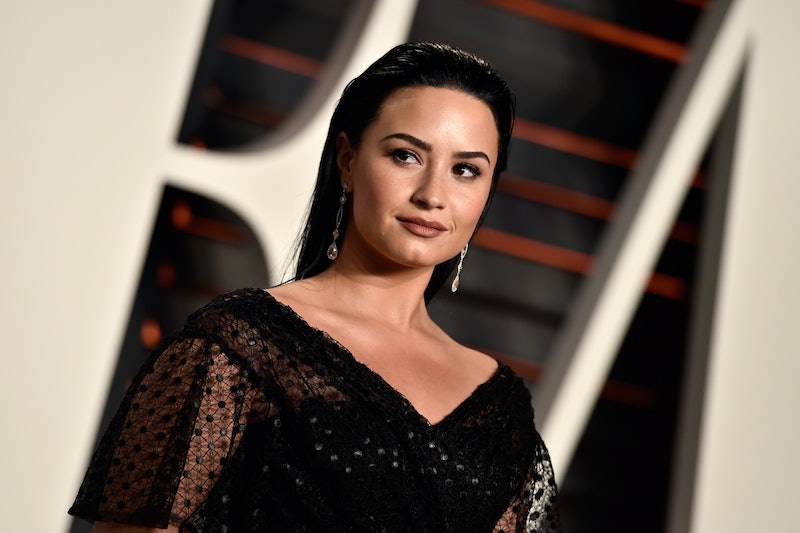 Most celebrities use social media as a quick, easy way to connect with their fans, and it makes a ton of sense: When you've got thousands (or even millions) of followers around the globe, it's a great way to give fans a glimpse into your private world, say hi, and let them know what you're up to. Some celebrities use social media as a way to share a selfie or two, update fans on exciting projects, and clear up rumors, which is all very typical Hollywood stuff. But then there are celebrities who use social media for a much greater good: as a way to share powerful messages about causes or issues that really mean something to them.

It goes without saying that celebrities, whether they realize it or not, have a lot of influence over their millions of social media followers, and it's always inspiring to see famous faces using their public platforms for good. Whether by encouraging followers to vote, contributing to worthy causes, or speaking up about personal experiences they've had that they want to share, there are plenty of ways for celebrities to share powerful messages on social media. Here are some of the best examples.

Some things in life are certain: the sky is blue, water is wet, and Vin Diesel is ridiculously fit. Right? Well, some online outlets decided to criticize the doting dad for the appearance of his "dad bod," fixating on the fact that he was spending more time with his kids and less time killin' it in the gym. As if body shaming weren't bad enough, it seems even someone like Diesel isn't immune to keyboard warriors. His message to the haters was succinct and perfect.

The newly-minted Oscar winner is the rare breed of celebrity who doesn't use social media to share a selfie, but instead to spread the word about environmental causes close to his heart. He regularly shares informative and, often times, jarring posts reminding his followers how important it is to protect our animals and the environment we live in, but this particular Instagram about elephants being killed for the use of their ivory is particularly saddening. DiCaprio is a mega-star with a heart of gold, and it's commendable every time he spreads the word about these tough topics.

The OITNB actor frequently shares her inspiring thoughts, which she lovingly writes out (sometimes in lipstick!) and photographs for her followers to read. This message about using one's voice is heartfelt and important.

Though Kutcher is famously private about revealing details about his personal life to the media, he did share this poignant photo of his daughter, Wyatt, to show support for the Red Sand Project, an NYC-based art movement which aims to end "modern-day slavery," by reminding us "that we can’t merely walk over the most marginalized people in our communities — those who fall through the metaphoric cracks," according to the creator, artist Molly Goodman.

Bush told The Huffington Post that, initially, she felt social media was "very self-promotional and weird" until the BP oil spill in the Gulf of Mexico in 2010 prompted her to use her platform for good, and ever since, she's been vocal about various causes that are important to her. It's honestly hard to choose just one empowering message that she's shared, but this one sums it up quite nicely.

The TV actor is a huge activist for animal rights and protecting the environment, and his quote about the importance of preserving our environment should definitely be lauded and taken to heart.

Ruffalo is a passionate advocate for renewable, sustainable energy sources and, as he says in his Twitter bio, he's got his "eye on a better, brighter, cleaner, more hopeful future for all of us." He regularly shares heartfelt messages about solar energy, fracking, and politics, and it's awe-inspiring.

Since her triumphant debut to the world last year as Caitlyn, all eyes have been on Jenner to see how she will continue to empower the transgender community thanks to her very public platform as a celebrity. Jenner has continued to speak out in support of trans rights, and one of her very first social media messages to the world was a powerful one, for sure.

Ferrera has been vocal about the importance of voting, and she posted a passionate open letter to Donald Trump in 2015, calling him out for his "ignorant, racist" comments about Mexican immigrants. Her words are especially important as the 2016 presidential race heats up.

The act of altering or airbrushing celebrity photos for magazine spreads or other promotional uses is nothing new, but celebrities like Zendaya are taking a stance against it, showing that they are proud of their bodies the way they are and don't need airbrushing, filters, or other manipulation techniques. Zendaya argues that it gives the wrong message all the way around, furthering unrealistic beauty standards on young women.

Gaga has always striven to use her celebrity as a force of good in the world, and she has frequently spoken out about topics from LGBT rights, to youths being bullied, and the struggle of anxiety and depression, and she's also become an outspoken activist when it comes to sexual abuse and rape culture. In the Instagram above, she spoke out in support of fellow singer Kesha, amid her ongoing legal battle against her record label and producer Dr. Luke (real name: Lukasz Gottwald).

Speaking of Kesha, the singer took to social media to thank fellow artists and fans around the world for their support. (For the record, Dr. Luke has adamantly denied Kesha's claims of rape and abuse, and sued the singer for defamation.)

Lovato is another celebrity who is determined to use her voice for good, and she's an outspoken advocate for those struggling or recovering from mental illness, body image disorders, and addiction. Her post in 2015 acted as a call to action that addiction is a problem that simply can't be ignored any longer.

Watson is perhaps one of the best examples of a famous face and name using social media as a means for positive change in the world, especially in her role as a Goodwill Ambassador for UN Women. As such, she has spoken candidly about feminism, gender equality, and her #HeForShe campaign on Twitter.

The Academy Awards have come under fire in the past couple of years due to a lack of diversity and inclusion of all genders, ethnicities, and races in the nominations, and Rodriguez is using her voice as a Latina actor in a campaign she created called #MovementMondays, in which she highlights the accomplishments of fellow Latino actors around the globe. Bravo, lady!

The Girls creator has taken to social media to plead her case on numerous issues, ranging from Planned Parenthood, to her battle with endometriosis, to sexual assault victims, but it was this stark tweet referencing the Bill Cosby sexual assault allegations that struck a chord for many.

In 2015, Grande triumphantly clapped back at the assertion that she was simply "Big Sean's ex" in a post in which she pleads with the media to discuss women for who they are and their accomplishments, while not belittling their worth to who they date.

The comedian shared a photo of herself taken by legendary photographer Annie Leibovitz that celebrated her own shape as a very necessary reminder that people come in all body types and should be celebrated for their differences.

Sparks' Instagram feed is loaded with inspirational brain food, but this message in particular gives her followers very sage advice: appreciate all the little moments in life for what they are — an important message in a world where we're always striving for more than what we've got.

Johnson frequently spreads positive vibes on his social media accounts in support of charities and campaigns he believes in, but this message about a car accident involving his mom and cousin hits close to home, for obvious reasons, which is a good reminder to all of us to never get behind the wheel of a car after drinking any amount of alcohol.

Proving that an empowering message can also be laced with humor, Fisher lashed back at critiques of "how well" she's aged with the release of Star Wars: The Force Awakens in 2015, and her candor is refreshing and real.

These messages are all super powerful reminders that though your favorite celebrities lead pretty glamorous lives, they have huge hearts and significant thoughts for all to consider. Their influence has a wide reach, and these messages prove why that's so important.