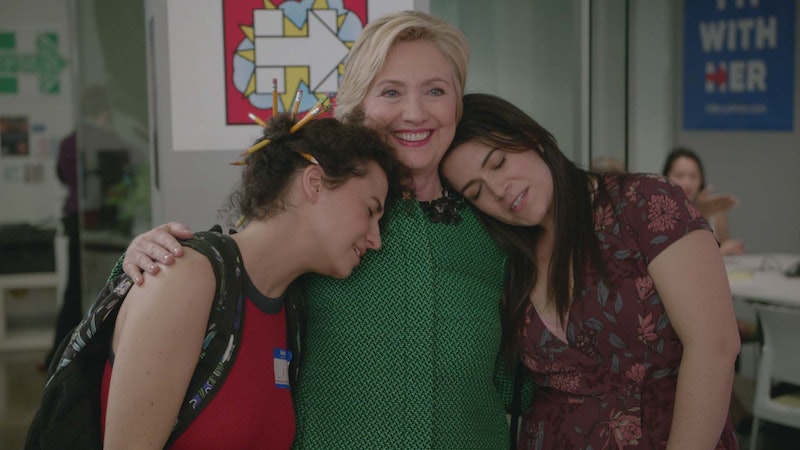 While I'm definitely in the camp that thinks Clinton's appearance on the show was actually another celebrity endorsement for Clinton, I can't fault Broad City for how they got their kween to make an appearance. Ilana ended up volunteering for the Clinton campaign and Abbi swung by to check out Clinton's headquarters. After Ilana had been told that she would never meet Clinton as a lowly volunteer, Clinton blew into the office as if it were a dream (and with plenty of winks) and greeted the two women.

More like this
What To Know About Martin Bashir After Watching 'The Crown'
By Bustle UK
How Is The British Royal Family Related To The Romanovs?
By Karen Fratti
Netflix Bumped Up The 'You' Season 4 Premiere Date — Here's What To Expect
By Bustle Editors
Everything To Know About 'Andor' Season 2
By Gretchen Smail
Get Even More From Bustle — Sign Up For The Newsletter