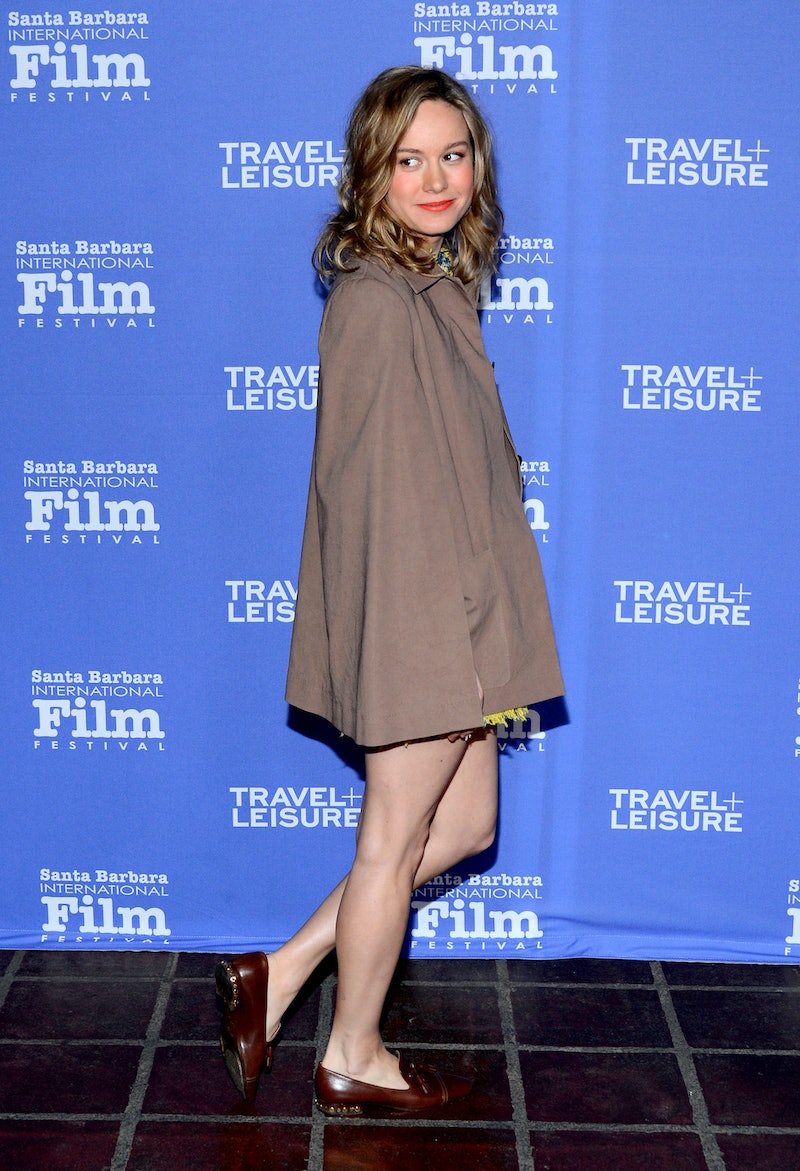 Unless you remember her from 21 Jump Street, last year’s Short Term 12, Scott Pilgrim Vs. The World , or even that oddly silent role as Joseph Gordon-Levitt’s sister in Don Jon, Brie Larson may be an unfamiliar name for many. But the 24-year-old actress is about to make a major impact on Hollywood — and not just because she’s set to become a major movie star thanks to her recent and upcoming film roles. No, it’s because this lady is making a name for herself on the red carpet, and with just a single (amazing) outfit.

Showing up to the 2014 Santa Barbara Film Festival to receive her Virtuosos Award, Larson looked the epitome of casual chic in an outfit that would make even the most seasoned of red carpet pros turn their heads and take notice. Dressed in head-to-toe Louis Vuitton, Larson struck the perfect balance between masculine and feminine, rocking a mod tweed dress, an expertly tailored cape coat, and mahogany brogue loafers. Finishing off the look with a matching mini clutch, her signature curls, rosy cheeks, and a popping pink lip, Larson nailed an effortlessly fashionable look that both meshes with and elevates her typically tomboyish style.

Larson isn’t traditionally known for statement-making fashion — this is a girl who typically wears casual pants and semi-boring tea-length dresses on the red carpet, after all — and she’ll be the first to admit it. She told Glamour magazine in a recent interview:

Getting dressed up for [awards] shows really isn't my thing since I feel most comfortable in jeans and a T-shirt, but this is part of the process I guess! It's finding new ways to find myself through all these weird sort of experiences, so I enjoy the challenge.

We’re holding out hope, however, that her latest fun, fashion-forward outfit is a sign of what’s to come as the actress’s career heats up. She was recently included in Vanity Fair ’s Hollywood Issue alongside rising stars like Lupita Nyong’o and Margot Robbie, and after killing it in films like Short Term 12 and last summer’s The Spectacular Now, she’ll also be starring alongside Mark Wahlberg in the upcoming film The Gambler. There's nothing we love more than a fresh new face to inject a little fun into the red carpet action, and thanks to Larson's latest (and possibly best) look, it seems like we might just get what we want.