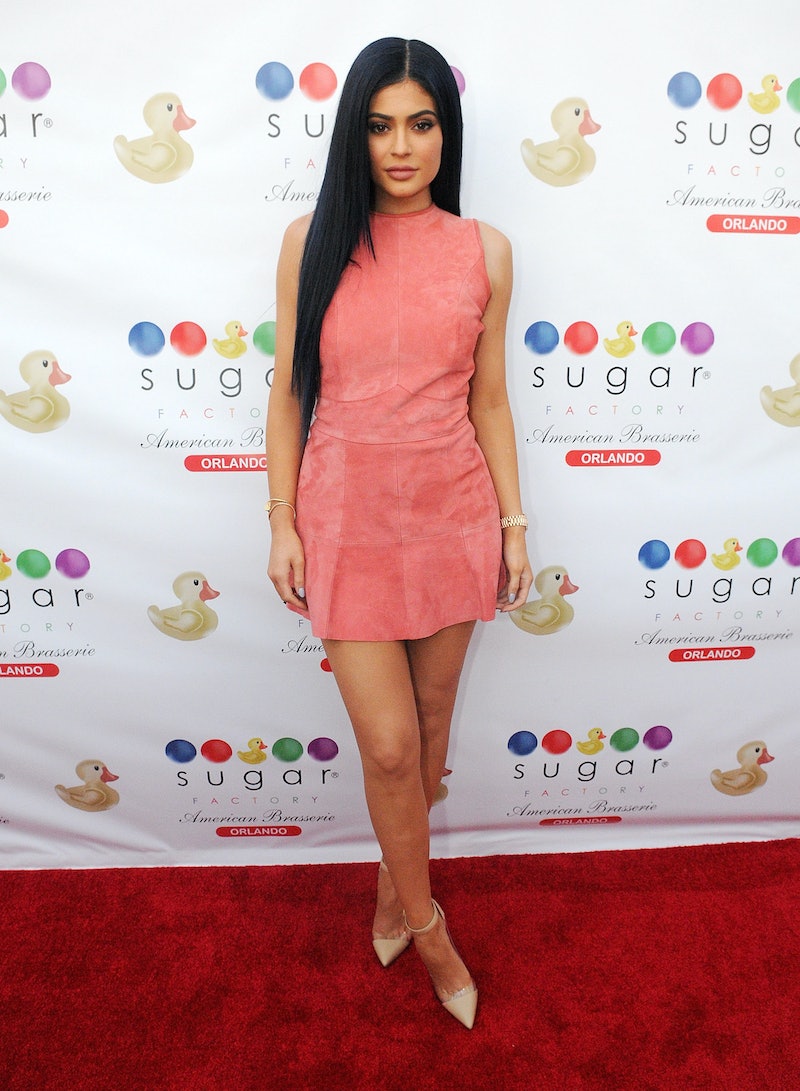 There's a common misconception about sneakers that's been floating around for as long as anyone can remember, which is the more expensive they are, the better. That's not true, of course, especially for those who believe that dropping a couple hundred bucks for trainers is simply absurd. After today's big announcement, I'm sure that most of us wondered, "How much do Kylie Jenner's PUMA Fierce sneakers cost?", because history has taught us that celebrity backed footwear tend to be ridiculously expensive.

Not so much for Jenner's PUMA shoe line, which cost $90 a pair and comes in four colors to choose from. While that's not necessarily "next-to-nothing" in terms of price, it's still a bargain compared to other recent superstar collaborations. I'm talking about Rihanna's PUMA Creepers ($120) or basically any version of the Yeezy Boosts that have already made history as casual trainers that are being worn by pro athletes at NBA games. Speaking of Kanye West's coveted shoes, the price of these skyrocket once they are resold on eBay and other sites after they've sold out.

Based on the popularity of everything that Jenner has touched so far — I'm looking at you, Kylie Lip Kit — the chances of her PUMA Fierce sneakers selling out come April 1 is pretty high, especially with it's $90 price tag.

Plus, Jenner is selling the hell out of these lightweight trainers in her first promo images.

And even though West doesn't approve of her PUMA deal, I hope that even he can appreciate the line's reasonable price point.