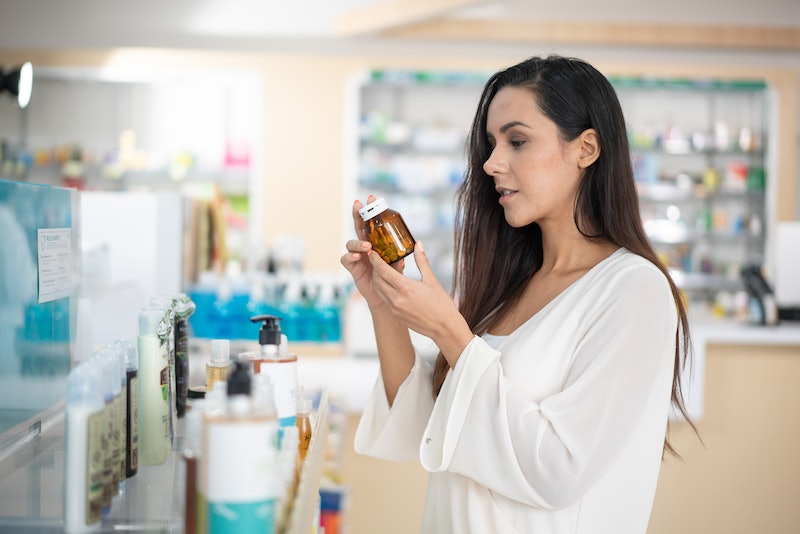 One of the defining features of privilege is that it means you don't have to think about the issues faced by people who are not privileged. Consequently, there may be many forms of privilege you may not know you have. Whether due to our gender, race, sexuality, ability status, economic situation, or other factors, most of us experience privilege in some way. And when you have privilege, it's important to recognize that your experiences are not universal. Especially within feminism and other social justice movements, it's necessary to understand that oppression doesn't affect us all in the same way.

To aid in that effort, there's a game, illustrated in BuzzFeedYellow's video "What Is Privilege?" and an accompanying post on Studio Slay , to point out what types of privilege you may have without even knowing it. According to the American Psychological Association, the game is adapted from Peggy McIntosh's White Privilege: Unpacking The Invisible Knapsack , which discusses all the subtle ways white privilege affects our lives. When the game's players hear a form of privilege that applies to them, they take a step forward; when they hear an advantage that they have, they take a step back, which is a metaphor for the ways privilege advances us and sets us back in life.

Here are a few forms of privilege that often slip under our radar, some inspired by that game, some from other sources, and some my own.

1. The Ability To Mention Who You're Dating Without Wondering If You Should Reveal Their Gender

When you're dating somebody of the opposite gender, you can casually mention something you were doing with them the other day or something they have in common with the person you're talking to without fretting about whether you should say "he" or "she" or "they" or "boyfriend" or "girlfriend." If you're dating someone of the same gender or someone non-binary, on the other hand, you often have to consider how tolerant the person you're talking to is. According to Gallup polls as recent as July 2015, over a quarter of Americans believe same-sex relationships should be illegal, so the possibility that someone will object to your relationship is very real if you're not dating someone of the opposite gender.

2. The Ability To Buy Products Made For Your Skin Tone

If you want to convince someone they have white privilege, one of the simplest ways is to point out something Peggy McIntosh mentions in her book: White people can easily buy adhesive bandages that match their skin tone. It might not sounds like a terrible inconvenience to put something on your skin that doesn't totally blend in, but the lack of bandages, hair products, and cosmetics available to people of color serve as a reminder that brands don't consider them important.

3. The Ability To Receive Information In A Way You Understand

People who are deaf, are blind, or having learning disabilities are not guaranteed the chance to receive information in school, online, or through TV, movies, and books in a way they are able to consume. Watching a YouTube video, for example, may seem like an opportunity available to everyone with Internet access (which is a form of privilege in of itself), but most videos don't have transcripts for the hearing impaired or descriptions for the visually impaired. And if you have a learning disability like dyslexia, you may not even have been taught to read in a way that works for you, especially if you come from a lower-income background. Educational barriers can also impede our ability to consume information, since some articles — particularly academic ones — use terms that people without higher education never learned. And if English isn't your first language, you may not even be able to read your local ballots, which poses a huge problem for immigrant voters.

4. The Ability To Make Mistakes

Making mistakes is human — but unfortunately, it's also a luxury. When women make mistakes at math, sports, or other things women are supposedly "not good" at, their mistakes are used to prove erroneously that women in general are incompetent. If a politician of color makes a poor decision, people will use it as a reason (or perhaps more accurately, an excuse) not to elect a person of color again. As children, we're told it's OK to make mistakes because we're only human, but as we grow up, our mistakes are rarely excused unless we're white, cis, hetero men.

5. The Ability To Pay For Increased Convenience

As Carmen Rios points out in Everyday Feminism, not everyone can decide to spend a bit more cash than usual to make their lives easier. People with class privilege pay for convenience in all different ways, like getting a babysitter when you need to work later, taking a cab because you're tired or feel unsafe taking the bus, or stopping by a coffee shop instead of making coffee because you're running late. Many people are on such tight budgets that they have to sacrifice their time, energy, and peace of mind in order to save money, and the inability to spend money without thinking twice has profound consequences.

More like this
At 14, Tatiana Maslany Was Obsessing Over Tamagotchis & The Spice Girls
By Gabrielle Bondi
Scotland's First Period Dignity Officer Has Sparked Backlash
By Darshita Goyal
Beyoncé & Madonna’s “Break My Soul” Remix Honors A Group Of Black Icons
By Stephanie Topacio Long
These Cheap Things With Near-Perfect Amazon Reviews Will Make Your Home Look SO Much Better
By Dena Ogden
Get Even More From Bustle — Sign Up For The Newsletter