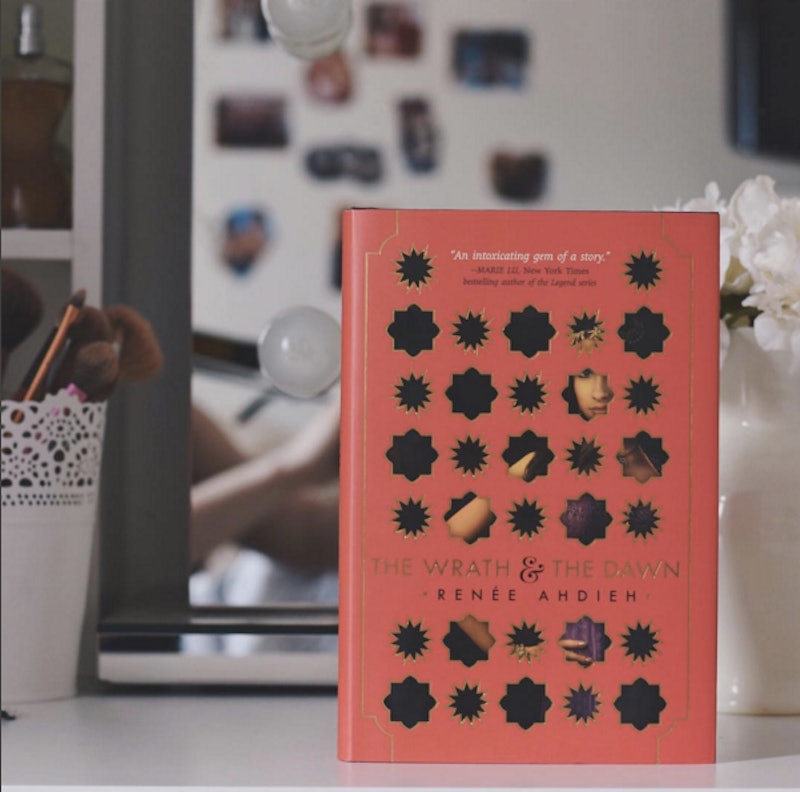 You grew up hearing fairy tales that began with "Once upon a time..." and usually ended with a royal couple riding off into the sunset. But what happens when someone decides to mess with happily ever after? Authors are constantly using other people's work to inspire their own, and some of the best books have come in the form of reimagined fairy tales inspired by your favorite bedtime stories.

People love fairy tale retellings for so many reasons. They're familiar stories of light overcoming darkness but with new and exciting twists. The characters may have the same names and similar story lines, but their pasts could turn out to be more complicated than we could ever imagine, and their futures are, for once, unknown. When we dive into a reimagined fairy tale, we can no longer be comforted by a guaranteed ending where everyone lives happily ever, because not all knights get to ride off with their princess into the sunset.

Fairy tales are unlike any other kind of story. They're magical, enchanting tales where anything is possible, especially when people start rewriting the rules and changing happy ending. Here are 13 reimagined fairy tales that do just that, so you can finally shelve your battered copy of the Brothers Grimm and try something new for a change.

1. The Shadow Queen by C.J. Redwine

In C.J. Redwine's new young adult twist on the Snow White fairy tale, princess Lorelai, the Snow White character, is actually a powerful sorceress determined to bring down the evil queen responsible for killing her father. And the Huntsman? Oh yeah, he's a newly crowned king charged with taking her heart, but it doesn't happen the way either of them expect. Fast paced and action packed,The Shadow Queen will delight fairy tale lovers.

2. A Wicked Thing by Rhiannon Thomas

Everyone knows how Sleeping Beauty's story goes, but what happens after the princess and the prince ride off into happily ever after? Rhiannon Thomas's A Wicked Thing, the first of two books about Princess Aurora, explores Sleeping Beauty's life after she wakes up, when she has to take control of her broken kingdom, marry the stranger who is destined to be her true love, and deal with the aftermath of the curse that changed her life. Unique and imaginative, A Wicked Thing is a fun twist on what happens when the storybook is over.

You probably know Emma Donoghue for her heartbreaking novel Room, whose big screen adaptation won actress Brie Larson a Golden Globe and an Oscar, but her short story collection, Kissing the Witch, features fairy tales like you've never seen them before. Donoghue's stunning collection turns classic stories on their heads, letting Cinderella ditch the prince for her fairy godmother. Bold and poetic, Kissing the Witch is a must read.

5. The True Story of Hansel and Gretel: A Novel of War and Survival by Louise Murphy

In Louise Murphy's powerful retelling of Hansel and Gretel, the author reimagines the brother and sister as two Jewish children hiding from Nazis when come across Magda, the "witch", in the woods where they're seeking refuge. Only instead of wanting to eat the children, Magda will risk it all to protect the siblings. A moving and commanding novel, The True Story of Hansel and Gretel will change the way you look at original the fairy tale.

What's a good fairy tale without a pirate? Nicole Castroman's recent Blackhearts reimagines the pirate Blackbeard as a young man whose only desire is to find adventure on the high sea — that is, until he meets Anne, the new maid of his estate and a girl unlike any he has ever met. A passionate and exciting love story, Blackhearts is the Blackbeard origin story you've always been waiting for.

7. Wicked: The Life and Times of the Wicked Witch of the West by Gregory Maguire

Is there a way to talk about reimagined fairy tales without mentioning one of the greatest, Gregory Maguire's masterpiece? No, no there isn't, because like Maguires other fairy tale retellings, Wicked is spectacularly imagined story filled with humor and heart. If you haven't read it yet, now's the time, but be warned that once you started, you'll be hooked on the series.

8. The Girls at the Kingfisher Club by Genevieve

There are some fairy tales that you've know since childhood — Snow White, Cinderella, Jack and the Beanstalk — but others, like the Twelve Dancing Princesses, might be new to you. Genevieve Valentine takes this beautiful but lesser known fairy tale and reimagines it in New York's Roaring Twenties, where flapper girls got all the attention. A dazzling story, The Girls at the Kingfisher Club will sweep you away.

9. The Wrath & the Dawn by Renee Ahdieh

Though not a traditional retelling, Renee Ahdieh's The Wrath of Dawn, a sexy, romantic, and exciting YA, was inspired by A Thousand and One Nights. When Shahrzad volunteers to marry Khalid, the evil ruler who marries each night and has his bride killed each morning, she planned to exact revenge on him, but instead finds herself falling hopelessly for the man she is just starting to understand. With characters you won't be able to forget and a love story that stays with you long after you close the book, The Wrath of Dawn is a remarkable read.

The first of several fairy tale retellings, Jackson Pearce's Sisters Red reimagines the story of Little Red Riding Hood as a tale of two sisters who hunt werewolves side-by-side. That is, until a handsome huntsman enters the scene and threatens to tear the siblings apart. Sisters Red is a sweet, magical story with plenty of excitement to keep you interested.

If you thought Neverland was a beautiful, magical place, think again, because in Lisa Maxwell's Unhooked, it's the place of nightmares. When Gwen finds herself stuck there, she must navigate through murky waters and dangerous shadows if she has any hope of returning home whole again. Twisted and intriguing, Unhooked is a dark and imaginative tale that will make you feel ever weirder about the Peter Pan fairy tale than you already did.

On of the best-known fairy tale retellings, Robin McKinley's Beauty rewrites the timeless love story of Beauty and the Beast. Charming and heartwarming, Beauty just might become your favorite version of the classic tale.

13. The Mists of Avalon by Marion Zimmer Bradley

Though less of a fairy tale and more of a legend, the stories of the magical world of King Arthur and his knights have been told time and time again, but no one has done it quite like Marion Zimmer Bradley. The Mists of Avalon retells these age-old stories through the eyes of the women who were more involved than you ever knew. A timeless series, the Avalon books should be required reading for any fairy tale fanatic.