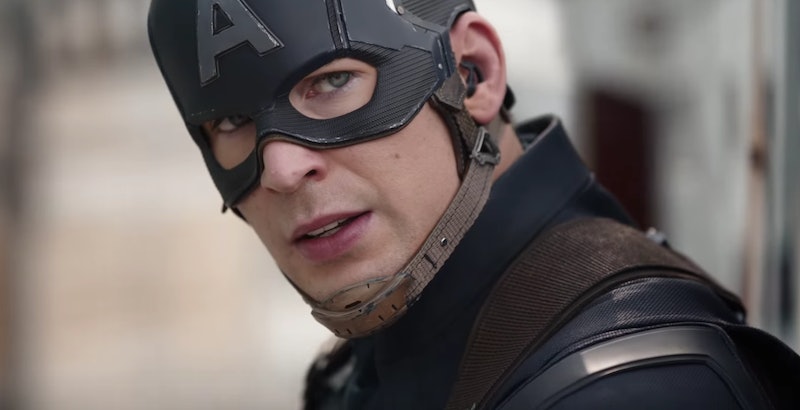 More than any other series in the Marvel Cinematic Universe, the Captain America films have tackled the intersection of superheroes and government head-on. In The First Avenger, Steve Rogers was turned into the superhero Captain America by the American government and used as propaganda before he was allowed onto the battlefield. In Captain America: The Winter Soldier, Cap uncovered a government conspiracy that saw the end of SHIELD, the covert organization organizing a league of superheroes and spies. Now, in Captain America: Civil War, Cap is facing what he believes to be a kind of government prosecution under the Sokovian Accords, legislation named after the site of the final battle in Avengers: Age of Ultron which would require training and government oversight for people with abilities. Given the series' theme of government and the current volatility of American politics, many might wonder whether or not Captain America: Civil War is based on real politics.

It's not quite so simple. Written by Mark Millar with art by Steve McNiven, Marvel's Civil War graphic novel was released in 2006. Though the story is a bit different from the one in the film adaptation, the main conflict is the same. International governments have come together to create the Superhuman Registration Act (SRA), renamed the Sokovian Accords in the films, that would create a database of people with superpowers — secret identities included — and would require training in combat, similar to law enforcement.

Captain America does not take to the idea, and Iron Man does — hence the Civil War. and it is this argument that is at the heart of Civil War. "It's an ideological argument between the two and that's all that matters. That's what Civil War is — it's Iron Man vs. Captain America, and they're both right, they're both good guys," said writer Millar in an interview with IGN. According to Millar, in the book, Iron Man believes that any person with the ability to, essentially, take over or end the world should be operating with government oversight, but Cap thinks that "superheroes should be autonomous and not be involved in politics."

The movie, however, might change a key factor in Captain America's reasoning. Based on the newly released Captain America: Civil War trailer, it looks like Steve is more concerned with protecting his best friend, Bucky Barnes, aka The Winter Soldier, from government prosecution than the implications of becoming a political tool yet again.

Furthermore, in The Winter Soldier saw Captain America at odds with Nick Fury and the government's plan to put weaponized crafts into space capable of monitoring and killing individuals on the ground. Captain America is skeptical of government control, and who can blame him after Hydra infiltrated SHIELD, destroying the organization along with a big portion of Washington D.C?

It seems more likely that Captain America will oppose the SRA due to distrust in the government in the Civil War film than out of a desire to stay out of politics. (This seems logical also because Avengers: Age of Ultron ended with Captain America himself training new superheroes as Avengers, which is part of what the SRA would require.)

Superhero drama aside, the political aspect of the story — the SRA — draws obvious parallels to the registration of Jews by Hilter in the events leading up to the Holocaust and WWII, or American McCarthyism and Japanese Internment. Add in the recent anti-Muslim rhetoric from GOP Presidential front-runner Donald Trump, and you've got a story that is eerily relevant to the modern political climate. It's something Civil War directors Anthony and Joe Russo take seriously, according to Winter Soldier portrayer Sebastian Stan, who told IGN, "It's very relevant. That's where the Russos have been great, because the movie will be relevant to things that are happening today that you read in the news."

Captain America: Civil War might not be inspired by any specific political events, but it certainly appears to be influenced by modern, post-9/11 politics of surveillance, safety, and the role of government.