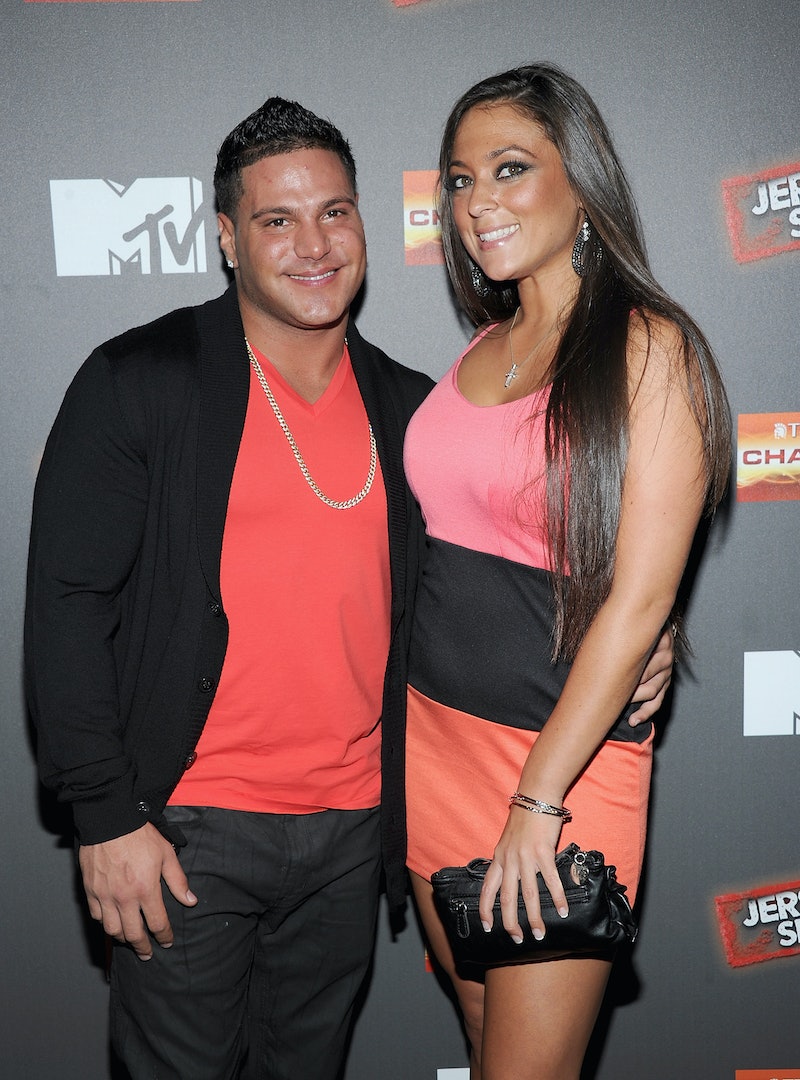 I'm not ashamed to admit that I was obsessed with Jersey Shore from the very first episode. Having grown up in New York, I was well aware that the show played up many of the worst New Jersey stereotypes ever, from the bronze skin to the hair gel and everything in between. I was also well aware that the series didn't do anything to empower natives from my neighboring state. But it was the consummate reality show to end all reality shows, and I was hooked. I lived for the drama, however contrived, and watched each season religiously. So when I heard the rumor that Jersey Shore sweethearts Sammi Giancola and Ronnie Ortiz-Magro were back together, my 2009 self was really, really excited.

I feel as though many people didn't ship Sam and Ron when the show was on because of all the drama with them (I mean, the words "RAHN STAHP!" are a literal cultural phenomenon, and they're not even real words!). As you may remember fondly, Sammi and Ronnie fought A LOT. There were cheating scandals, heated arguments over loyalty among friends, and the infamous bed-moving incident. They spent much of the show's six seasons breaking up, only to get back together a short time later, and it was exhausting.

Even though Ronnie famously declared that his number-one rule was "Never fall in love at the Jersey Shore," he went and did that, and a romance for the ages ensued. You could even call them the Romeo and Juliet of our time, albeit with much more bronzer and a lot less dignity. Sam and Ron managed to remain together even after the show was cancelled in 2012, but then seemed to split for good in 2014. Well, fast forward to 2016 -- officially the year of "what's old is new again" -- and you'll find that these two seem to be giving love a shot again. It hasn't been confirmed by either party. But party they did; Sam and Ron reunited for her 29th birthday, and the proof is in a very telling Instagram shot posted by Sammi:

Until we know for sure whether they really are back together or just conveniently seated next to each other for a group photo, here's why I hope this reality romance is back on.

I mean, it goes without saying that most people grow and mature as they get older (yes, even reality stars!), so it's unlikely that the same problems they faced back then would still exist now. Hopefully, they've learned from their time on the show, and know now how to handle problems without resorting to screaming matches.

There's No Camera Crew Following Their Every Move

Without the glare of reality TV and millions of strangers obsessed with you and your private moments, it's probably a lot easier to deal with any relationship issues that may arise, and that alone could make all the difference for Sam and Ron.

They Were Actually Really Cute Together

When they weren't fighting, these two made a really cute couple. It was always clear there was plenty of passion between them, and maybe they're destined for each other.

JWoww and Snooki have already settled down and started their families, and I'm sure I'm not alone in hoping that Sammi and Ronnie have found true love after all.