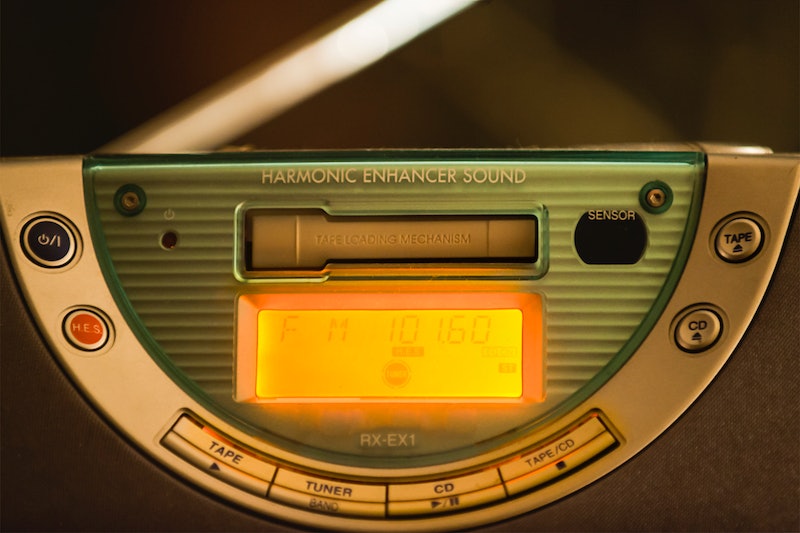 Please, allow me to make you feel old as dirt: Remember the '90s, 20 years ago? (Anyone else crying besides me?) Many obsessions of our youth have come and gone, but what about the reverse? Believe it or not, there were things we couldn't have cared less about in the '90s that we're totally obsessed with today. Like what, you're wondering? Well, some of today's hottest technology might be groundbreaking, but it certainly wasn't born yesterday; furthermore, certain beauty trends and fads of today were for sure around in the '90s, but no one was really looking. It might feel like we've reinvented the wheel more than once, but let me give you a startling reminder: Rounding up, the iPod is nearly 20 years old.

It's crazy to me to think that some of today's most popular gadgets, fashions, and styles have actually been around since the days of Rugrats , Oregon Trail, and James Van Der Beek (not that James Van Der Beek isn't still around, but his Dawson's Creek days have definitely long since passed). The same ideas have been reused, recycled, and improved upon, almost to the point that they're unrecognizable. It raises an interesting question: Is anything really new? Here are just five things you didn't really pay attention to in the '90s that have totally blown up today.

We listened to CDs on the Sony Discman and were relatively cavalier about the world of portable music in the '90s. After all, you couldn't even run with the Discman, because your music would skip. Then the eve of the new millennium brought the release of the first iPod, and the planet momentarily stopped spinning.

Remember when cell phones were the size of bricks, and all you could do was talk on them? Anytime your mom upgraded to a better phone (meaning a slightly smaller brick), she'd give you the old one to play with. After an hour, you'd throw it in the toy pile along with your K'Nex and Don't Wake Daddy. Now, look at yourself. Look at yourself. When was the last time you peed without checking Instagram? That would be earlier this morning, around quarter after NEVER.

The luscious Denise Richards eyebrows of the '80s gave way to the hyper-plucked, ultra-thin brows of the '90s. In fact, some of us are still paying for our tweezer-happy habits today, particularly since full, thick, long, dramatic eyebrows are once again all the rage. All I see when I look in the mirror are the four hairs missing from my right eyebrow and now my face is completely uneven and I'm hideous.

Cordless phones were, like, totally cool. But these days, anytime anything comes with a cord, we're all, "WTF is this? What are we, pilgrims? What year is it, 1930?" Now, you don't even need a cord to charge your devices. Hell, you don't need a cord to charge the charger that charges your devices. Cords are gone. I mean... what is a cord? I don't even know what a dang cord looks like.

There is evidence of contouring and highlighting dating back as early as the mid-1500s, but even by the '90s, it wasn't really a "thing." Sure, make-up artists were using the technique on the likes of Cindy Crawford and Janet Jackson; but if you think people were online posting tutorials for how to contour your face, neck, boobs, stomach, and legs... no. We were too busy tweezing our eyebrows to the absolute maximum.