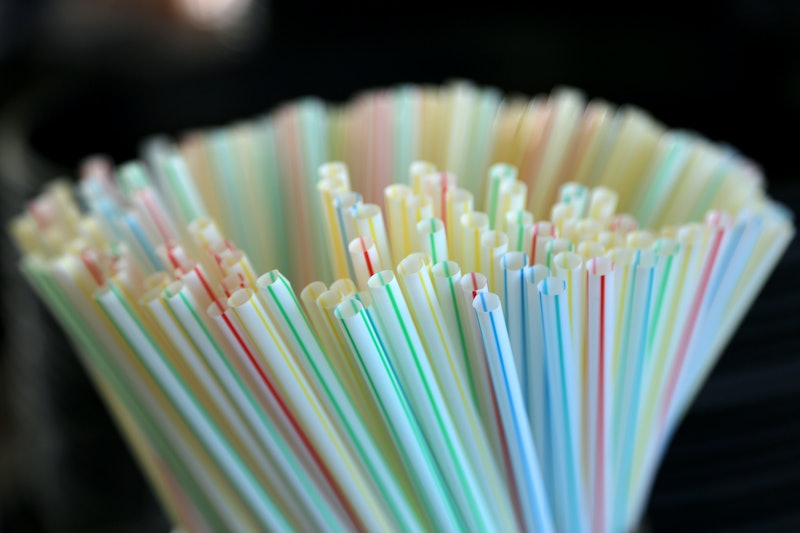 I sometimes wonder if we’ll look back on the 2010s with the same sense of “WTF were we thinking?!” that seems to plague most prior generations. We probably will… but at the same time, I’m not totally sure we’ll be able to comment on popular trends the same we can all the weird ‘90s obsessions kids growing up in that decade had. Or maybe we will — I mean, when you think about it, social media is pretty darn strange — but one thing’s for sure: None of it will be nearly as neon as everything from the ‘90s was.

I’m not saying, by the way, that any of these ‘90s obsessions are inherently bad, particularly in the case of some of the pop culture-related phenomena; it’s just that, looking back at it all, our enthusiasm for them at the time appears to have been a little disproportionate. But hey, you know what? Whatever. We loved these things, and we didn’t — and still don’t — need to justify why to anyone. The fact that they made us happy was, and remains, enough.

But that doesn’t mean we can’t also acknowledge that they’re all a little weird, too. After all, having a healthy sense of your own ridiculous is one of the best qualities you can cultivate. Here are 14 of my favorite pieces of ‘90s absurdity. Have fun.

I suspect it was what slime symbolized that was so important to us, rather than the slime itself. It represented a sort of lawlessness — the “kids run the world” attitude that characterized Nickelodeon in its early days. That was enormously attractive to a group of people who spent their lives being told what they could and couldn’t do and when they were allowed to do it. Not that setting those boundaries wasn’t necessary — it’s part of what good parenting is — but slime time offered a welcome reprieve from the constraints of everyday life.

2. Writing Utensils That Doubled As Toys

That’s really all mechanical pencils and those wacky pencil cases were: An excuse to break out a toy when you were supposed to be doing schoolwork. But hey, who says learning can't be fun?

Things smelling like other things doesn’t seem to be as big of a trend these days (or maybe it is and I just don’t know enough kids to see it), but during the ‘90s, we were all about it: Scented markers, scented crayons, body spray that aped our favorite fruits and baked goods, scratch and sniff stickers, Smell My Gak, dolls that smelled like sweets, you name it. The scents didn’t last forever, so the gimmick was fleeting… and yet we still embraced it with every fiber of our being. Or perhaps more accurately, with every nose hair.

4. The Shrine Of The Silver Monkey

Many of us still have what’s probably a somewhat unhealthy obsession with this thing. I’m willing to bet it’s because we got so frustrated at the fact that such a seemingly simplistic statue presented such a challenge to so many kids. “HOW HARD CAN IT BE?!” we would rant and rave at our television screens. “IT’S ONLY THREE PIECES! JUST DO IT!”

Do people still use chatrooms? I mean, I know people still talk online with people they’ve never met in real life; they just do it in different ways, whether it’s through gaming or Snapchat. Chatrooms were the forerunner to all of these online “hey, let’s go talk to strangers” tools — and when you stop and think about it, they were really rather questionable. I don’t know about you, but I don’t typically walk into a random room somewhere and start talking to everyone present in real life, so the fact that I was so willing to do so online during the ‘90s is a little bizarre.

I’m not talking about a little bit of neon or a “pop of color” or what have you — I mean all neon, all the time. But hey, at least we were easily visible from a distance thanks to our overwhelmingly colorful wardrobes, right?

I actually still don’t totally understand how Lisa Frank everything got so popular. Was it the ubiquitous nature of the whole thing? Was it the advertising campaign? We may never know.

Raise your hand if you tuned the television to MTV every day after school, even if you weren’t super into music videos. (That would be me.) I kind of feel like TRL was the television equivalent of hearing your favorite song on the radio, although why so many crowds of people felt compelled to gather outside the studio every day remains to be seen. Was it about Carson? Was it about the special guests? Was it just about having the chance to be on live television for a few seconds? (Or more accurately, about the side of your nose having the chance to be on live television for about half a second?)

Yes, do let’s place ourselves at the beck and call of a bunch of pixels, existing only to serve them in their noisy little whims. That makes perfect sense.

Seriously, though — why were we all so obsessed with this movie? Perhaps even weirder than the fervor with which we watched it, and rewatched it, and watched it again, though, is the fact that we’ve spent so much of our time since then trying to figure out whether or not Jack could have made it onto that dang door.

So much glitter. So much. On our clothing, in our hair gel, on our faces, in the ink of our favorite pens — glitter. Everywhere. Bless our parents for putting up with it; they're probably still finding glitter dating back to 1993 in unexpected places around the house.

Sure, we learned a lot of lessons about feminism from the Spice Girls before we really even knew what feminism was — but we took what might have just been a pleasant diversion and made it into a global phenomenon with the force of our fandom. Furthermore, we’re still feeling the ripples of all that a good 20 years later. Impressive. Odd, but impressive.

An awful lot of our favorite junk foods involved some sort of goo: Gushers, Bubble Jug, Liquid Lollipops, and so on. Why? No idea. Maybe it connects to the slime thing — foods that weren’t traditionally gooey becoming so broke the rules in the same way that slime time did. Or… something.

Ouch! gum gave us edible band-aids. Beeper gum gave us an edible pager. That gum that came in little tiny juice containers gave us edible grape drink. Clearly gum not-so-cleverly “disguised” as something else was a trend, and clearly we kept it that way for a while.

More like this
Starbucks’ Chocolate Cream Cold Brew Tastes Like This Retro Candy
By Emma Garza
The 'Hocus Pocus' Sequel Finally Has A Release Date & It Makes Total Sense
By Shannon Barbour and Radhika Menon
David Schwimmer Doesn't Remember This Classic 'Friends' Episode
By Sam Ramsden
5 Mini Skirt Outfits To Wear, Inspired By These Brave Souls
By Avery Matera
Get Even More From Bustle — Sign Up For The Newsletter