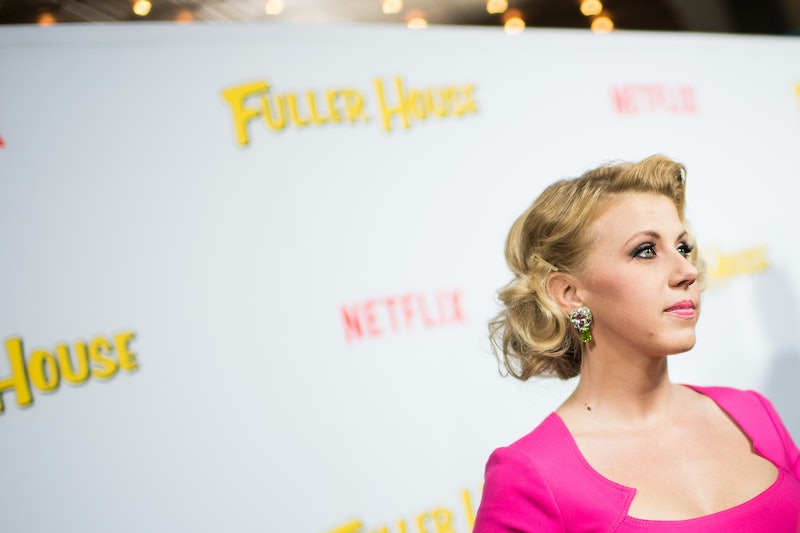 As if all of these ‘90s reboots weren’t exciting enough, it was announced Tuesday that three more of your favorite Hollywood darlings from the '90s will be returning to television. But this time, in a reality television series. Jodie Sweetin, Beverley Mitchell, and Christine Lakin have joined the new reality television series, Hollywood Darlings. According to Vulture, the show will revolve around these television stars’ new lives as working actors, mothers, and wives. Of course, this news has my mind spinning, and wondering just what viewers should expect from this new series — especially since these former child stars have grown into women who are now powerhouses.

Because just when you thought you had outgrown wanting Full House's Stephanie and 7th Heaven's Lucy and Step by Step's Al to be your BFFs, these three women are back to reconnect with their super huge fandom at a whole new time in their lives. And, it turns out, the girls you once wished were your best friends have become women who you'll wish you could invite over for a glass of wine.

Child stars no longer, they are businesswomen, working mothers, and super relatable to the fans that once loved them well. Trust me, these women have been up to a lot since the shows that made them famous ended way back when.

Even though she is best known for her role as Al in Step by Step, Lakin hasn’t left Hollywood for a minute. Since her turn in the ‘90s sitcom that made her famous, she has continued to star in a number of television and hosting gigs, including CSI, Melissa and Joey, and Valentine’s Day. But more touching than her amazing career is her adorable new daughter, Georgia James.

Long after her role on 7th Heaven made her famous, Mitchell continued to star in a number of television and film projects, including The Secret Life of the American Teenager and Gift Wrapped Christmas. In addition to her thriving career, Mitchell is also a mom to Kenzie Cameron and the wife of accountant Michael Cameron.

After making a huge comeback in Fuller House and signing on to star in Season 22 of Dancing with the Stars, Sweetin is living life in the spotlight these days — just like she used to do when she starred as Stephanie Tanner on Full House. In addition to her recent television roles, Sweetin is also mom to Zoie and Beatrix.

So, their careers may still be thriving, but it’s clear that these actresses are more than just former child stars these days. They’re juggling having a life and having a career just like we all are, which is all the more reason to tune in and dream about being their best friend all over again.