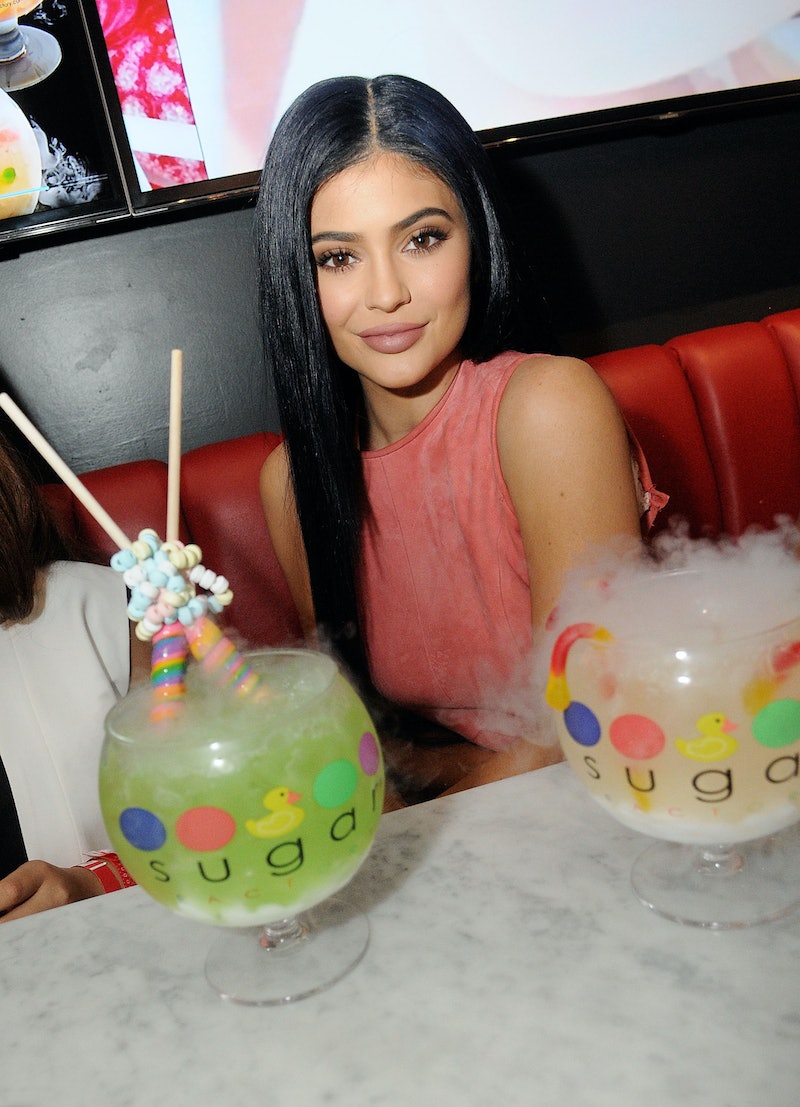 You thought getting your hands on Champagne Pop was hard when it comes out? Try dealing with the struggle of snagging Kylie Jenner's Lip Kits. Now, Jenner has teased a new burgundy hue, and I'm wondering when will the new burgundy Kylie Lip Kit come out. Jenner restocked her shades a few days ago, and now, she's back at it again on social media driving everyone crazy with the idea that we might, just might, get our hands on the perfect matte liquid lip and pencil, in a new shade, no less.

Jenner's Lip Kits have been some of the most talked about products on the Internet. While other celebrities, like Gwyneth Paltrow and Jessica Alba, have their own line of cosmetics, it's been hard for any other star to challenge the viral popularity of these kits. Considering they were released less than a year ago, it's actually kind of insane how popular they have become. The latest launch — featuring the super popular orange shade 22 — sold out in only minutes, and the trend doesn't seem like it's going to stop.

While there is no clear date or time for the launch, based on previous launches, I've got some guesses that it could be sooner than you think. Here's are the clues:

The Time Between The Tease & Launch Of 22

Jenner began teasing 22 roughly three weeks before its launch. If that stays consistent, we could all be seeing a launch before the end of March.

Things Are Speeding Up

Instagram seems to be Jenner's chosen method of torturing us, but the torture seems to be getting shorter. With Posie K and Mary Jo K, Kylie continued to tease the social media masses for longer. It seems like production may be spending up.

Jenner may have debuted the new shade on the Kylie Cosmetics Instagram, but her post over on her personal page shows the full range of Lip Kits. Maybe it's a hint for a new addition to the family? Maybe because they'll be restocked soon?

I mean, she said it'd be before April, so there's that.

This new burgundy Lip Kit could be yours by the end of the month. Time to stalk that website, now.