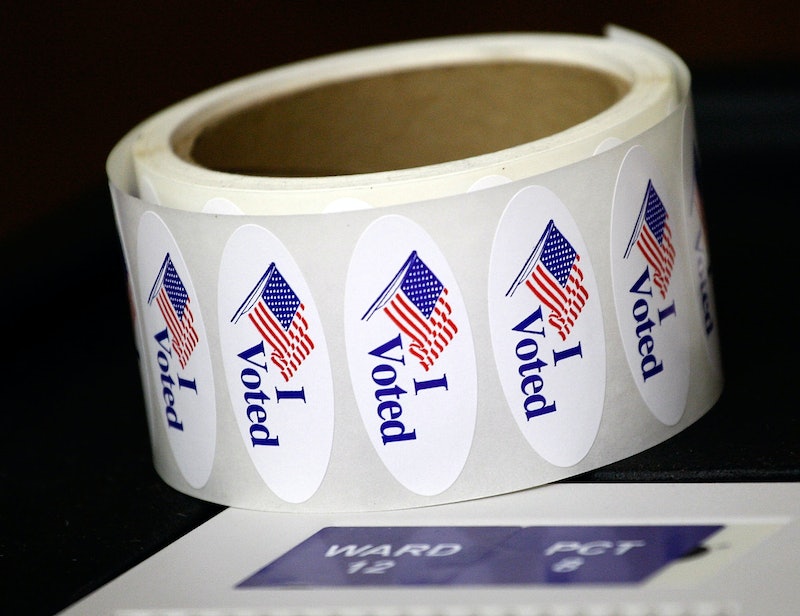 The current state of the GOP race has many — particularly members of the party's establishment — repeating a new mantra: "contested convention." The reason? You guessed it: Donald Trump. As primary voting continues, it will become clearer just what can be done to keep Trump out of office. One possible solution is to run a third-party candidate, but the Republican establishment hopes that it won't come to that. The current goal is a contested and then brokered convention in Cleveland this July. So you may be asking: What is the difference between a brokered convention and a contested convention?

Despite their seeming interchangeability in the press, they are not the same. The two can go hand in hand, but that is not necessarily the case, either. For either scenario to happen, no candidate can have more than 50 percent of the national convention delegates. When this happens and the winner of the nomination heading into the convention is not clear, you have what's called a "contested convention." Then, if a candidate is chosen in the first round of voting, the show's over and it was just a contested convention. But what if there is not a winner in that first round?

That's when it would officially become a "brokered convention." In the subsequent rounds of voting, delegates are released by the candidates they are bound to, as well as by their state's individual rules — some just have to wait until round two, others round three, etc. The most recent brokered conventions have had three or fewer rounds, but the Democratic convention in 1926, for example, had 103 rounds of voting. It all depends on how long it takes for support to coalesce around one nominee.

This is the anti-Trump plan that GOP leaders have formulated, but the big challenge comes before the convention, because it all falls back on him heading to Cleveland without a majority of delegates this July. To keep him under 50 percent, the Republicans against Trump will have to fight a delegate-by-delegate battle in the remaining states. According to The New York Times, the anti-Trump team is currently focused on Wisconsin, where voting will take place next week. The important races this week, Utah and Arizona, are thought to have been decided. Polls point to Cruz winning Utah and Trump winning Arizona, which is one of the winner-take-all states.

Trump has come out against a brokered convention strongly. He said on CNN Wednesday what he thinks would happen — once again using violent language. "I think you'd have riots. I think you'd have riots. I'm representing a tremendous many, many millions of people," he said on New Day. He said that even if he's a few delegates shy of a majority, he should still get the nomination. On Sunday, he clarified his position on This Week, saying he would tell supporters not to riot, but that his supporters are "fervent," and it could happen anyway.

The last truly brokered GOP convention was in 1948. New York Gov. Thomas Dewey was chosen on the third round of balloting. The last contested convention was much more recent, coming in 1976. Then-President Gerald Ford was challenged by Ronald Reagan, and going into the convention, neither had the necessary majority. Ford was able to win in the first round, though, thanks to the unpledged delegates. Neither Dewey nor Ford won the general election.