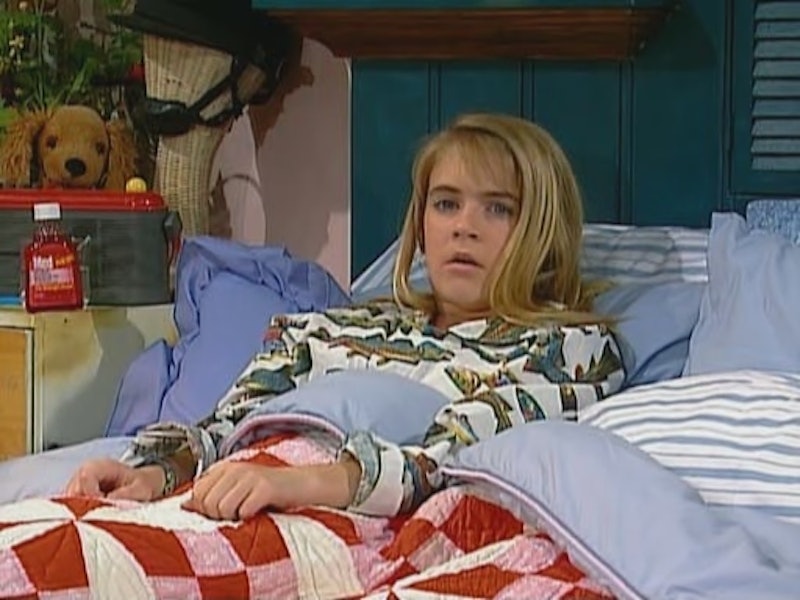 Once, long, long ago, there existed a magical time free from the stress of adulting. A day when you could just kick it at home, without worrying about deadlines or Word docs, this fabled time was known as a "sick day." Back then, all it took was a slight sniffle and a worried look from Mom, and you were free to do all the things you did on a sick day in the '90s that made it one of the best guilty pleasures of growing up. Accordingly, most of us figured out early in our education how to hit the maximum number of allowed sick days without making our parents suspicious. Can you blame us? Ferris Bueller was the golden standard for sicks days during our formative years.

Of course, sick days are never the same once you cross the threshold into adulthood. If we have any sick time accrued at work, it's typically reserved for honest-to-goodness, so-sick-you-can barely-form-coherent-sentences kind of illness. Otherwise, we typically just stick it out at work to avoid lectures from the boss, losing out on a day's pay, or any other reason that serves as further proof adulting can seriously be the worst sometimes.

Besides, sicks days back then involved the right to invoke parental care if your condition did actually get worse. These days, we're the ones doing the caring for. So, if only for mere moments, let's return to the simpler time by revisiting all the things we did during sick days in the '90s.

The early part of sick days were essentially like Saturday mornings. You could curl up on the TV with your fluids of choice (Mom's orders) and just sip and stare the first half of the day away. I'm talking Gargoyles, Captain Planet, Batman: The Animated Series, Bobby's World, Tiny Toon Adventures ... new or reruns, these shows supplied a steady stream of sick day entertainment.

2. Pretend to be on The Price Is Right

Come on down — you're the next contestant on The Price is Right! Those words were like sweet music to every '90s kids ear during sick days. God help me, I never once predicted a showcase showdown right, but it sure was fun to watch. Besides, who didn't love Bob Barker?

3. Slurp Down Some Campbell's Soup

You know, the ones in the small cans that required mixing with a cup of water. There may not have been much to these little guys, but there was just something about a stack of Saltines and a hot bowl of Chicken Noodle Soup or Chicken & Stars that made a '90s kid feel infinitely better (whether they were really sick or not).

At some point, you'd venture over to your family's desktop computer — which was probably sitting in the dining room or some other communal area — and while away some times with games like Minesweeper (I sucked then and now), Windows Solitaire (the beach cards were my jam), or that pinball game everyone resorted to when they were super bored.

There were certain foods in the pantry that you normally only got to enjoy if they were being doled out by your parents. But you were sick and had free reign, which meant you were willing to take the gamble that even if you got caught scarfing down three packs of Dunkaroos, your mom would just be glad you "got your appetite back."

7. Wonder What Your Friends Were Doing

Sure, sick days were the best in their unbridled glory. But, if we're really being honest, there was always at least one point in the day when you got incredibly bored and kinda sorta wished you were passing notes with your BFFs in third period or whenever. If only you had the panache to pull off a sick day of Ferris Bueller proportions! Long live the Sausage King of Chicago, who chased away loneliness with street parades and other epic shenanigans.

8. Double Down on the Sick Card

After all was said and done, you still wouldn't mind having just one more day of freedom. So you did what any red-blooded, '90s kid would do — you played the sick angle to the max, even affecting a cough or pretending to be sleeping when your mom walked in to check on you. Because, genius.