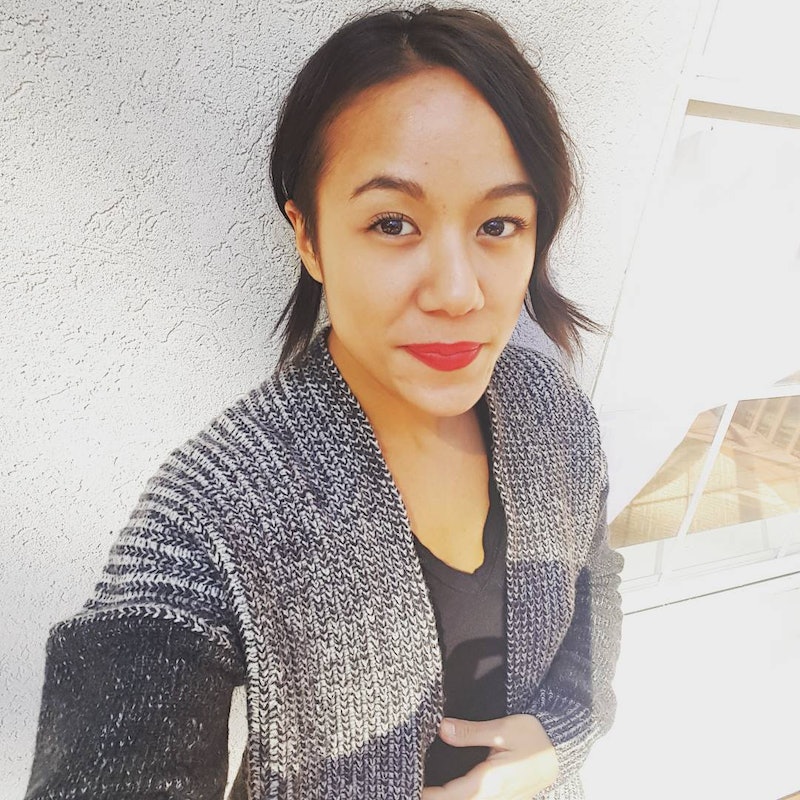 This is not a fun thing to admit, but I used to be a toxic person. In fact, my level of toxicity hurt everyone in my life and drove many people away. I was a master at being selfish and making everything about me — all the time. It made a particularly tough period of my life even harder to deal with, too. I was in the deepest, most depressive phase of binge eating disorder (BED), and I was unhappy with the overall direction my life had taken. But I eventually got the help I needed, and now I'm able to look back and see the repercussions of my toxic behavior without experiencing overwhelming guilt.

Even though this all happened a long time ago, it's not easy for me to put this information out there. But as uncomfortable as it is to write about, I know it will be worth it if just one person can benefit from my honesty. Because as useful as it is to read about the textbook psychology behind emotional toxicity, reading about someone else's personal experiences as a toxic person will probably be more beneficial. Maybe my story can help you identify some behavior in your own life that you could do without, or perhaps it will help you notice which of your friends are tearing you down.

Here are seven ways I used to be a toxic person, and how I recovered:

1. I Said A Lot Of Passive Aggressive Things

I was the kind of person who would insist for days — sometimes weeks — that I wasn't mad. No, I'm not mad. Not like you would care if I were anyway, I would say to my boyfriend all the time. I would spout similar things to my mom and my girlfriends, too. On top of that, I would frequently criticize others in underhanded ways, rather than have a frank conversation about why I was upset.

How I Recovered: Therapy was my savior in this department, because toxicity can't really be reasoned with. No matter how many of my loved ones called me out on being passive aggressive, it only stuck when my therapist bluntly put it out there for me.

"Do you hear how passive aggressive that sounds?" he said to me once.

I was stunned, but because he wasn't someone that I felt comfortable fighting with on the subject, I actually went home and mulled it over. Gradually, I started to see just how right he was — and how right my loved ones had been.

2. I Was Jealous Of Everyone

It was impossible for me to be happy for anyone when they came to me with good news. I coveted my mom's new car at a stage in my life when I neither needed or wanted a vehicle. I resented how good my friend got at Zumba, even though I hated it. My envy ended up seeping into even the most remote corners of my social life.

I wasn't actively choosing to be jealous all the time, but much of my time was spent thinking about other people's accomplishments and possessions instead of finding ways to make myself happy.

How I Recovered: I spent a lot of time thinking about the things I was most insecure about in my life. I realized I wasn't satisfied with where my career was, and I definitely wasn't making the money I needed to pay my bills and student loan debt. I discovered that it was hard for me to stomach the smallest of someone else's achievements because I was so distressed about my own lack of success.

I consulted a trusted few, and with them by my side, I constructed a game plan for the next few years. I turned my nasty thoughts into productive, healthy ones, and from there I finally found relief from my envy.

3. I Blamed Other People For My Problems

I was a champion at the blame game. I pointed the finger at my roommate for the state of our apartment, (which I rarely lifted a finger to clean) and insisted my yoga teacher was the reason why I couldn't balance perfectly in class. I thought my life would feel simpler if I wasn't the one at fault for the unpleasant things happening to me.

How I Recovered: Therapy helped with this, too. My therapist gave me a few tools to practice when I found myself on the verge of pointing fingers. Eventually, I started to feel relief when I took responsibility for my own actions. It took a lot of pressure off of my relationships, too.

I loved a juicy piece of gossip — actually, I thrived off of it. Furthermore, not a day went by when I wasn't involved in some sort of spectacle, whether it was arguing with a barista or demanding a refund at Urban Outfitters.

Toxic people habitually make themselves the center of attention, and they do so in negative ways. It's our misguided way of burying the emotional pain we feel on a daily basis.

How I Recovered: One of my favorite yoga teachers said something that changed my life: "You can either live in a tornado of drama, or remove yourself from the storm and choose to live in peace." That really stuck with me. I didn't want to be trapped in a whirlwind of gossip and emotional turmoil anymore. Every day I made a point to steer clear of drama. Over time, avoiding drama became a habit.

5. I Flirted With People Who Weren't My S.O. In Ways That Damaged My Relationship

I hate that I hurt my now-ex boyfriend by doing this. Most of my flirtations happened online rather than in person, but that didn't make them any less damaging to my relationship. Of course, my chats started out innocently enough; but eventually my emotional dependence on them drove a wedge between my S.O. and me.

How I Recovered: As you can imagine, the guy I was with during this period of my life didn't stick around. We split up for a lot of reasons, and most of them had to do with my toxic behavior.

After our breakup, my friends and therapist helped me realize that my behavior was coming from my own deeply rooted insecurity. The more I focused on my own issues with body image, the more I developed self-esteem. Soon, I didn't need attention from men like I used to.

6. I Pressured People Into Partying With Me

It's no secret that toxic people tend to veer toward the party scene. Going hard on Friday nights is a sweet escape from all the noise in our heads, and it's even better when we're surrounded by friends.

Back when I was drinking a lot, I would drag as many people as I could to various bars and clubs. When they politely refused, I would manipulate them into keeping up with me until sunrise.

How I Recovered: I stopped drinking as much, and I started being more open with my friends. Whenever I felt the urge to go out on the weekend with a group of friends, I called them up and told them flat out that I was feeling a bit restless. My newfound honesty prompted them to help me out rather than enable my behavior.

7. I Ignored My Friends When I Didn't Feel Like Talking Or Hanging Out

My friends could text me a million times in a row asking for a listening ear, but if I wasn't feeling up for it, I would blow them off without a second thought. I did this for a long time. Not surprisingly, I lost a lot of friends because of it. When I was an emotional wreck, though, I responded lightning-fast to any invitations to hang out. My friendships were terribly one-sided.

How I Recovered: I apologized to my friends, and I asked them to hold me accountable for any future flakiness. Then, I started responding to all their texts, calls, and emails the second I received them.