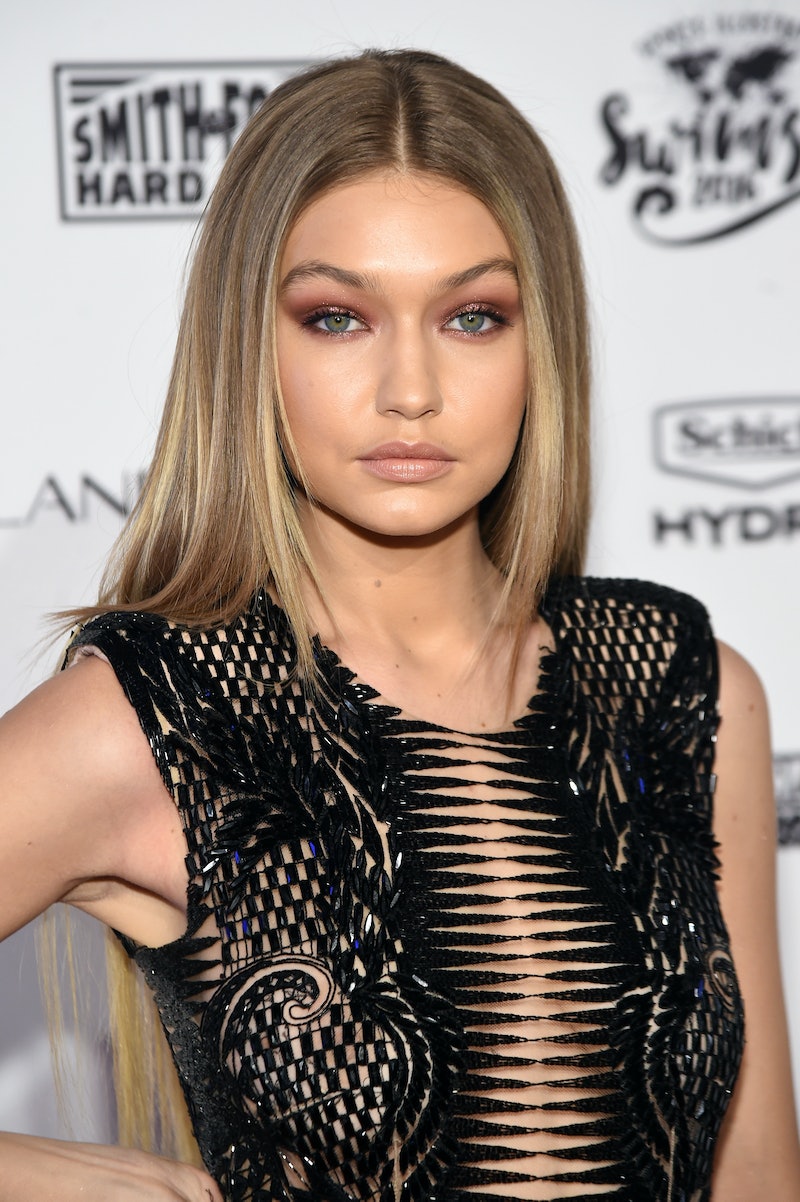 Much like her best friend Taylor Swift, Gigi Hadid is quite the cat lady. Felines frequently pop up on the supermodel's Instagram, usually in photos with her boyfriend Zayn Malik. This picture trend continued over the weekend, but for a way more heartbreaking reason. On Sunday, Hadid mourned the loss of her cat Chub with an Instagram post. Along with a photo of her and Malik snuggling the cat, she wrote, ":( we love you always chub." Despite their big grins in the snapshot, there's no denying the caption is absolutely heartbreaking and is sounds like a major loss.

Anyone who's lost a pet knows firsthand that animals really can be like part of the family. Considering how much her cat appears in her pictures, Gigi truly bonded with Chub. ZiGi shippers may even view the cat as more significant, considering it was a photo Hadid posted of Malik and her cat that first clued fans into the fact that they were dating. That black-and-white image essentially let everybody know they were a couple. It's almost like they bonded over the furry friend, so it makes it even sadder that Chub is no longer around.

You can check out the sweet tribute below.

Following that announcement, she shared another photo of Chub and her other pet cat.

Here's a look back at the photo of Malik and the feline, which was posted on Valentine's Day. Considering they spent half of their lives in the public eye, it makes sense that when it's just the two of them, they prefer to just chill and relax with their cats for comfort. It really highlights what a low-key couple they are.

Hopefully her boyfriend and her other pets will provide some comfort during this undeniably tough time. Although Hadid has a dog, as well as a kitten named Cleo, a loss is a loss. Rest in peace, Chub.