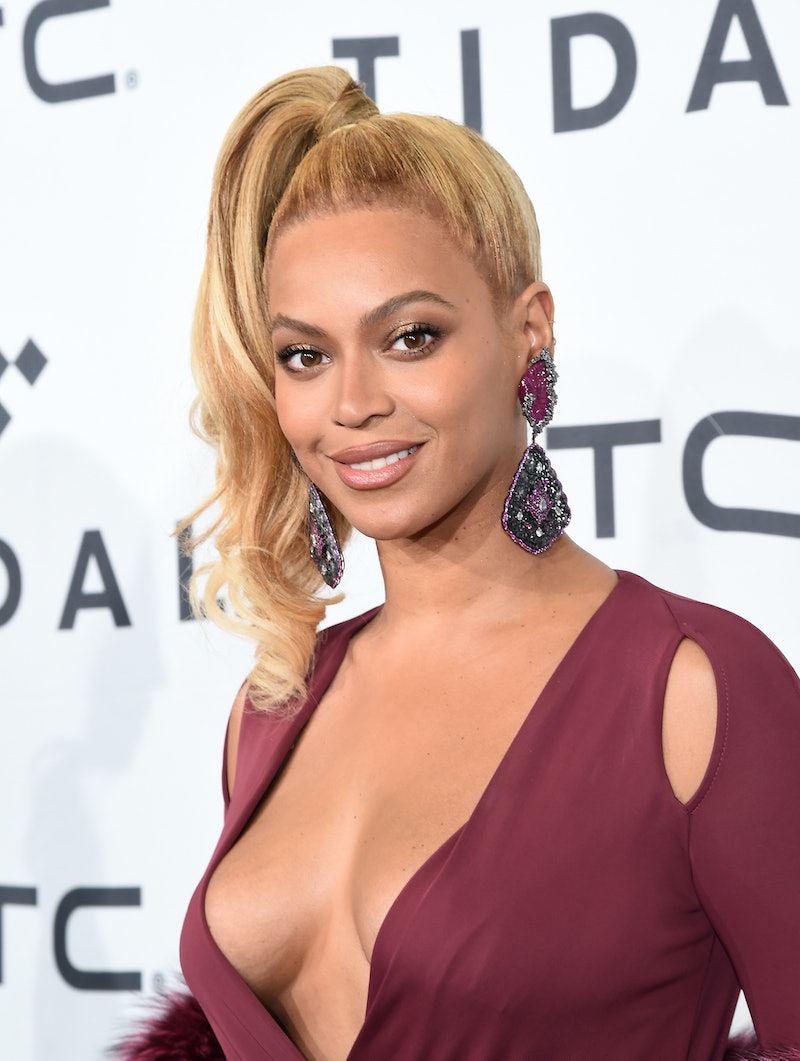 Although some parts of the country got snow on Sunday, it officially marked the first day of Spring. Mother Nature may have missed that memo, but a certain famous family did not miss a beat. Over the weekend, Beyoncé, Solange, and Blue Ivy threw a tea party to kick off the season in the best possible way. The "Formation" singer shared the colorful snapshots on her personal website and the phrase "adorable" is an understatement. Blue is absolutely precious!

The 4-year-old is the true star of the photos. In one shot, she's wearing a big pair of bunny ears. Obviously Blue is getting ready for Easter. It also appears that there are a few other rabbits photoshopped into the pictures. I guess they decided not to get any live animals involved, although honestly that would have taken the already amazing photoshoot up a notch. Then again, in a way, this makes the photos like a work of art, since Beyoncé decided to edit and add to the images.

Here's a round-up of Bey and Solange's photos with Blue. They'll inspire you to go for a walk in the park, make your own flower crown, and throw a tea party ASAP.

Aunt Solange is such a good sport for wearing that hat and participating in Blue's spring festivities. I also would like to think she's nibbling on some candy in this shot, as you should at a tea party.

I may need to try and find a grown-up version of that dress. It's so stylish! Plus, you can see the photoshopped bunnies in the background of this shot. And I'm guessing the flower crown is edited on as well.

That background is incredibly artsy. Also, of course I'm sitting here imagining what kind of tea and snacks were served at this celebration.

Is it possible for Blue get any more adorable? The answer: Nope.