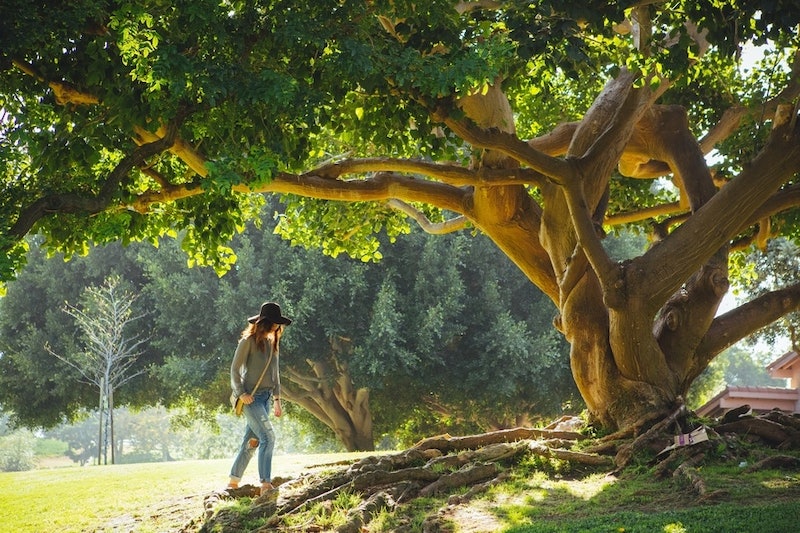 I've always considered myself an environmentalist, albeit a somewhat lazy one. I try to carry cloth bags with me instead of using plastic, and to shop at the farmers' market (which, sadly, I recently found out is not always actually better for the environment). But while I've been trying to recycle my clothing and use metal water bottles for a while now, there was one change I could have made a long time ago that would have made more of difference for my carbon footprint than anything else: eliminating or reducing meat and dairy from my diet.

Simply put, raising animals for food requires massive amounts of land, food, energy, and water, and is a leading cause of climate change. Whether or not you do it because of the animal suffering, if you care about global warming and our environment, one of the most impactful and simplest things you can do is to eliminate or reduce your meat and dairy consumption. Even the U.N. has said it: "a substantial reduction of [environmental] impacts would only be possible with a substantial worldwide diet change away from animal products.”

Riding your bike and taking shorter showers is also wonderful, but none of those actions has close to the impact on the environment that your food does. Cutting out meat and dairy (or even just starting with meat, or eating vegan one day a week) is the single largest thing you can do to immediately fight global warming. Here's why.

1. Eating Vegan Or Vegetarian Even Just One Day A Week Has A Huge Impact

Here are the facts: If you eat vegan even for just one day a week, you have had a greater positive environmental impact than if you were to eat only locally-grown food seven days a week. According to Environmental Defense, if every American skipped one meal of chicken per week and substituted vegetarian foods instead, the carbon dioxide savings would be equivalent to taking more than half a million cars off of our roads. If everyone ate vegetarian one day a week, we'd also save 100 billion gallons of water (aka enough to supply all the homes in New England for almost four months); 1.5 billion pounds of crops otherwise fed to livestock (enough to feed the state of New Mexico for more than a year); and 70 million gallons of gas (enough to fuel all the cars of Canada and Mexico combined and then some).

And that is just the effect of one day.

2. Animal Agriculture Is Responsible For 91 Percent Of Rainforest Destruction

First, try to wrap your head around this fact: Livestock or livestock feed now occupies around 30 percent of the earth’s entire land surface. Now, consider this: one to two acres of rainforest are being cleared every second. Up to 137 species of animals, plant, and insect species are lost every day due to this destruction.

Livestock production is a key factor in deforestation, especially in Latin America, where cattle ranching now occupies nearly 75 percent of the deforested areas of the Amazon rainforest, and more than 90 percent of the Amazon that’s been cleared since 1970. About 260 million acres of U.S. forests have been cleared to create cropland to produce feed for animals raised for food.

It takes almost 20 times less land to feed someone on a vegan diet than it does to feed a meat-eater, since the crops are used directly.

If you eat meat, you are actively contributing to climate change. The billions of chickens, turkeys, pigs, and cows who are crammed onto factory farms produce enormous amounts of greenhouse gases. In fact, the livestock sector is one of the largest sources of carbon dioxide pollution, and the single largest source of both methane and nitrous oxide, which are many more times potent than carbon dioxide.

Depending on which measurements you go by, anywhere between 14 percent and 51 percent of global greenhouse-gas emissions are caused by animal agriculture. It's not just that all the animals that are bred solely for our consumption give off large amounts of greenhouse-gases — it's the entire massive industry around them. Every day, animals are packed onto huge semi-trucks, shipped around the world, and processed in large factory-style slaughterhouses, where it then takes an enormous amount of energy to kill them and ship their parts around the world.

What's worse is that it's only increasing: Emissions from agriculture are projected to increase 80 percent by 2050, as meat consumption is rising and our global population is exploding. (So, not having kids or adopting would also help, but I think it's unrealistic to ask you to do that.)

4. Making One Hamburger Uses As Much Water As Showering For 2 Months

Almonds have gotten a bad wrap in California for the amount of water consumed in their production. But as you can see above, for all the press almonds have recently received, the water it takes to grow them pales in comparison to the amount it takes to produce eggs and meat. In fact, the production of just one hamburger takes as much water as you would use in two months of showering. It takes an estimated 660 gallons of water to produce a hamburger, while producing 1/4 pound of tofu only requires around 60 gallons of water.

The livestock business is among the most damaging sectors to the earth’s increasingly scarce water resources. It takes an enormous amount of water to grow crops for animals to eat, clean (still filthy) factory farms, and give animals water to drink. A single cow used for milk can drink up to 50 gallons of water per day — or twice that amount in hot weather.

You might know all this already from the 2014 documentary Cowspiracy: The Sustainability Secret (which is on Netflix). The film points out that a person who eats a vegan diet saves 1,100 gallons of water every day, compared to a typical meat-eater's diet. By comparison, even if you follow all the government's recommendations for conserving water, you'll still only save 47 gallons a day. (That the reason the government's recommendations for saving water don't include a vegan diet probably have a little something to do with our country's powerful animal agriculture lobbies.)

5. Animal Waste Is A Leading Cause Of Environmental Pollution

Animals raised for food in the United States make more sh*t than our entire human population. A single dairy cow produces approximately 120 pounds of wet manure per day, an amount equal to about 20-40 people. According to the U.S. Environmental Protection Agency (EPA), animals on U.S. factory farms produce about 500 million tons of manure each year.

Here's why this is bad for the environment: With no animal sewage processing plants, waste is most often stored in “lagoons” (which are so large they can be seen in aerial views of factory farms), or they get sprayed over fields — and no, that's not just fertilizer. Factory farms spray the waste to dodge water pollution limits, creating mists that are carried away by the wind, and the poor people who live near the farms are forced to inhale the subsequent toxins and pathogens.

Furthermore, when it's improperly stored and used, animal waste can destroy ecosystems and contaminate underground drinking water supplies, by allowing manure to escape into the surrounding environment. When contaminants from animal waste seep into underground sources of drinking water, the amount of nitrate in the ground water supply can reach unhealthy levels. Babies are particularly susceptible to high nitrate levels and may develop something called "Blue Baby Syndrome" (methemoglobinemia), an often fatal blood disorder, as a result.

A lot of energy is used to turn a piece of an animal into a steak on your plate. First, there's the energy it takes to grow the grain to feed the cattle, which requires a heavy input of petroleum-based agricultural chemicals. Then, there’s the fuel required to transport the cattle to slaughter, and then to market. Today, much of the world’s meat is hauled thousands of miles. Oh, and after being refrigerated, it has to be cooked. It all adds up to a lot of energy.

According to the World Watch Institute, "it takes, on average, 28 calories of fossil fuel energy to produce one calorie of meat protein for human consumption, [whereas] it takes only 3.3 calories of fossil-fuel energy to produce one calorie of protein from grain for human consumption. It takes the equivalent of a gallon of gasoline to produce a pound of grain-fed beef in the United States. Some of the energy was used in the feedlot, or in transportation and cold storage, but most of it went to fertilizing the feed grain used to grow the modern steer or cow… To provide the yearly average beef consumption of an American family of four requires over 260 gallons of fossil fuel."

7. Animal Agriculture Is Using Grain That Could Be Going To Hungry People

Worldwide, around 50 percent of grain is fed to livestock — food that could instead be used to feed hungry people. The world’s cattle alone consume a quantity of food equal to the caloric needs of 8.7 billion people; more than the entire human population on Earth. According to the U.N. Convention to Combat Desertification, it takes around 10 pounds of grain to produce just one pound of meat, and according to the U.S. Department of Commerce, Census of Agriculture, 56 million acres of U.S. land are producing hay for livestock and only 4 million acres are producing vegetables for human consumption.

"If all the grain currently fed to livestock in the United States were consumed directly by people, the number of people who could be fed would be nearly 800 million," David Pimentel, professor of ecology in Cornell University reports. It's estimated that 795 million people in the world don't have enough to eat, so that would cover them, and then some. You don't even need to care about animals to see how that's messed up.

Cutting meat and/or dairy out of your diet — even starting with just one day a week — has a much bigger impact on our environment than any other lifestyle change you can make. It's simple, it's good for your health, it takes a stand against animal suffering, and it may even make you feel like a better person.

Really, there's nothing to lose — except a hospitable planet.