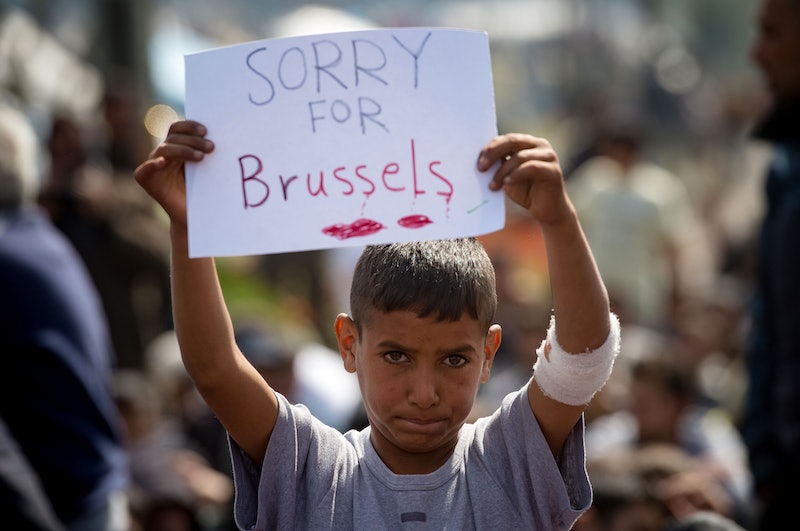 Multiple blasts reportedly killed at least 20 and wounded 106 people (17 of them severely) in attacks in Brussels on early Tuesday morning, reported BBC News. As a result, the world is showing support with an outpouring of photos on social media.

According to BBC News, two blasts rocked the airport in nearby Zaventem, one of which is thought to be caused by a suicide bomber. The explosions have left Brussels in a complete lockdown; all metro stations, city transit (including buses and trams), and Eurostar train journeys have been shut down. Additionally, all flights out of Brussels Airport on Tuesday were cancelled, with planes being diverted from the area in the time being. In response to the attacks, Belgium has raised its terrorism threat to its highest level (level 4).

In moments like this, it can be difficult to figure out what to do. So besides looking for ways to help the victims, the world is letting Belgians know they are not alone by posting photos in solidarity. People are taking to Instagram and Twitter to share photos of past vacations, banners of support, and images of time spent in the city. It may not feel like much, but these photos from around the world allow people to come together.