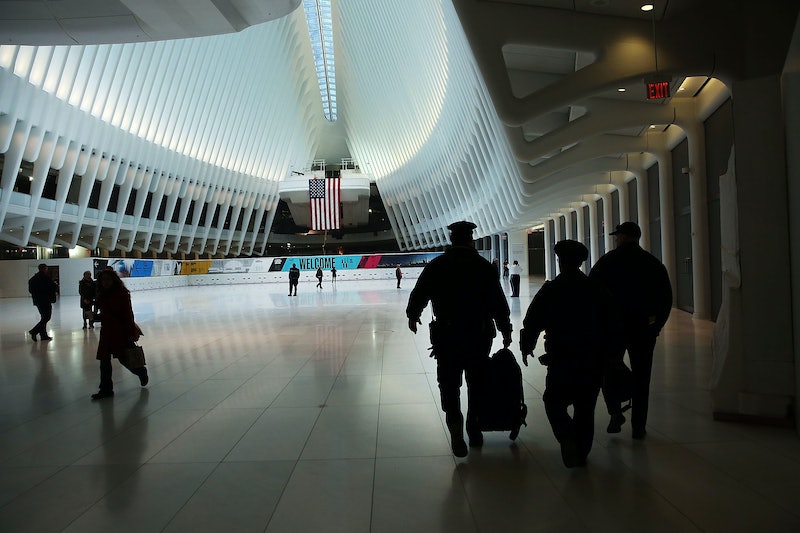 On Tuesday, at least 30 people were killed and more than 200 others injured in a series of attacks throughout Belgium's capital city of Brussels. Beginning around 8 a.m. local time, two explosions occurred at the local international airport, and another took place at a metro station in the center of the city. ISIS claimed responsibility for the attacks, and Brussels police are pursuing one potential suspect, who was seen walking through the airport with two suspected suicide bombers.

Tuesday's attacks came less than five months after another string of ISIS-inspired attacks, which took place in Paris last year. There, 130 were killed in bombings and mass shootings throughout the area. Most of the suspects in the Paris attacks are deceased, as several of them either died by suicide in the bombings or subsequent police raids. Salah Abdeslam, considered the last surviving suspect of the Paris attacks, was arrested in Brussels on Friday. Abdeslam, a Belgian-born French national, is also suspected of helping to plan Tuesday's attacks.

Like the situation in Paris, at least two of the suspects in Tuesday's attacks were thought to have blown themselves up in suicide bombings at Brussels Airport. Police released an image of these suspects walking through the airport with luggage carts shortly before the bombings. A third man, wearing a light jacket and dark hat, is seen walking with them. That man is "actively being sought," according to police.

The image was reportedly taken from security camera footage within the airport. Each of the two men in dark clothing is wearing a single glove on his left hand. The man in the light-colored jacket, though, is not. Instead, he dons a hat, while his mates do not. The police have not released any names of the potential suspects as of Tuesday night, but they do believe that the two men with gloves and dark clothes were suicide bombers.

Tuesday's bombings constitute the deadliest terror attack in Belgium since World War II, Public Radio International reported. The twin bombings in the airport killed more than 10 people, while the attack at the metro station killed at least another 20. The attacks have reignited the already high level of concern throughout Europe about the threat of ISIS-inspired terror attacks. France has remained under a state of emergency since November, when the Paris attacks occurred. Belgium has declared at least three days of mourning following Tuesday's attacks. The potential for future attacks remains a concern throughout the continent.