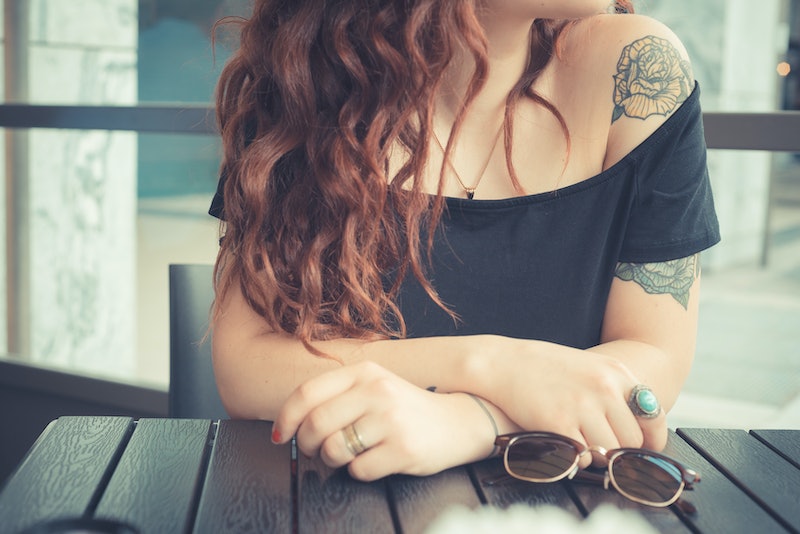 Of the many sexual and relationship choices available to us today, there’s one we don’t talk about all that much: celibacy. And while some people are celibate because they haven’t met someone they want to have sex with who also wants to have sex with them, there are others who have consciously chosen to be celibate. Yup, you read that right: There are people out there who are choosing not to have sex, even though they theoretically could.

But before we dive into why they’re choosing to be celibate, I want to pause for a second and point out that celibacy — for whatever reason — is a totally valid choice. Sex positivity is a nice big umbrella that includes any and all sexual choices that are healthy and consensual. Choosing not to have sex definitely falls under that category, just like choosing to have sex with a lot of different people or choosing to have sex with only one person does. The only time that any of those choices become problematic is when they’re not choices but something that’s being forced on a person by someone else.

So why might someone not want to have sex? Here are seven reasons why someone might choose to be celibate.

1. Their Religion Doesn’t Mesh With Their Sexuality

On a recent episode of the Huff Post Love + Sex podcast, hosts Noah Michelson and Carina Kolodny spoke with author Eve Tushnet, who explained that her choice to be celibate was because she’s gay and Catholic. While a lot of queer people are finding more and more ways to be true to their sexualities and their faith traditions, Tushnet holds to the Catholic ban against sex outside of heterosexual marriage. And because she’s a lesbian, that means she can’t have sex.

Sexual violence affects so many people and some of those people choose not to have sex as a result of their experiences. Not all people who have survived rape, assault, and child sexual abuse decide to abstain from sex, but some do and that’s their choice to make for their own psychological health.

Some religions are very clear about their feelings about not having pre-marital sex — and some religious people choose to adhere to that.

4. They Want To Focus On Other Things

Personally, I’ve totally been there with this one. Sometimes the search for love and romance and sex can become really overwhelming and keep us from other things — like hobbies and friendship and personal development — that are just as (if not more) important. There are people who choose to take a step away from the sex and romance smorgasbord and go on a fast in order to re-focus their energies.

5. They’re A Monk, Nun, Or Another Type Of Clergy

So many of the major world religions have some version of clergy who abstains from sex. Whether it’s Catholic priests or Buddhist nuns, these people believe that sex distracts from their love and devotion to their deity.

6. They’re Getting Over A Breakup

A post-breakup celibacy period seems to be as common as a post-breakup sex binge. For some people, healing from a breakup requires taking sex out of their lives for a bit before they dive back into the dating scene. It’s like a “do me” period.

Asexuality has been gaining more attention recently, as folks realize that not wanting to have sex is, for some people, actually more than just a choice but their sexual identity. Some people who are asexual are also aromantic — which means they have no interest in romantic relationships either — but others are interested in romance, but not sex. If you’re interested in learning more, definitely hop over to The Asexual Visibility & Education Network.