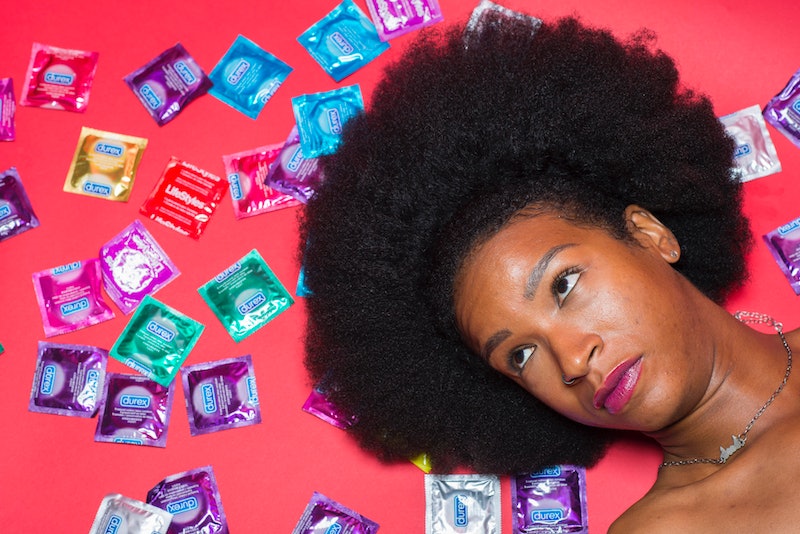 Sex is fun, healthy, helps us manage stress and anxiety, keeps our immune system in check, helps fight depression, and makes us really good looking. In fact, there are so many benefits to sex and fulfilling your sexual appetite, that to list them all out would be such an exhausting endeavor, so I’ll spare you. But not having sex can actually serve a purpose, too. You probably just don’t realize it yet.

Choosing to cut sex either temporarily or permanently out of your life is, just works for some people. Sometimes it complicates the relationship we have with our partner and other times we're not enjoying ourselves in the bedroom. For those who actively practice celibacy, giving up sex is the path to enlightenment. It takes them into an entirely different sphere of self-worth and self-understanding. They find clarity within themselves that sex seems to block and, from what I gather, are happier people.

While I realize that celibacy isn’t for many people, I do think not having sex, for whatever reason, does work for some at certain point their life. I’d even go so far to say that there are legitimate reasons as to why one might not want to have sex. Here seven of those reasons:

According to the US National Library of Medicine, 80 percent of UTIs occur within 24 hour after intercourse. Why? Because for those women who are susceptible to UTIs, sex is a catalyst for them. While there are things you can do to prevent getting a UTI, taking sex out of the equation might cut them totally from your life.

2. You Want To Be More Creative

3. You Have No Sex Drive

Whether it’s because of where your head is at, a medication that you're on, or some other reason, if you don’t have a sex drive then that’s a big reason to not have sex. Even if you’re in a relationship, you are not obligated to have sex with your partner. Having sex when you have no sex drive is like eating a sandwich when you’re not hungry. In other words, it’s just going to make you feel icky.

If you're always freaking out about STIs or pregnancy after you hook up with someone, it may be time to take a break until you feel more comfortable with your partner, sexual health, or birth control method. Feeling comfortable before and after sex is just as important for a good sex life.

5. You're Doing It Because You Feel Like You Have To

As much as sex can be a great stress reliever, sometimes when you have so much going on in your life, sex just isn’t a priority. You may feel pressured to be doing it because you've been seeing someone for a while or you're in a long-term relationship and feel like you're going through the motions. It’s in these cases where you know that you’re better off not having sex at all than having sex you don’t even want in the first place.

Let’s be honest: Sex can complicate things. Relationships complicate things. Although both definitely have their benefits, depending on what’s going on in your life, you might need to take a break from all of that so you can rediscover yourself on your own terms. When you’re ready to get laid again, you’ll have more than a few opportunities and each one won’t feel forced or contrived. It will feel natural and right again.

7. It's Not Making You Feel Good

I haven’t had sex in a long time. Longer than I’d care to admit actually. The sole reason for this is that I’m done with mediocre sex. In fact, I’m so over “meh” sex, that I’m content to live the rest of my life, if I have to, totally sexless than cave to mediocre sex. I’m better than that. You’re better than that. We’re all better than that, because sex is supposed to be pleasurable for everyone involved. The only thing worse than no sex is I’m-so-bored-leave-me-alone-please, sex. Ugh. I'm cringing just at the thought of it.