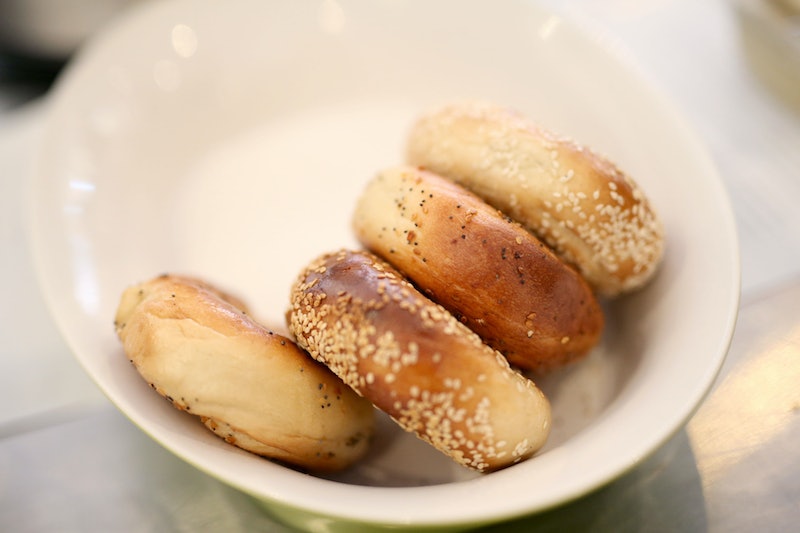 Are you living under a rock? If not, you've likely come across gluten-free diets, which aim to eliminate wheat and other gluten-containing products from the human diet and classify them as negative in basically every conceivable way. But what you know about gluten from the media and the real science behind it may differ significantly. Cutting down the amount of cookies and bread in your diet may lead to better health in general, but it's not because gluten is inherently a demon; for the small portion of the population with celiac disease it offers a significant obstacle, but for the rest of us, it looks like a fairly benign treat.

Bread, made from grinding wheat into flour, is one of the oldest recorded human foods; we've been digesting gluten for a very long time. The gluten-free fad has developed in response to many things, from the increasing awareness of celiac disease (though, as we'll discover, sometimes awareness doesn't lead to diagnosis) to the discovery in 2011 of a possible condition called non-celiac gluten sensitivity, which was thought to mean "ordinary" people could still have problems processing gluten. The problem? That sensitivity might not actually exist.

So gather your breadsticks, hoard your cupcakes, and ready the baguettes: this is a trip into the real science of gluten, and it's going to be tasty.

Chances are reasonable that you have a vague sense of what gluten is, or at least where it can be found: in wheat-based products. But it's actually, technically speaking, a combination of two different proteins. Gluten comes from the Latin word for "glue," and functions as a kind of storage matrix; gluten content is what, in fermented dough, traps carbon dioxide bubbles and forces a "rise" in bread.

LiveScience explains that "true" gluten as we understand it is comprised of gliadin and glutenin, two different types of proteins found in wheat endosperm. However, there are also gluten substances in other grains, like rye, because they have proteins from the same categories as the two wheat-based ones. Whether you define gluten as only wheat-based or in every type of grain product depends on how wide your definition is, but if you're talking in terms of celiac disease, that involves a severe inability to process gluten, and all its sources (wheat, barley and rye) need to be eliminated from the diet.

2. It Turns Up In Many Places

Gluten isn't just about bread. It's also an interesting component in many different food compounds. There are some sources of gluten you may not have thought about, from couscous to semolina and spelt, plus faro and fu. Some spices can be sold with wheat flour or wheat starch in them, according to TIME, while malt in all its forms (from malted milkshakes to malt vinegar) contains gluten too. People with celiac disease also report gluten showing up in french fries, soy sauce, candy, salad dressings, and even communion wafers. It's amazing how far gluten has come.

3. There's No Need For Most People To Be Gluten-Free

While gluten-free diets appear to be rising, there's no genuine need for most people to eliminate it entirely from their diets. Going gluten-free is only really recommended if you have celiac disease, which is actually an autoimmune disorder where the body regards gluten as an enemy on par with the Death Star. The Celiac Disease Foundation explains:

When people with celiac disease eat gluten (a protein found in wheat, rye and barley), their body mounts an immune response that attacks the small intestine. These attacks lead to damage on the villi, small fingerlike projections that line the small intestine, that promote nutrient absorption. When the villi get damaged, nutrients cannot be absorbed properly into the body.

It sounds fairly cut-and-dry, but that immune response and the damage to the villi can cause some serious problems. The deprivation of nutrients is one very dangerous issue: the Mayo Clinic outlines particular areas that can be damaged by a nutrient deficiency in celiacs, from the brain to the nervous system and internal organs. And that's on top of the indigestion, weight loss, and general discomfort. However, only roughly one percent of the population suffers from celiac disease, according to the New Yorker, and for the rest of us, it may not be a good idea to cut it out completely for dietary reasons. Scientific American, in its blunt 2013 article entitled "Most People Shouldn't Eat Gluten-Free," points out that for many people, grain-based foods are an excellent source of fibers and minerals, and many gluten-free products lack those benefits.

But what if you're not actually celiac but believe you may actually be sensitive to gluten? Well, sit tight: we may have a bombshell for you.

4. It Turns Out Gluten "Sensitivity" May Not Exist

The idea of gluten sensitivity, or a problem digesting gluten that didn't go as far as celiac disease but still played havoc with the system, was first suggested back in 2011 by a Monash University study. It seemed to suggest that gluten could cause gastrointestinal distress even in people without celiac disease. The result was the coining of "non-celiac gluten sensitivity," and millions of people suddenly wondering if their grumpy stomachs were caused by a gluten problem and reaching for the gluten-free menu.

The problem with this? The same group of scientists did a follow-up study, published in May last year, which found that "non-celiac gluten sensitivity" may not exist at all. (Ain't science great?) The new study found that, in people with irritable bowel syndrome who believed that they had non-celiac gluten sensitivity, gluten didn't have any appreciable impact on stomachs at all. The researchers suggested that, instead of gluten, the thing responsible for distress in IBS patients was something called FODMAPs, otherwise known as a group of carbohydrates called "Fermantable Oligo-saccharides Di-saccharides Mono-saccharides and Polyols". Many patients with IBS are put on FODMAP-free diets, which exclude things like garlic, onions, processed meat, and many types of dairy products, but allow things like buckwheat flour and porridge.

This story isn't done, though. Tests are still ongoing as to whether gluten sensitivity exists in people without IBS; and what may be believed to be sensitivity may actually be celiac disease in hidden form. Stay tuned to see whether this one's ever resolved.

In a truly upsetting study done in 2012, a group of scientists set out to see how many cases of celiac disease in the U.S. might go undiagnosed and unrecognized. They studied a whopping 7,798 people, who were examined for the particular antibodies that occur in celiac cases. The results? Of the nearly 8,000 people, 35 people had celiac disease. And 29 of them had no idea. How utterly grim is that?

According to health professionals, celiac disease is often misdiagnosed as irritable bowel syndrome because they share a very similar range of symptoms, and because of the possibility of FODMAP sensitivity in IBS sufferers, going gluten-free may actually help alleviate the symptoms of both. That's not awesome if you need a correct diagnosis (which you always, always do). In 2010, the charity Celiac UK found that 60 percent of its members had previously been misdiagnosed before getting a proper celiac confirmation, with wrong suggestions including gastroenteritis, anxiety, depression, ulcers, and appendicitis. Some were also suspected of making it up. Hurrah.