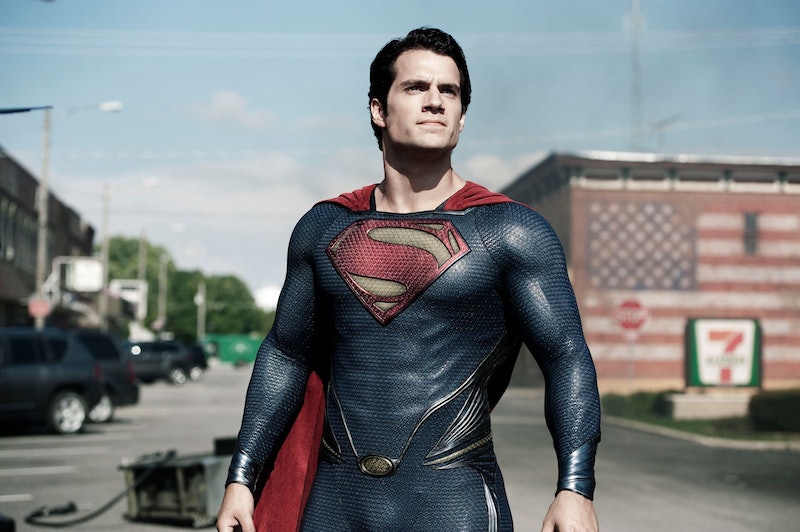 If you haven't seen Batman and Superman face off in Batman v Superman: Dawn of Justice yet, then you're going to want to save this to read post-viewing — major spoilers lie ahead! If your'e one of the millions of people who flocked to the theater to see Batman v Superman opening weekend, then you already know that the film ended with a pretty major death that could spell trouble for the Justice League films. After all, how can you have a Justice League without Superman? BvS ends with Superman dying during the fight against Doomsday, a giant monster created by Lex Luthor using Kryptonian technology. Washington DC, having accepted Superman as a hero (for now) in his death, honored him with an elaborate funeral while Martha Kent and Lois Lane buried Clark out by the Kent farm. With an ending like that, many fans are wondering what Superman's death in Batman v Superman means for Justice League and the other DC movies to come.

If you're not a comic book fan, odds are the ending — Superman being killed by Doomsday — caught you by surprise. However, avid comic book readers undoubtedly knew Superman's fate the moment Lex Luthor introduced his villainous creation as Superman's "doomsday." Doomsday is a monster who made his first comic book appearance in 1992's "Death of Superman." So, the fact that Luthor appears to have adopted that name for his creation is not a good sign.

As the name foreshadowed, Superman ended up sacrificing himself to defeat Doomsday, killing him with a Kryptonite spear originally made by Batman to kill him. In the film, as well as in the comics, Doomsday has the ability to absorb whatever forces are used upon it. For example, in the films the President tries to blow up Doomsday using a nuclear bomb, but only ends up giving Doomsday bomb-like powers of combustion. After Wonder Woman stabbed Doomsday with her sword, Doomsday gained the ability to create one of his own, which he used to spear Superman right through the chest. (Brutal, I know.)

If you're thinking that Superman can't die, you're partially right. Under normal circumstances, Superman is immortal. However, his defenses were weakened by Kryptonite. Also, Wonder Woman's sword has magical properties that make it fatal to Kryptonians. But, is Superman really dead? It sure doesn't look like it. Not only did the film end with the dirt on Clark Kent's coffin vibrating, suggesting movement inside, but Superman was also revived in the comics, suggesting that death by Doomsday isn't necessarily as permanent as it seems.

No matter how temporary it is, the Man of Steel's demise has already impacted the future of superheroes, specifically the Justice League. After paying his respects, Bruce Wayne, aka Batman, turned to Wonder Woman and asked for her help to track down other metahumans. Batman has a bad feeling that he'll need the Flash, Aquaman and Cyborg, shown briefly as characters being investigated by Lex Luthor, to come together and fight. If one good thing comes out of Superman's death, it's that it sends Batman on a search for more super powered allies, which, in turn, will lead to the formation of the Justice League.

Superman is scheduled to appear in Justice League Part 1, set for release in November of 2017, so it's pretty much a given that he's going to survive this temporary death. In the comics, Superman is revived using Kryptonian technology, but many fans agree that his return to life is probably going to be more straightforward in the films. In an interview with Collider, Snyder teased that he had a plan for Superman's resurrection, though he refused to give any hints. He did, however, confirm that Superman's death is, in many ways, the catalyst for the creation of the Justice League. "One of the big things I wanted to make sure of was that as we went into Justice League, Bruce Wayne was the one who was gathering the Justice League," Snyder said.

Snyder also revealed that Superman's death will help Clark Kent confront his humanity. "The ultimate thing you face [as a human] is your mortality, and that's a thing that I think is really cool about this," he said. Maybe Superman's brush with death will make him rethink his relationship with Lois Lane, who the Flash called "the key" while appearing to Batman in a dream-like scene.

However Superman returns, whatever happens in Justice League Part 1, the one thing we do know is that Superman's fate is far from sealed.